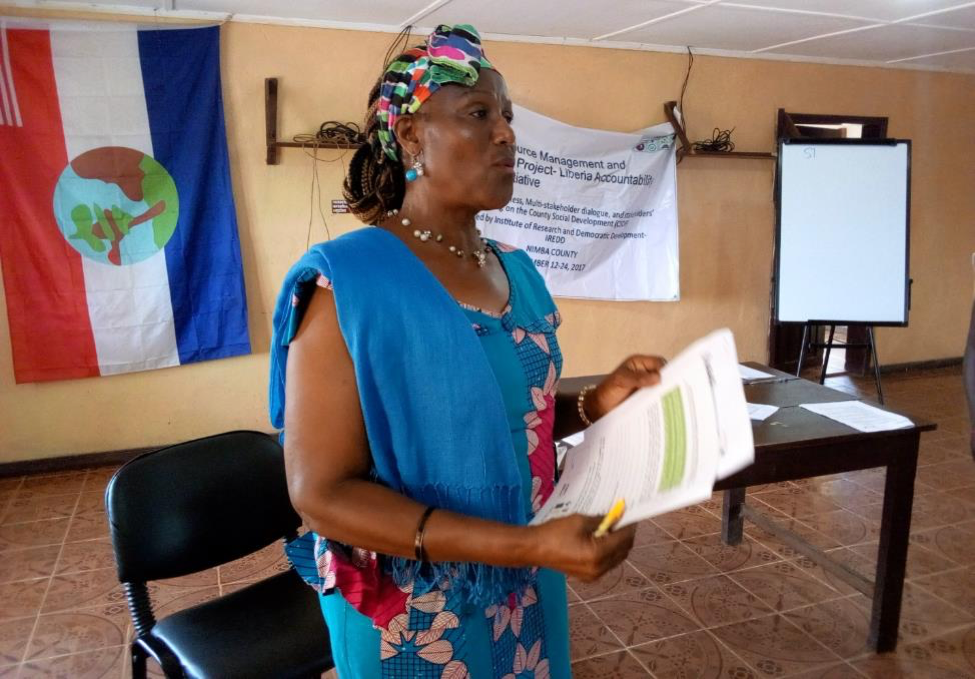 GANTA, Nimba â€“ The lone female candidate of Nimbaâ€™s first electoral district, Margaret Korkpor, has commended citizens of the district for supporting in her bid for the representative seat in the October 10 elections.

Although Korkpor said she remains disappointed over receiving only 1.1 percent of votes so far, she is thankful to the citizens of the district.

â€œI am so grateful to all of them for the level of support they showed me during the entire elections process,â€ she said.

The latest provisional results announced by the National Elections Commission put the incumbent lawmaker ahead of the other candidates with 49.6 percent of the total votes tallied in 24 of the 76 polling places in the district. Korkpor is in the fifth position.

â€œThis is our first time in the political field, and our people have put their confidence in us,â€ she said. â€œWe know that this is the beginning of our political career.â€

Korkpor, the wife of Chief Justice Francis Korkpor, vowed to work closely with whoever that will emerge as the winner of the election from the district.

â€œI have been one of those who is always in the corridor of the Capitol advising on matters regarding the development of this district,â€ she added.

Korkpor said it is still early to determine whether she would compete in the senatorial elections in 2022. For now, she said she is focused on sending her messages of gratitude to â€œthose who helped our campaign with gasoline, money and other things.â€