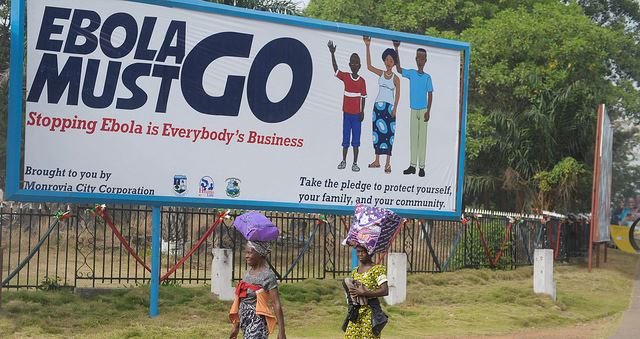 HARBEL, Margibi â€“ During the latest outbreak of Ebola in the country, many citizens have had a low level of awareness of the situation. Information dissemination has also not been as widespread as with previous outbreaks.

At the University of Liberiaâ€™s Fendell campus, student Joshua Kennedy said since the confirmation of the fourth and recent outbreak, he has seen people pay less attention than in previous outbreaks.

â€œI can remember when Ebola came, especially during the second and third outbreaks. Everywhere in the country, there was something happening on awareness and safety measures, but as for this only a few people are even aware and taking precautions,â€ Kennedy told The Bush Chicken in an interview on Monday.

He said because of the low awareness, people are complacent and are not observing all preventive measures.

Austin Fallah, a resident of Dolo Town, the hardest hit community in Margibi, believes citizens have too quickly forgotten the trauma that Ebola caused the town. For him, he said the name Ebola will always remain a nightmare because of the devastating impact it had on his family.

Fallah lost his both parents, his wife, and their two children in the second outbreak of the virus.

â€œSo for this reason, I will always have a great fear of Ebola and remember how to [protect] myself and family,â€ he said.

Nyamah Kollie, a resident of Kakata attending the University of Liberia, called on health authorities and all stakeholders in the Ebola fight not to overlook the current outbreak. â€œI have witnessed families being destroyed, so I donâ€™t want people to overlook any Ebola situation,â€ she advised.

Some local journalists and media houses are blaming tight bureaucracy, slow flow of information, and the lack of support to the media for the limited awareness.

The head of Atlantic Radio in Kakata, Kutu Sawo, has blamed the low awareness on the failure of the central government to appreciate the works of the local media.

He said though community radios became an essential partner to Liberiaâ€™s achievement of an Ebola-free status, the government has not provided any support to them in their effort to eradicate Ebola.

â€œThe government did not appreciate the local media. Even in providing support or risk benefits,â€ he said.

He added, â€œDuring previous outbreaks, we took the risks and went to those affected communities to report of the outbreak, using our own little resources because we understood that the fight was a national emergency, but when benefits came, the media was forgotten.â€

Dekontee Sayway, a radio Journalist at Peace FM in Harbel, also blamed the poor media awareness on the lack of direct support from the government.

He told The Bush Chicken that they depended on contracts that were mostly coming from local NGOs. â€œThe local media is surviving mostly on programs sponsored by local NGOs, so when the NGOs bring Ebola-related programs, we will air them,â€ he said.

The Association of Liberia Community Radios had earlier this year expressed disappointment at the failure of the governmentÂ and its partners to appreciate the contributions of community radio stations in the Ebola crisis.

William Quire said in the statement on October 2 that although the works of community radio stations were recognized, they were not appreciated for the contributions they made to the successful end of the Ebola outbreak in the country.

Quire said surveys conducted by IREX, Talking Drum Studio, and the Liberia Media Center had revealed that over 80% of the people listening to the radio in the counties listened to community radios. Another potential explanation for the low level of awareness, or at least the lack of panic is the apparentÂ competency exhibited by health officials.

When Deputy Health Minister Francis Kateh confirmed last weekend that there were now three confirmed cases, he also said health authorities had come up with 153 contacts including 25 nurses in a matter of hours after the cases were confirmed. Kateh said the contacts and several homes had been placed under close observation.

The 15-year-old boy has now died from the disease, and his father and brother are undergoing treatment at the ELWA 3 Ebola Treatment Unit.

The Ministry said it is working with the Montserrado Health Team and partners to contain the outbreak. It has also encouraged citizens to continue all safety measures against the virus.

The first outbreak of Ebola in Liberia occurred in March 2014 and was limited to Lofa. The second was the major outbreak that peaked in October 2014. By March 2015, the outbreak was effectively contained. However, a third outbreak erupted in June 2015 and was quickly checked by health authorities.