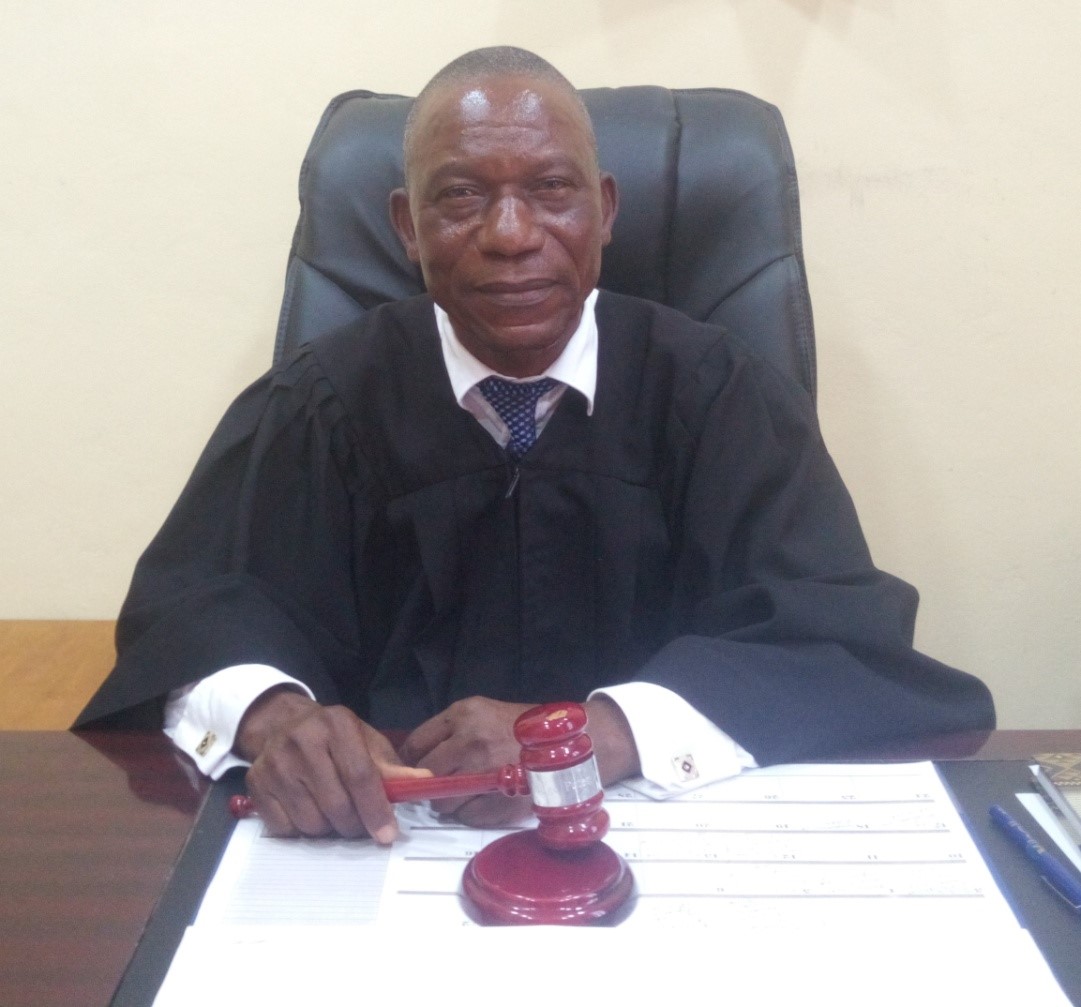 MONROVIA, Montserrado – Judge Peter Gbenewelleh of the Civil Law Court has forwarded the case involving suspended Unity Party chairman Wilmot Paye to the Supreme Court, noting that the questions raised by the case are inherently constitutional in nature and must, therefore, be addressed by the nation’s highest court.

According to Gbenewelleh, the case involves allegations of violations of Mr. Paye’s constitutional rights and therefore rises to a higher judicial and jurisdictional plane.

“We have observed that the issues in this matter are constitutional in nature, and this court cannot go into the merits of such constitutional issues. Therefore, this court will not go further into this matter,” Judge Gbenewelleh declared, ordering the court’s clerk to transfer the matter to the Supreme Court.”

On Feb. 1 of this year, Paye filed a petition seeking the Supreme Court’s protection against his suspension as chairman of Unity Party by the party’s highest decision-making body, the Executive Committee. But for unexplained reasons, Paye swiftly withdrew his petition from the Supreme Court, filing a petition for declaratory judgment, instead, before a lower court.

Only a day before a major national protest on Jan. 6 organized by the Council of Patriots, Paye took to the national airways to call upon partisans of his party to boycott the scheduled protest despite the protest having been endorsed by the party’s standard bearer, former vice president Joseph Boakai, just a week earlier.

The Unity Party leadership felt hamstrung by Paye’s action, and were therefore intent upon disciplining him through suspension. But Paye insists he did nothing wrong.

In his 17-count petition, Paye alleges that the actions upon which the party based its decision to suspend him did not violate any policy, rule, or provision of the party’s constitution adopted on May 7, 2010 in Nimba.

According to Paye, he was elected chairman for a six-year term, which only expires in 2022. Until his tenure expires, Paye pleaded with the High Court to intervene and halt what he believes to be an infringement of his constitutional rights and an illegal suspension based on mischievous political motives.

The suspended chairman alleges that the process leading to his suspension was bogus, biased, and marred by fraud, with members of the investigation committee making unlawful public utterances against him even before a formal investigation was opened.

Furthermore, in light of his dedicated service to the party, even during periods of illness and personal difficulties, Paye believes that his suspension was not made in good faith, and he, therefore, questions its credibility. Such an injury, he pleaded with the court, must not be allowed to stand.

An even more serious claim is Paye’s assertion that his suspension was influenced by the party’s former standard bearer and former president, Ellen Johnson Sirleaf, with whom he has maintained a turbulent relationship within the party. But he believes the party’s current standard-bearer, former vice president Joseph Boakai, also wanted him out because of his stances on corruption and other vices within the party.

The Supreme Court is yet to announce a decision to accept or reject Paye’s case following Judge Gbenewelleh’s order transferring it. If the court rejects it, Gbenewelleh will have no other option but to decide it.