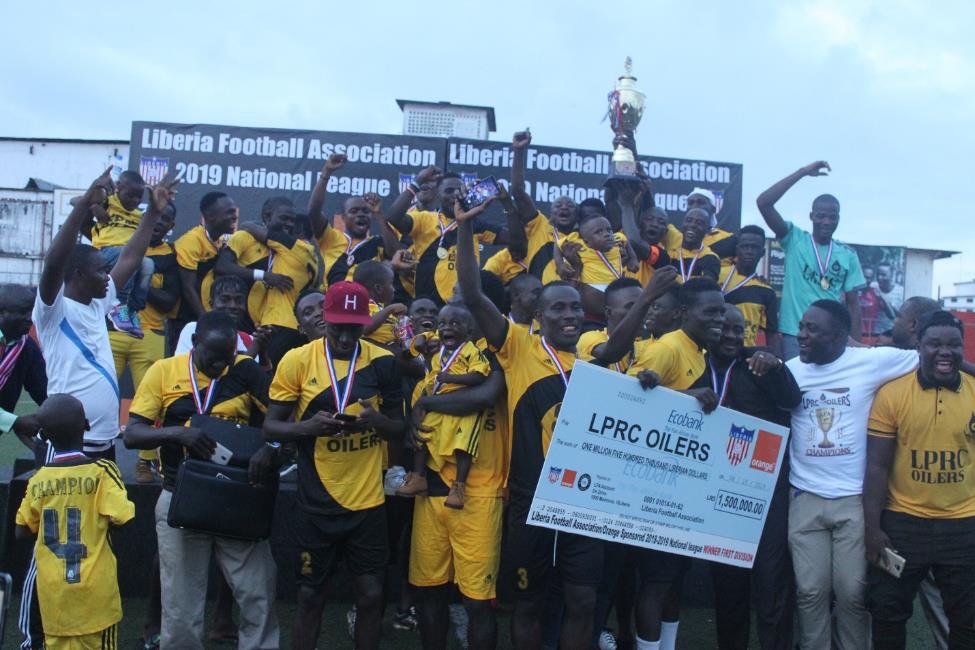 MONROVIA, Montserrado â€“ History was made on the final day of the 2019 Liberia Football Association First Division as LPRC Oilers were crowned champions after playing to a goalless draw against Watanga Football Club at the Antoinette Tubman Stadium to finish the league season unbeaten.

Unlike LISCR Football Club, which won 10 and drew 12 of her 22 games played in the 2016-17 season, the Oilers won the league after recording 16 wins and six draws. The Oil Boys scored 47 goals and conceded just six, becoming the most defensive team throughout the league season.

Small Town ended the season on a high following a narrow 3-2 win over Nimba United while Monrovia Club Breweries confirmed their place in the first division with a 2-1 win over Keitrace that has been relegated to the second division.