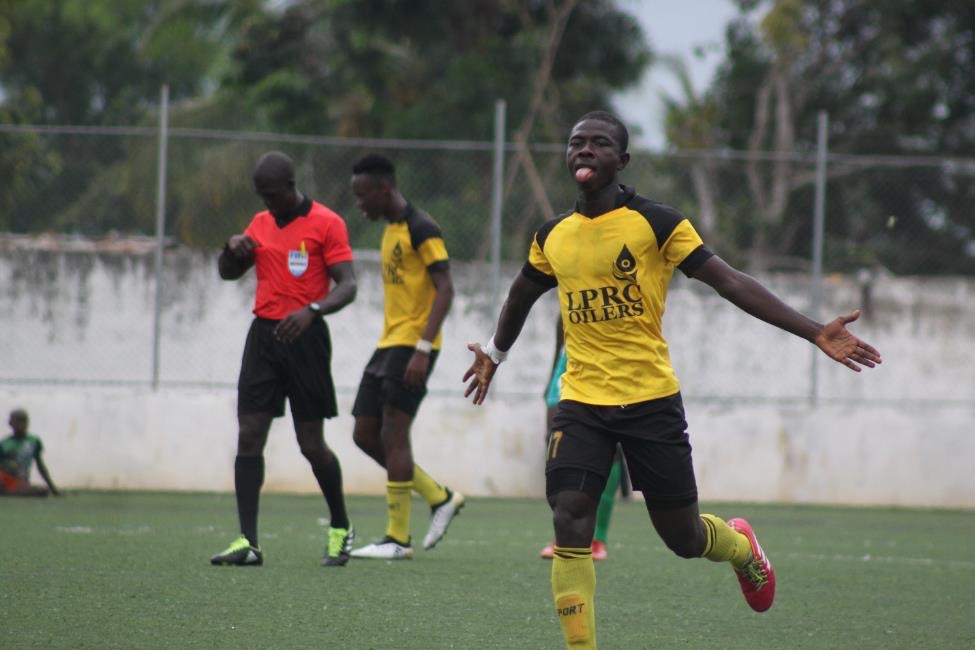 MONROVIA, Montserrado â€“ The race for the 2019 Liberia Football Association first division title has appeared to have come to an end with three games to play. League leaders LPRC Oilers moved a step closer to winning the title after matchday-19, where they, along with FC Fassell, were the only teams to get wins.

The Oil Boys cemented their place at the top of the table with a 4-1 win over Monrovia Club Breweries at the Nancy Doe Stadium in Kakata. Dominic Jarteh, Aloysius Simujlah, Sidiki Kromah, and Varney Sando got the goals to help LPRC get an important win against a Club Breweries team that has struggled since the start of the season.

A win for the Oilers in their next game against Keitrace Football Club will see them winning their sixth league title. It will be their first title since 2005.

Oilers lead the league table by seven points, ahead of second-placed LISCR Football Club that missed out on closing the gap after settling to a 1-1 draw with Watanga Football Club. Dirkir Glay had put the Shipping Boys ahead in the 18th minute with a header but Yao Abolade leveled from the penalty spot in the 32nd minute. The two teams failed to score again as they both played to a 1-1 draw.

A win for LISCR Football Club would have closed the margin by five points and pushed the Oilersâ€™ hopes of winning the league to matchday 21. However, the disappointing draw against Watanga Football Club kept LISCR FC in their second position on the table with 40 points while Watanga remained fifth.

Like LISCR FC, Barrack Young Controllers failed to close the gap on LISCR FC and the LPRC Oilers as they were held at home by Small Town Football Club.

The Go Blue Boys and the Logan Town-based club played to a 2-2 draw at the Blue Field. Barrack Young Controllers remained third on the table, but with 36 points from 19 games while Small Town sealed their place in the first division as they moved to sixth on the table with 24 points.