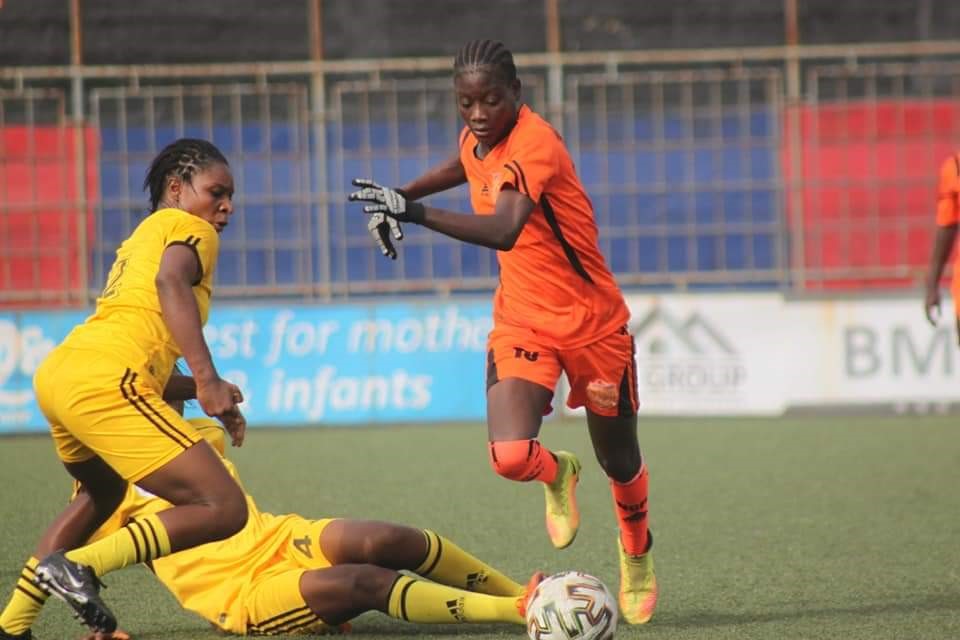 MONROVIA, Montserrado â€“ A forward on Liberiaâ€™s female U20 national team, Lucy Kikeh, has scored a hat-trick to help her side, the World Girls Football Club, reach the quarterfinals of the 2019-20 Petro Trade Cup female tournament.

Mamie Kallon and Sangay Moulton scored in the 3rd and 49th minutes of the game before Kikeh got her name on the scoring sheet in the 64th, 77th, and 85th minutes to seal a 5-0 win.

Kikeh made the squad of the Liberian U20 team in its elimination of Guinea in the preliminary round of the 2020 FIFA U20 Women’s World Cup Qualifiers. She emerged from the bench to score twice in Liberia’s 5-4 defeat over Guinea.

With this win, Liberia advances on 7-4 aggregate, having won the first leg 3-0.