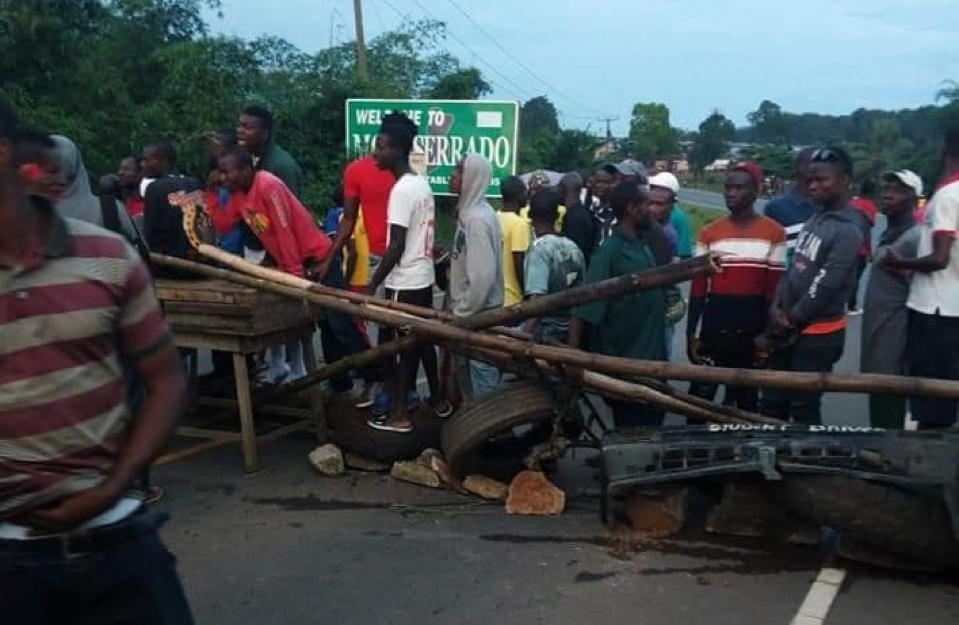 TODEE, Montserrado â€“ Hundreds of current and redundant employees at the private Morris American Rubber Company in Todee District staged a protest in demand of benefits allegedly owed them by the company.

More than three hundred protesters gathered as early as 5:00 a.m. on Thursday to set up roadblocks over the Du River bridge near Kakata on the Redlight-Gbarnga highway. For hours, they prevented the movement of people and vehicles along the route.

â€œThey are treating us like slaves. How can someone be working for you without pay? How they want us [to] survive?â€ a MARCO employee told The Bush Chicken on condition of anonymity.

The spokesman of the redundant workers, Joe Flomo, said via a phone interview that the company owes benefits to more than 140 former employees since 2014, despiteÂ commitments from the management to settle its debt.

In late September, a government delegation headed by Rep. Prince Tokpah, who heads the House of Representativesâ€™ Committee on Agriculture, assured the aggrieved workers that it would intervene in their plight within two weeks.

However, Flomo said the governmentâ€™s failure to address their concern prompted the latest protest. Margibiâ€™s Superintendent Jerry Varnie later intervened in the protest and convinced the aggrieved activists to abandon their action. Varnie assured them that an amicable solution would follow discussions between the company and the governmentâ€™s representatives.