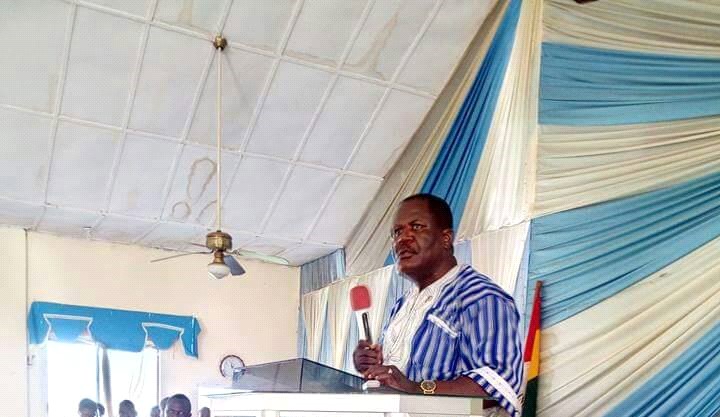 DUAZON, Margibi â€“ The lawmaker of Margibiâ€™s first district, Tibelrosa Tarponweh, has launched a L$2 million (US$12,963) scholarship initiative to aid students residing in the district.

Speaking recently at a ceremony to mark the official launch of the scholarship fund, Tarponweh said the initiative was his way of helping young people in his district who cannot afford to attend schools. He promised to support all initiatives in the county that are meant to promote youth academic development.

â€œOur work will not be complete as representative of the people if we donâ€™t put smiles on the faces of thousands of children who donâ€™t have the means to be in school or stay in school,â€ he said, noting that education is the only tool that can bridge the gap between the rich and poor.

â€œEven before we announced our candidacy, to represent our people, the issue of education has been heartrending. We have been puzzled by the fact that most of our kids are not in schoolâ€ he noted.

â€œSo, as we ascended, we have been thinking and planning to see how we can do something, even if it does not fit into the category of a scholarship, but that will be in the mode of a financial assistance to help students in the district.â€

He also disclosed that the initial L$1 million (US$6,482) had been deposited into an account that would be managed by the District Council, through the district scholarship committee. The second deposit is also expected to be made soon.

For nearly two years, students in Margibi have alarmed they risked being out of school because the countyâ€™s past administration failed to resume its scholarship program and settle arrears it owed to institutions.

Before 2014, Margibi lawmakers agreed to provide financial assistance to students in various institutions at all levels. Funding for the scheme came from remittances from the China Union concession and land rental fees from Firestone. The leadershipâ€™s justification for not resuming the program was low funding and competing government priorities. All advocacies and pressures from the student community fell on death ears.

Tarponweh said there are ongoing consultations among his colleagues on the countyâ€™s legislative caucus to resume the program and make it more holistic.

Meanwhile, another lawmaker of the county, Sen. Oscar Cooper, also committed L$300,000 (US$1,945) to Tarponwehâ€™s initiative. Cooper stressed the need for education to become free at all levels. He said education under Liberian laws is a right and not a privilege.

â€œIt is a challenge now for the administration of President George Manneh Weah to turn the mess within the educational sector of the country to best,â€ he noted.

Jim Tornonlah, another senator of Margibi, was among several other individuals who also pledged to support the scholarship initiative.