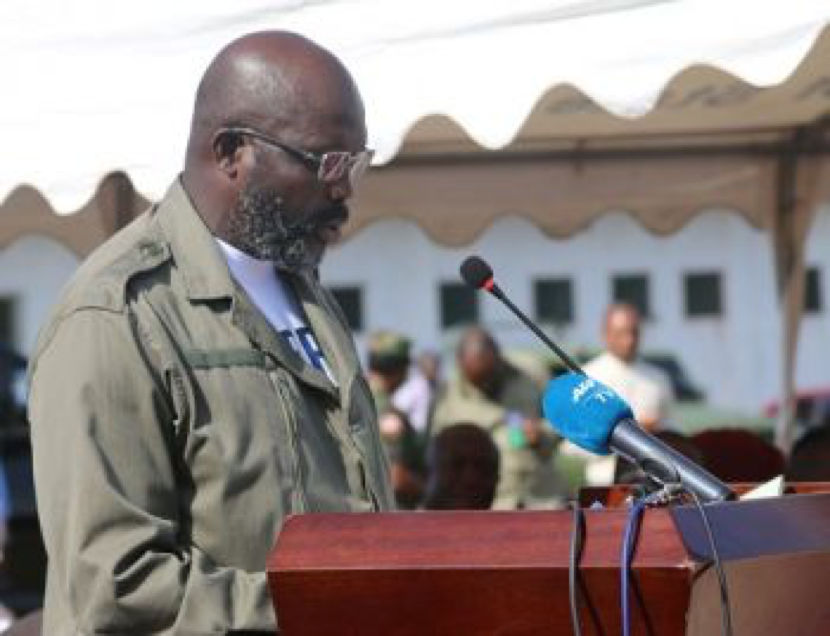 UNIFICATION CITY, Margibi â€“ As the inflation in the price of goods rises and at least one major protest has been held to push President George Weah to take actions to improve the countryâ€™s economy, police in Margibi have arrested a pastor for threatening to kill the president over the poor state of the economy.

On Friday, June 26, police arrested a pastor for â€œtreasonousâ€ comments they say he made against Weah while riding in a shared taxi while travelling from Monrovia to Buchanan.

According to police officials, who spoke only anonymously due to the sensitive nature of the case, they received a tipoff from the operator of the vehicle carrying the pastor.

Williams Reeves, who oversees a church in the BIA Community adjacent the St. John River Bridge on the highway leading to Buchanan, reportedly recounted a story to fellow travellers about a boy who had said if given the chance, he would murder the president for the current increase in the prices of basic commodities on the Liberian market and the hardship Liberians currently face.

During the discussion, police say the driver and others told the pastor that he should have reported the boy to the police; but the pastor allegedly told the rest of the passengers that if he too had the chance, he would do the same.

At the Unification City police depot, police say the pastor denied the allegations and said he was only quoting the boyâ€™s statement.

Though the police described the pastorâ€™s action as â€œtreasonous,â€ the pastor has not yet been charged, although he has spent at least one night behind bars.

Reeves has now been processed and forwarded to the National Security Agency for further interrogations.

This is not the first alleged threat to Weahâ€™s life since he took office. A more highly publicized threat was issued on Facebook by a Liberian living in the U.S., prompting the NSA to release a statement that it would investigate the threat.

Inflation has been rising steadily in recent months, driven largely by a depreciation in the exchange rate of the Liberian dollar against the U.S. dollar. In April 2018, the Central Bank of Liberia reported that inflation was up 21.4 percent from a year before. Moreover, the Liberian dollar depreciated by 23.50 percent from the previous year â€“ by far the worst of all countries in the West African Monetary Zone.

The resulting impact has been a sharp increase in the cost of goods and transportation. Ordinary Liberians who mostly receive their wages in the local currency have seen the value of their earnings decrease significantly.