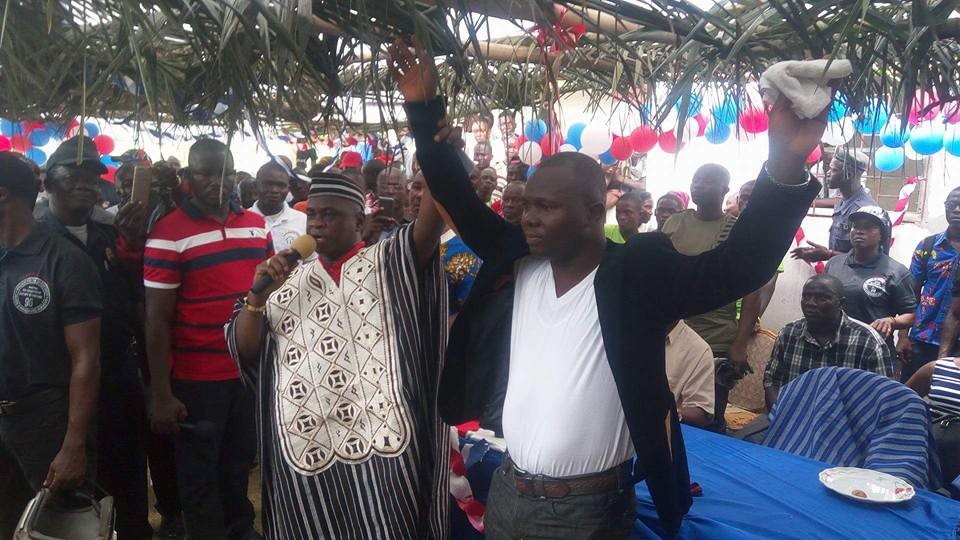 HARBEL, Margibi – Citizens of Margibi were shocked by the news of the selection of Margibi’s fifth district representative and current House Speaker, Emmanuel Nuquay, by Vice President Joseph Nyumah Boakai as his running mate.

The announcement came after several concerns from Liberians across the country over the delay by Boakai to name his running mate.

Some had believed that the Unity Party standard bearer would pick his running mate from Nimba after his recent four-day visit to that county.

Citizens of Margibi have had different views on the selection of Nuquay. Some have welcomed the news, while others in the county see it unfavorable due to what they consider as the poor leadership Nuquay has provided in the county.

Daniel Johnson, a resident of Harbel, said Nuquay’s selection is not something to boast about, noting that Nuquay and other lawmakers from the county were responsible for many of the problems the people of Margibi face.

He said under the leadership of Nuquay as chair of the Margibi County Legislative Caucus, scholarships for students were canceled and most of the projects carried out during his tenure were either abandoned or never started.

“If Speaker James Emmanuel Nuquay succeeds on the ticket of the Unity Party as vice president of this country, the interest of the ordinary Liberian will be compromised due to his bad leadership style,” Johnson added.

He said though Nuquay has professed to be a grassroots leader, he and other lawmakers at the House of Representatives are responsible for the suffering of Liberians.

Vandalark Patricks, a Margibian and civil society activist now based in the United States of America, wrote on Facebook, calling on Margibians to resist the Boakai- Nuquay ticket during the presidential election.

He said Nuquay and other majority lawmakers in the county had robbed the people of Margibi of their wealth for their personal gains.

“I am not surprised because birds of the same feather flock together,” Patricks added.

He described the Unity Party vice standard bearer as another nightmare who had come in different form and must be rejected by Margibians, accusing Nuquay of using Margibi’s county development funds in 2014 to support and finance the senatorial campaign of Margibi Senator Jim Tornolah.

Dekontee Sayway, head of the Brumskine Youth Movement, Margibi County, said God had ideally placed the two underperforming leaders on a ticket that would easily see them retire from the government come October this year.

He said the only Margibians who would support the presidential bid of the VP are those who had benefited immensely from the corrupt system of the Unity Party regime.

Other residents in the county welcomed the decision of Boakai to have selected a son of Margibi who is respected in the county and Liberia at large.

Jasper Chea, a resident of Bondiway, Lower Margibi, said all Margibians should embrace Nuquay and Boakai for the good of the county. He said he could not wait to see Margibi, a county close to the Liberia’s capital, produce her own vice president. He called on Margibians to put aside their differences and work together in the interest of development.

John Tamba, another resident of Margibi frowned on Margibians who are criticizing the selection of Nuquay, describing them as citizens who don’t mean well in seeing the county move forward. He said the likes of Grand Bassa, Nimba, and Bong were all yearning to see a son of their soil being selected but saw the contrary. Tamba called on Margibians to see the Nuquay selection as an achievement for all citizens in the county and do away with the criticisms.

Others are hoping to see the sour relationship between Nuquay and Rep. Ben Fofana of Margibi’s fourth district settled since they now belong to the same political party.

Nuquay is on record for saying that if the people of the fourth district want to see development reach them, they must vote against the current lawmaker Ben Fofana.

Already, Nuquay has endorsed the representative bid of Francis Cooper of the opposition People’s Unification Party, a party that Nuquay helped found after resigning from the ruling Unity Party.

Nuquay entered politics in 2005 and was elected representative of Margibi’s fifth district, formerly the first district. He served as chairman of the Ways, Means, and Finance Committee for several years before becoming speaker in 2016.

He ascended to the position of speaker after former Speaker J. Alex Tyler resigned as the presiding officer of the House of Representatives to allow for investigations at the Supreme Court linking him to bribery in the Sable Mining saga.