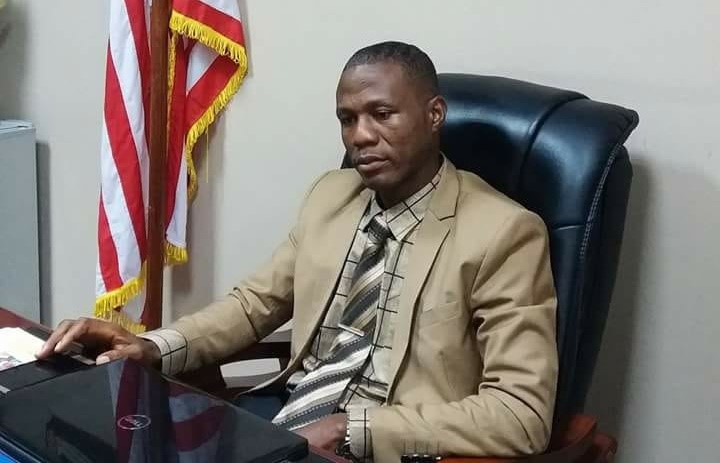 HARBEL, Margibi â€“ After Margibiâ€™s Rep. Ivar Jones donated â€œhalfâ€ his salary to be used in developing his district, a local advocacy group in lower Margibi is accusing the lawmaker of Margibiâ€™s second district of not having been sincere in giving the promised 50 percent of his salary.

The Movement of Critical Voices for Transparency and Justice in Liberia also says Jones manipulated the formation of the District Development Council that oversees managing the funds. The group says there was no public awareness campaign done to notify constituents when the council was being formulated, which they said resulted in Jonesâ€™ supporters being favored for positions on the council.

Ansue Roger, chairman of the Movement of Critical Voices for Transparency and Justice, told The Bush Chicken that his group wanted to remind the lawmaker of his commitment to the district.

â€œIt is so saddening that at this time, the lawmaker wants to detour from his campaign promises,â€ Roger said. â€œIt is laughable that the lawmaker presided over a dubious arrangement.â€

He said his groupâ€™s campaign intends to compel the lawmaker and his supporters to always be accountable to their constituents.

Roger said about 95 percent of the people in leadership at the council are Jonesâ€™ supporters or people the lawmaker can easily sway.

â€œI challenge the supporters of Representative Ivar Kokulo Jones to defend this allegation that majority of those holding positions in the council are not his supporters,â€ he added. â€œIf we do not correct these mistakes at this early stage of his leadership, he might turn into a dictator.â€

Roger, who supported Rick Keller, a defeated representative candidate in the 2017 elections, says Jonesâ€™ failure to include supporters of defeated candidates on the council undermines his recent campaign to reconcile the district.

Their appearance came a day after the lawmaker appeared on the same platform highlighting his accomplishments in the legislature and within his district.

Daniel Johnson, secretary of the group, and Boye J. Harris, its public relations officer, argued that there were procedural errors made by the lawmaker while he constituted the district development council.

Johnson said officials of the council were not drawn from every segment of the district. He argued that Unification City, Harbel, and other communities in the district had no representation.

Harris, for his part, called on the lawmaker to publicly declare his salary and state what amount of his salary constitutes 50 percent.

â€œThe lawmakerâ€™s reluctance to declare his full salary testifies that perhaps he was under pressure to so,â€ he added. â€œYou cannot be reluctant amid these numerous called when you promise openly 50 percent of your salary.â€

â€œIn as much as we welcome the initial presentation of US$15,000 and about L$400,000 plus, we are not convinced that the amount constitutes the lawmakerâ€™s five-month half salary.â€

Jones, the lawmaker, responded to the groupâ€™s allegation on the Truth Breakfast Show, saying that the district was divided into six segments and that all communities in the district are represented on the council.

The District Development Council is meant to monitor future development projects in the district, which Jones has said will be implemented by the Progressive Friends of Ivar Kukolo Jones. Jones says the implementing partner is a non-political charity group.