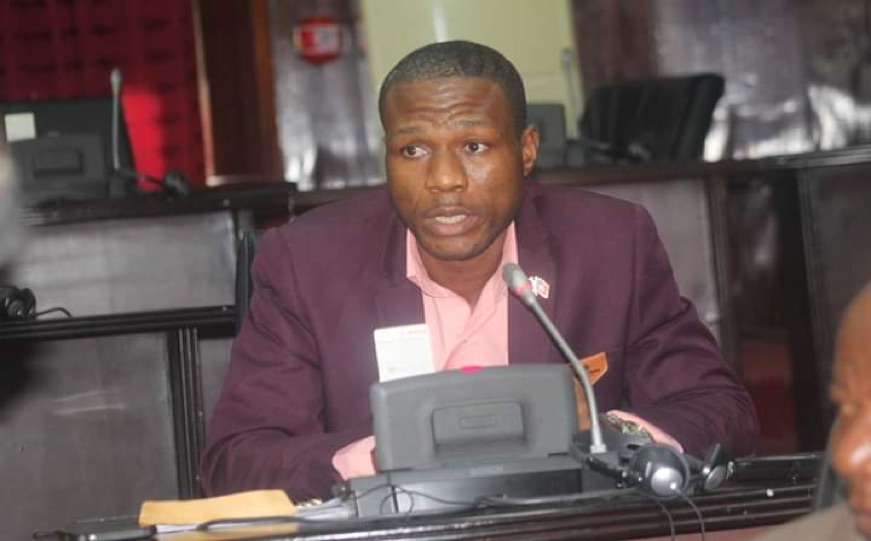 Jones made the report recently during a live broadcast on Stone FM and Peace FM in Harbel. It was also relayed on Radio Kakata during the legislatureâ€™s official constituency break.

In his presentation, which lasted for nearly one and a half hour, Jones thanked citizens of his district for electing him as their lawmaker. He said he was making the report to comply with his obligations to his district and the rights of citizens to be informed.

He noted that the report was intended to make a full disclosure of his activities from January 15 to December 31, 2018.

As a district where the Firestone Rubber Plantation, the Roberts International Airport, and the Farmington Hotel play a huge role, the lawmakerâ€™s report mostly stressed his intervention for the rights of workers in his district to be respected.

He named the successful advocacy against unfair labor practices against workers by the Farmington Hotel, Sino Hydro, and the Roberts International Airport as a fulfillment of his oversight responsibility. He said, following complaints from workers of the three entities, his office sought an amicable solution to the concerns.

In March last year, the House of Representatives, following a communication from the Margibi lawmaker, instructed the management of Farmington Hotel to address concerns of bad labor practices against Liberian workers.

He said workersâ€™ conditions at the hotel are now improved, with the provision of transportation for workers and the establishment of a workers union.

â€œAs I report to you today, things have improved as per information by my office,â€ he said.

He said in April 2018, workers of Sino Hydro, a Chinese company contracted by the airport to rehabilitate its facilities, also complained to his office about the companyâ€™s management refusal to compensate them for working overtime and during lunch. Upon intervention from his office and the Labor Ministry, Jones said the company also settled its obligation to the workers.

Jones said he missed two sessions of 72 sessions conducted at the House of Representatives during the period under review. Those absences were due to pressing issues in the district that needed his presence and intervention, he said.

While he said he participated in getting 34 bills and resolutions passed, Jones did not introduce any bill during his first year in office.

Jones also boasted that, because of his tenure as a lawmaker, Margibiâ€™s second district now has a constitution. He encouraged citizens to take the lead in development by embarking on self-help community projects that will eventually draw his attention and the support of the national government.

Although the report was welcomed by many of his constituents, there were few who criticized the representative for not sitting with them at a mass gathering to make his report, but instead chose to report to them through a radio broadcast.

A resident of Unification City, Samuel David, said it was a disservice to people of the district for their lawmaker to report to them on the radio.

â€œIt was unfortunate to have listened to the poor readings of the lawmaker on the radio. He actually had difficulties reading his own report and I donâ€™t think his constituent will digest said report,â€ David said.

Saah Johnson, a consistent critic of the lawmaker, also described the report as â€œtrashâ€ because the lawmaker failed in reconciling the district.

â€œHow can you call people under the canopy of reconciliation and your surrogates are singing pro-Jones songs at the same gathering?â€ he said. â€œIt was a disrespect to those invited and it also justified that the lawmaker is not responsible enough to heal the wounds created as a result of the just ended election.â€