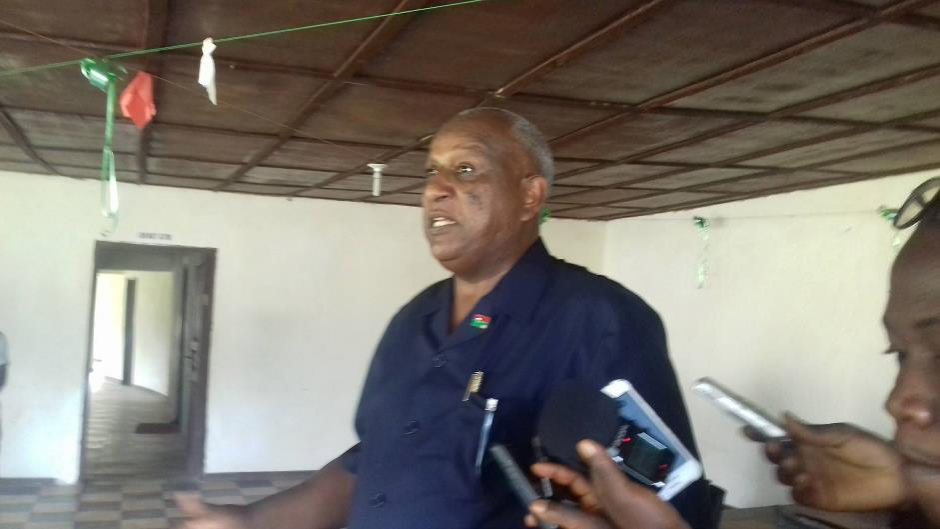 KAKATA, Margibi â€“ In the wake of scabies outbreak in the country, Margibi Senator Oscar Cooper has launched a campaign in working with health authorities and locals in eradicating the infestation in the county.

Recently, authorities of the National Public Health Institute of Liberia and the Ministry of Health announced an increase in the number of people now affected by a strange skin disease/rashes or scabies (locally called â€˜Be seriousâ€™ or â€˜craw-crawâ€™).

Cooper said he intends to work with health authorities and the community to educate Margibians on how to prevent scabies.

â€œWe can work in every district, ensuring that surveillance officers move from house to house in educating the people,â€ added Cooper.

The Margibi senator said he has shut down his school due to the outbreak and that the entire facility is being washed to improve the sanitation of the school.

Addressing the media, the county health officer of Margibi said local authorities had gathered to discuss strategies on how to combat the spread of scabies in the county.

Dr. Adolphus Yeiah said Cooper has committed himself to providing logistics and other support to the county health team to curtail scabies infection in the county. â€œHe told us to come up with a plan of how to combat the situation,â€ Yeiah said. â€œBut we said to him we already have a structure in place but needed support. With that, he further advised that we quantify and qualify the support we are talking about.â€

The Margibi health officer has assured the public that by early next week, a team of surveillance officers would be deployed in various communities in the county to provide education and treatment to victims of the disease.

Yeiah said Cooper had always provided support to the county health team during outbreaks in the county.

In 2014, during the peak of the Ebola outbreak, Cooper donated an ambulance to the C. H. Rennie Referral Hospital in Kakata and facilitated the operations of surveillance workers who provided sensitization in various communities on how to prevent Ebola.