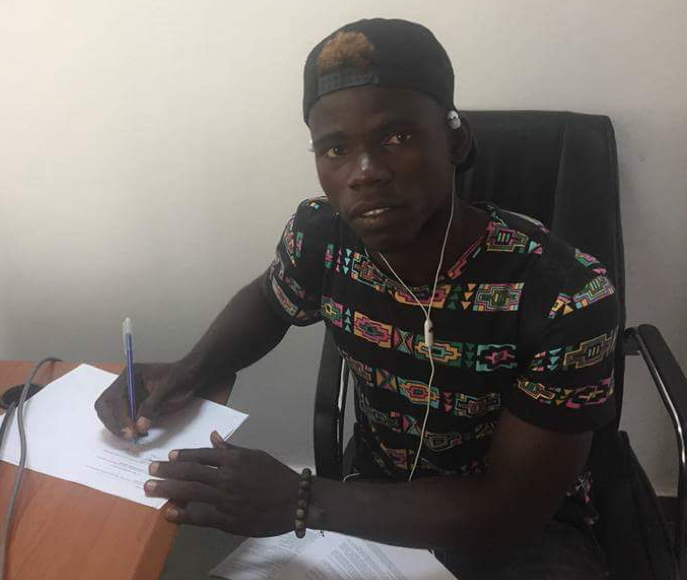 GARDNESVILLE, Montserrado â€“ LISCR FC has been bolstered by the arrival of new signee, Mark Paye, as the 2016/17 First Division League and FA Cup champions beef up their squad ahead of the start of the new season and the Confederation of African Football Champions League campaign.

LISCR qualified for the continental cup after winning the league title and will partake in the preliminary round of the CAF Champions League, which starts in February 2018.

The Shipping Boys have started early preparations for the league, whose opening date is still unknown, but coupled with Payeâ€™s signing, all focus is on the continental cup, where the strikerâ€™s experience will come in handy.

The club used its official Facebook page to announce the signing of the 23-year-old striker, whose contract with BYC had expired.

Paye established himself as a top striker with BYC during the 2015/16 league season when he finished as top goal scorer with 15 goals from 16 matches, winning the leagueâ€™s Most Valuable Player award.

However, there were some tough times for the striker in the just ended league where he managed to score just six league goals.

Nevertheless, his latest form is nothing to worry about for LISCR FCâ€™s head coach, Tapha Manneh, who believes he can get more out of the striker.

From Gambia, where he is currently on a two-month vacation, the LISCR coach told The Bush Chicken that heâ€™s excited about the signing and will work with the striker to help him rediscover his form.

â€œI am really excited about the acquisition of Mark. I watched him play last season and I admired him despite his form. I was told he once finished the league as the top goal scorer and won the MVP award. He has a great form on the ball and Iâ€™m confident he will rediscover his form,â€ Manneh said.

Meanwhile, Paye expressed his joy at joining the Shipping Boys and promised to do his best to help the team archive more.

â€œGlad to have this opportunity today,â€ he told The Bush Chicken. â€œItâ€™s truly an honor to play for LISCR. Iâ€™m grateful to God for the new challenge. I promise to do all my best and bring good results to help the team get more success.â€

Paye is expected to join his new teammates in September when they begin their preseason camp.