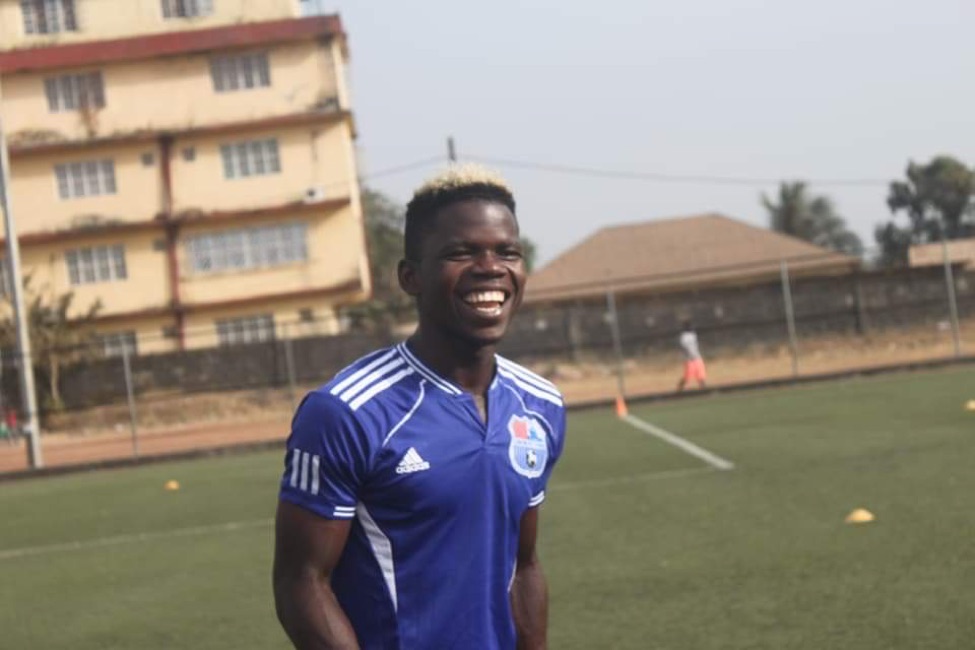 Former Barrack Young Controllers Football Club striker Mark Paye has scored his first goal outside of Liberian football to register his name on the scoresheet in the South African National First Division.

Mark Paye scored on the final day of the 2018-19 South African National First Division season to help his club, Cape Umoya United, win 6-0 away at the University of Pretoria. South African Gavin Hammersâ€™ hattrick, in addition to goals from Katlego Otladisa, Nyiko Tsabangu, and Mark Paye, were enough for Cape Umoya to end their season with a win.

Mark Paye, who was making his fourth appearance for the club, came on as a substitute to score his first goal for the club. He joined the club in February from LISCR Football Club on a six-month loan deal.

His debut was delayed due to the processing of his work permit as he had to wait for March before making his first appearance on the teamâ€™s squad. He was an unused substitute on the team that lost 2-1 to TS Sporting on March 7. Paye waited until March 14 when he made his debut in a 1-0 defeat to Ajax Cape Town Football Club.

His second appearance ended with a 1-0 defeat away at Utongathi. Just like his debut, he came from the bench to play his second game in South Africa. He failed to make the first eleven as he again started from the bench in Cape Umoyaâ€™s 3-0 defeat to the league champions, Stellenbosch.

With his short-term contract running out at the end of the season, Mark Paye will be hoping to continue life in South Africa with Cape Umoya that are yet to open negotiations for his extension.