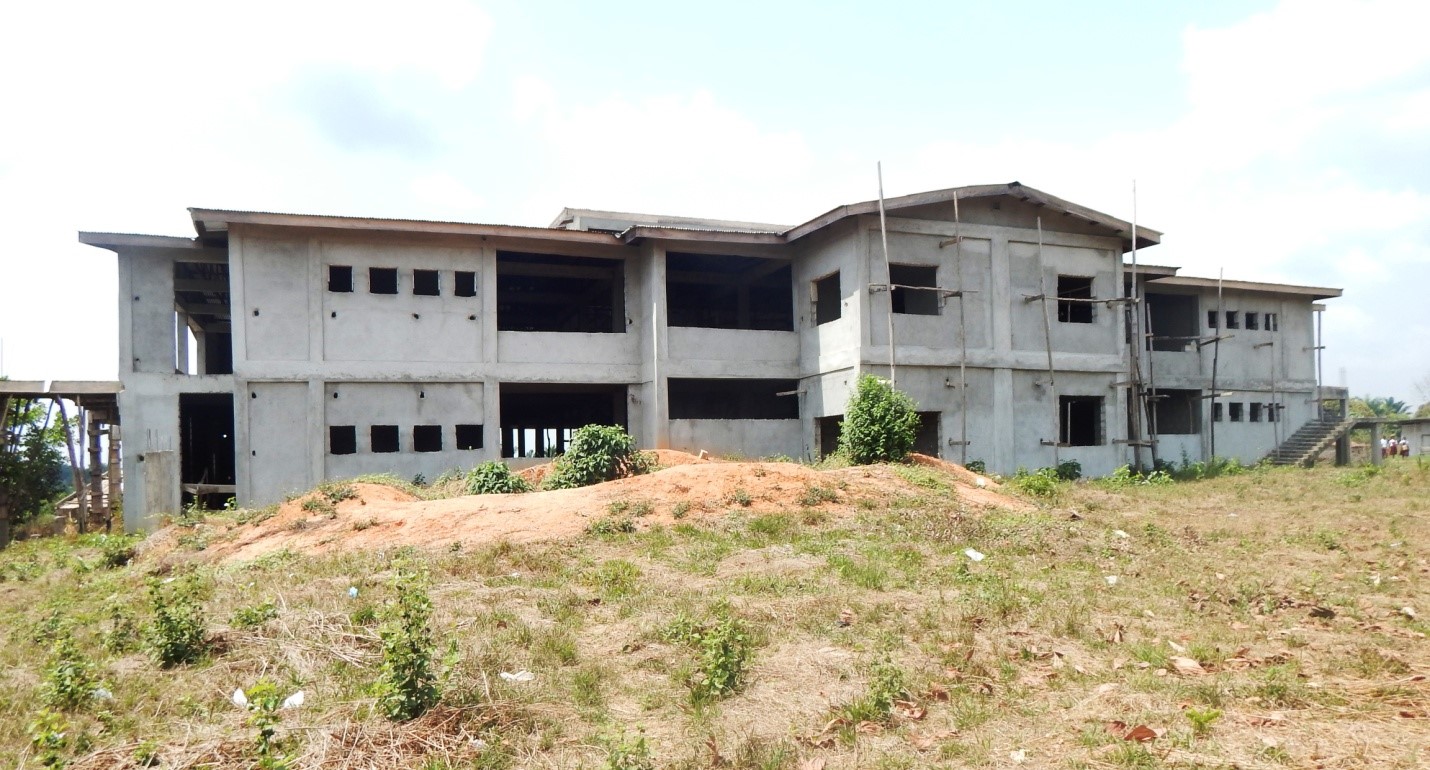 GANTA, Nimba â€“ A market building project said to be worth over US$500,000 remains at a standstill in Ganta.

Construction on the market began in 2012 when the President of Liberia, Ellen Johnson Sirleaf led the groundbreaking ceremony.

The project, which is funded by UN Women Fund and implemented by the Sirleaf Market Women Fund, should have opened in June 2014, according to reports. On the contrary, the project is still incomplete and appears abandoned.Â  There is no information as to when this project will re-commence.

Residents are now concerned about when the Ganta market project will be completed. Youth advocate S. Zekeh Dahn has called authorities to explain reasons why the project isnâ€™t completed.

â€œSince 2012-2013, President Sirleaf promised the women of Nimba, particularly Ganta, a market building. This building is yet to be seen,â€ he said.

Based on the blueprint for the facility, Dahn said the project was expected to contain a school, a clinic, a childrenâ€™s playground, and a banking facility.

â€œAll of these things should be available at that market site in Deakehmein,â€ he said. â€œBut nothing is seen according to the plan; except the one market building which is still incomplete for reasons we donâ€™t know.â€

Rep. Jeremiah Kpan Koung, of Nimbaâ€™s first electoral district, said he gathered from the project management team that they had ran out of funding and were now searching for other sources of funding.

â€œYes it is true that there should be a clinic, children playground, school and other things attached; it is the same issue of money that is holding all of them back,â€ he added.

The decision by Sirleaf to construct a communal market at the location was a solution to the tensions between the Mano and Mandingo ethnic groups over who held rights to the land.

The site, which is slightly more than two acres in size, was declared as eminent domain by the President based on a recommendation from the special investigation committee she setup in 2009.