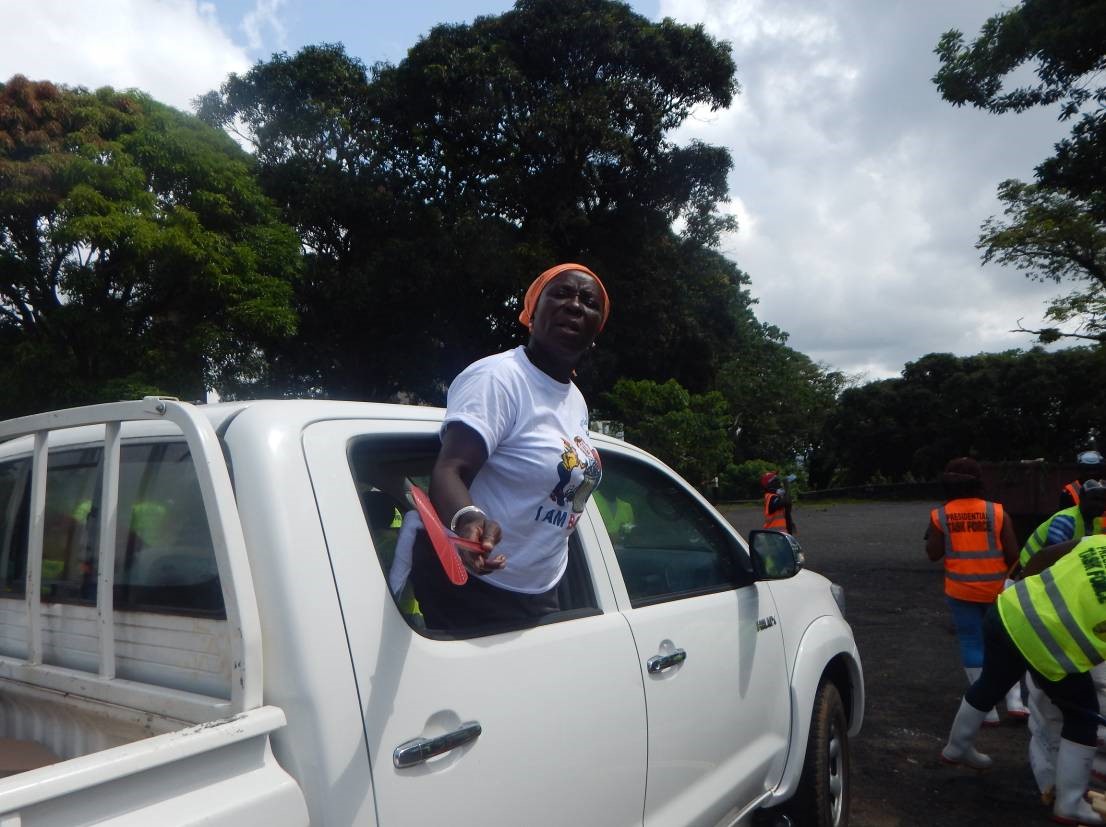 MONROVIA, Montserrado – Mary Broh, the country’s COVID-19 response coordinator, says she wants the legislature to be closed for one week to allow her to disinfect the entire Capitol Building.

Broh, who also heads the General Services Agency, says a one-week closure will enable the GSA and the national COVID-19 response team to properly disinfect the building.

On Tuesday, June 22, Broh and members of her team were seen early morning on the grounds of the legislature disinfecting some parts of the facility. She informed reporters that her presence was prompted by an invitation from Grand Bassa’s Sen. Nyonblee Karnga-Lawrence, who chairs the Senate’s Committee on Rules, Order, and Administration.

Broh said Karnga-Lawrence requested that her team do an assessment at the Senate in order to help fumigate the area.

“When I received the email, I decided to get my team ready this morning to come and fumigate the Senate side of the building – that’s exactly what we are doing,” Broh explained.

The Senate’s deputy secretary recently tested positive for the Coronavirus, prompting the upper house of the legislature to suspend its activities.

Broh said her team did not disinfect any of the offices at the Senate on this visit – only the shared spaces. She expressed a willingness to disinfect all government properties if their heads are willing.

“They need to just call on me,” she said.

In the many years she has spent as a public servant, Broh has courted controversy as much as she has received praises for her accomplishments.

In March 2013, she was suspended as acting Monrovia city mayor after it was reported that she slapped a woman and humiliated others, including a staff member of a representative, for throwing trash on the street. She has also openly called the Capitol Building filthy, sparking an outcry among lawmakers who felt insulted. As a result, lawmakers refused to confirm her as mayor of Monrovia, which led to her resignation.

Overall, Broh has made her mark in government as a strong-willed public servant who has made state agencies effective by reducing corruption and improving efficiencies.

As head of the Passport Division at the Ministry of Foreign Affairs, she significantly reduced the number of days for applicants to receive passports. In her appointment as acting mayor, she oversaw several beautification initiatives and improved sanitation, even instituting a monthly community cleanup.