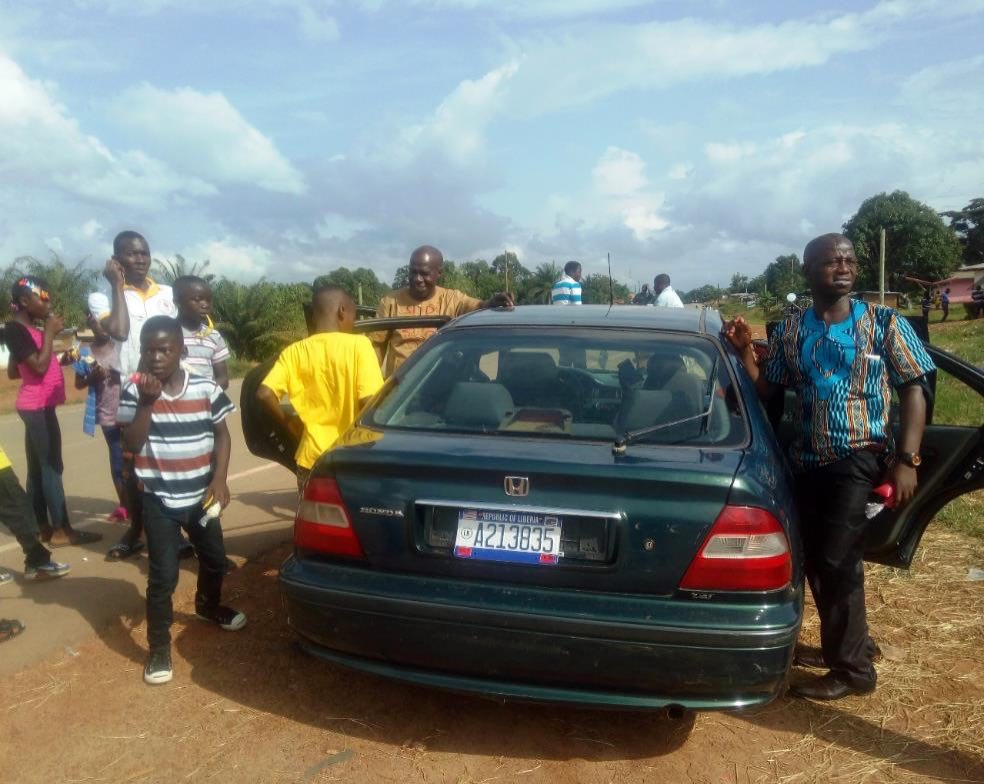 GANTA, Nimba â€“ During this yearâ€™s Independence Day celebration, Mayor Amos Suah distributed gifts to over 100 children on the streets of Ganta.

The mayor drove around the city with some of his office staff distributing items such as popcorn, juice, biscuits, and other sweets to the children, who had gathered in various communities.

Suah said President George M. Weah had made available US$150 for the children of Ganta.

â€œThis money was for childrenâ€™s celebrationsâ€”this was the aim and objective for which this was given for,â€ he said. â€œThis was used for the intended purpose. I think you can see for yourself.â€

Suah expressed gratitude to the president and the first lady, Clar Weah, for giving to the children of Liberia.

â€œThis is not the first of it kind here,â€ he noted. â€œIn June, the first lady was here and visited several orphanages and distributed things [to] the children.â€

Some of the children who received the gifts expressed their thanks to the mayor and the president. They called on both leaders to continue the gesture.

In recent years, Independence Day celebrations in Liberia have almost exclusively focused on the location of the president. As a result, cities and town outside Monrovia see almost no activity while Monrovia receives a flurry of activities. This year was no different. In Monrovia and the surrounding areas, there were at least 19 different official events planned, including a match and several football games.