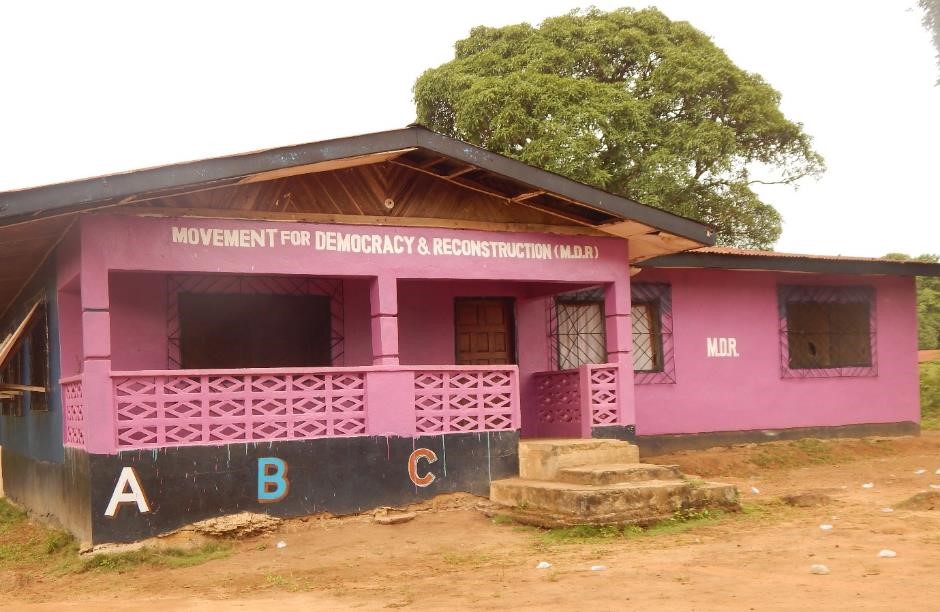 GANTA, Nimba â€“ The Movement for Democracy and Reconstruction is calling on citizens of Nimba to pledge their support for its standard bearer, Prince Y. Johnson, in light of Vice President Joseph Boakai selecting a running mate from a different county.

The national secretary general of the party, Wilfred Bangura, made the call after diverse views of disenchantment regarding Boakaiâ€™s choice of House Speaker Emmanuel Nuquay as his running mate in the upcoming elections.

Many Nimba citizens had been expecting Boakai to select a running mate from among a list of prominent Nimba citizens including Sen. Thomas Grupee and Rep. Matenokay Tingban.

MDR was created by Senator Johnson in 2015 to succeed the former National Union for Democratic Progress that took both Johnson and Grupee to the Senate, along with other lawmakers to the House of Representatives.

Now, as momentum appears to have swung away from Boakai in Nimba, Bangura wants to round up disappointed Nimbaians into supporting Johnsonâ€™s candidacy with MDR.

â€œWe are calling all those across Nimba and Nimbaians, that it is time to rally around ourselves and make one of our own kind â€“ to make our own â€“ to take over the executive mansion so our country can move forward because we do have vision,â€ Bangura said.

â€œThe MDR is now going to consolidate in Nimba and is using this occasion to call upon all of our partisans. All of our people from across Liberia, we are calling on you to come back and ensure that we put up a very great force.â€

Bangura also criticized Boakaiâ€™s decision to select his vice standard bearer from Margibi, adding that Nimbaians would not provide their votes to the vice president if he â€œcannot use one of their own kind â€“ their son â€“ to work alongside with you.â€

Had Boakai selected a running mate from Nimba, his Unity Party would have been the third party after Liberty Party and the All Liberian party to have a vice presidential candidate from Nimba.