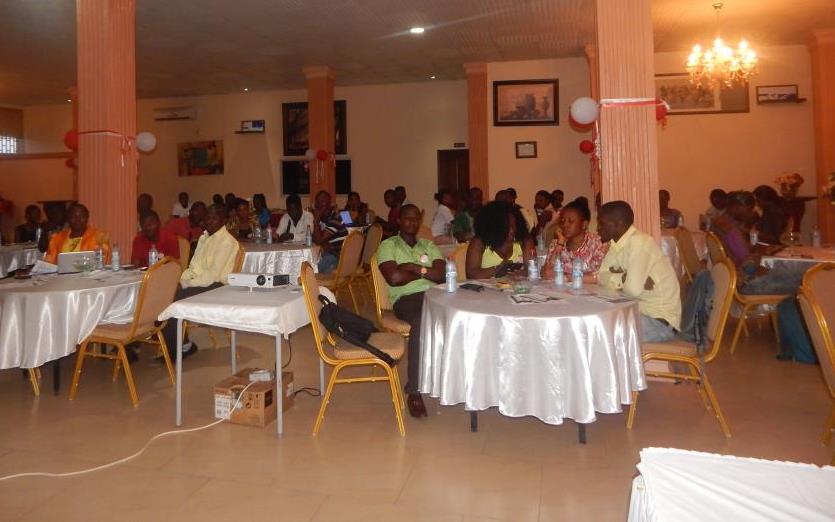 MONROVIA, Montserrado – At a recent discussion on the role of the media in society, several media stakeholders have stressed the need for accountability and independence within Liberia’s media industry. Yealue said in order to have an accountable media, practitioners must have the requisite training and capacity to drive their passion. According to him, training must be a conscious way that media practitioners in the country can be developed.

He said most times individuals establish radio stations and hire their relatives rather than scouting out professional journalists to do the jobs.

Yealue wondered if media training institutions in the country like the Peter Quaqua School of Journalism have the standards to produce professional journalists the country can be proud of.

“There are some sad points to that,” he said.

He said people are coming from schools without the required education to research and provide quality journalism. He said the lack of accountability comes in when journalists do not properly research information to produce real facts on issues they report about. Another key way to promote accountability in the media, Yealue said, is when practitioners have a hunger for personal professional growth.

“You can’t give to people what you don’t have. So, personally, if you are not hungry to grow as a media practitioner, how on earth you are going to give the public what they want to consume,” he wondered.

In his presentation, Yealue also condemned the act of journalists taking bribes or gifts to cover stories. He said it was a serious ethical bridge that undermines independence and accountability in the media.

He said the practice is however patronized by government agencies who give money to journalists for covering their events and press conferences for stories. According to him, the situation sets a module and increases corruption in the media. He added, “When the media get financially corrupt, it becomes mentally corrupt.”

One way to shift to a positive outcome using the media, he said, is to diversify the media portfolio to providing diverse information and hopeful messages rather than most times providing political criticisms and hate messages.

“Because programming in the media is poor, people are not positively motivated about their countries,” he said.

He said it was also counterproductive for people to speak negatively about their country on social media. He said views on social media projects the image of one’s country that he or she wants the world to see. “It is the media that directs our actions in society,” he noted. For Krua, the challenges with the media are not unique. He said just as the country is striving to transform some of its institutions from “mess to best,” the media is also a place to focus.

Referencing two instances where he witnessed journalists take a bribe for covering news conferences, he said it is wrong. According to him, it corrupts the writer and influences them to publish and creates situations where people who pay more money would get their stories told.

However, he said the way to stop the wrong practice of corrupting journalists is to stop giving them money for covering stories.

He said besides the government, NGOs are also paying journalists for covering their stories, which he said supports the journalists in their unethical practices. He said it is meanwhile unjust to blame one group of people for the current state of the media in Liberia. “Even ordinary citizens are responsible for reading and patronizing news outlets that are crap. We have to set some standards,” he said. “If you know that some news is not at the standard that they should be, and we keep buying these papers, [we] allow them to survive…”

He said while news outlet publishers must also be blamed for not setting and following straight standards, editorial policies and code of ethics of the profession, the Press Union of Liberia has the biggest blame for not being able to enforce a lot of the ethics it sets for its members.

Krua referenced an instance where he complained to the union about several newspapers pirating stories of The Bush Chicken without permission or attribution to the outlet; no action has been taken although the PUL president promised to intervene several months ago.

“It really hurts me when that happens, because it’s stealing my intellectual property,” he stressed.

While the PUL is currently reviewing its code of ethics, Krua said the union’s present code of ethics for journalists in the country is up to international standard, but stressed that the problem lies in the lack of enforcement.

“I think instead of the Press Union focusing on reviewing their code of ethics, perhaps something that will be better is to actually try to improve the situation of journalists and to improve the media environment,” he noted.

He said specific steps to doing so would be incentives to media institutions to join the press union. Such would include explicit legal protection, a computer lab for reporters or equipment for renters and setting a basic requirement that media institutions must provide for journalists including minimum wage and vacation time.

“If we require that all media institutions have to pay reporters a certain amount, what it does is that a lot of the institutions that are paying people so low will go away and you would have a consolidation of the industry to have institutions that have higher quality will be left standing and they will benefit from the advertising dollars more,” he said. “Imagine if there were just five or six newspapers in Monrovia, the amount that these newspapers could get from advertisement will be a lot higher than what they are right now.”

According to him, like institutions of governance, members of the media must be ethical.

At the same time, Cooper who spoke on media and accountability said the media has changed actions and daily interactions of people everywhere in the world giving the influence of the kind of media they subscribe to.

He showcased the power of the media by recalling how the mass killings of people during the 1994 Rwanda genocide were caused by what was presented on a radio station there.

In Liberia, he said the media has a strange history of being tied to political actors. “What we have is a recurring pattern in our history where the media is either with one group in society or the other that pushes a certain agenda,” he said.

He wondered how media institutions can be accountable to society if they are owned by political individuals.

If journalists are taking money from newsmakers to carry their stories, he said the stories would be driven by individual interest rather than the public good. He said, “If you have a media that is not accountable to society, it cannot honestly, fairly and accurately push for a better society.”

Cooper was speaking at the fourth edition of the Power Analysis Dialogue. The conversation was organized by ActionAid Liberia and took place on Tuesday at Sharks Entertainment Center. It focused on media development and accountability. A cross section of stakeholders, civil society members, students, community leaders and media practitioners were in attendance.

The event is a series of conversations initiated to strengthen citizens’ engagements on topical issues in the country.

The program offers primarily young people, the private sector, civil service organizations, and the government a cross section of the Liberian society to offer own perspectives on the national discussions in an open forum.