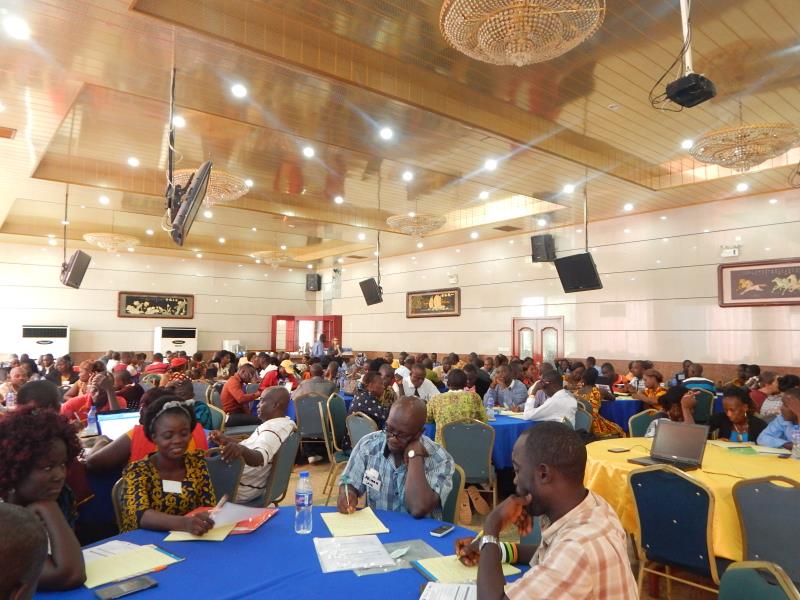 The conference took place at the Golden Gate Hotel near the Samuel Kanyon Doe Sports Complex in Paynesville. Representatives from the Ministry of Health and more than 20 NGOs’ which participated in the second phase of the Ebola Community Action Platform program are attending the conference.

The program, also referred to as ECAP 2, began in October last year as a post-Ebola recovery initiative aimed at reducing the risks of Ebola resurgence and outbreaks of other diseases through improved health systems and community preparedness.

According to Mercy Corps, the partners have worked in more than 1,500 communities in the 15 counties to reduce risks of Ebola and other infectious diseases. They have also strengthened, trained and mentored the Community Health Committees in the targeted areas. Under the project, the partners also engaged clinics to build trust and increase the usage of health facilities so that community dwellers seek the best possible care and treatment when they are sick. Speaking during the opening of the conference, Mercy Corps Country Director Penelope Anderson said ECAP 2 showed the great things that could be achieved when communities are genuinely empowered to take charge of their health through strong local partnerships.

“We are immensely proud of what the ECAP network has achieved over the last 18 months, from tackling Ebola to building community resilience to future outbreaks,” Anderson said.

She added, “Together we have helped ensure the ECAP communities know what to do and where to go if an outbreak should occur, and we have contributed to healthier communities and healthier lives.”

With support from Mercy Corps, Population Services International, International Research Board or IREX, USAID and the Ministry of Health, the second phase of the ECAP program trained and engaged 23 Liberian NGOs, as well as 27 community radio stations.

As a result of the program, Marcy Corps says more than 970,000 people heard the ECAP 2 messages on community radios. Secondly, the community-level campaigns provided health information to at least 335,000 people across all 15 counties. Lastly, 1,500 local health groups have mobilized communities to take action to improve hygiene, sanitation and reduce their risks of diseases.

ECAP was established at the peak of the Ebola outbreak and was the largest network of organizations doing social mobilization on the Ebola response.

22 hours ago by Moses Bailey