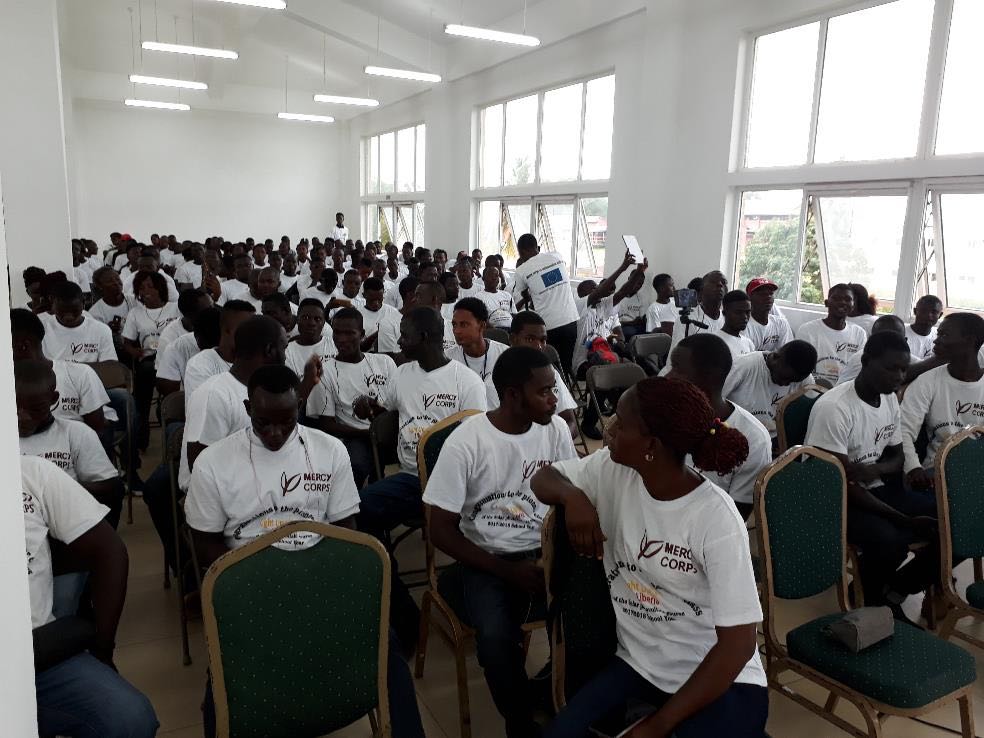 PAYNESVILLE, Montserrado – Mercy Corps has graduated 169 students from its Light Up Liberia program, a four-month technical and vocational training program in renewable energies.

Speaking on Thursday May 31, 2018 at the Monrovia Vocational Training Center, the assistant minister for science and technology at the Ministry of Education, Saku Dukuly, said the ministry will do all it can to incorporate such training into the national curriculum.

He noted that the ministry would train some of the graduates to serves as trainers in those technical and vocational institutes across the country.

“The reason why foreigners have taken over our economy is because they say we Liberians don’t have the skills to do things they are doing,” he said. “We should take charge of our economy by doing what the foreigners are doing; you should use the resources you have now to your advantage.”

At the same time, Olando S. Kanswen, the acting program manager for Light Up Liberia, said the program is intended to give the Liberian youth the skills necessary to work within the renewable energy sector.

He indicated that the program has equipped graduates with skills on how to install and maintain renewable energy technologies.

He explained that the program is focused on increasing access to modern, affordable, and sustainable energy service in rural parts of Liberia, access to financial services in targeted communities, and to promote economic opportunity and reduce scarcity within those communities.

Solomon Klee, one of the graduates, said he learnt how the solar panels work together with the battery, wire, and inverter to provide energy to a home.

He said the curriculum trained him and other students as electricians and emphasized the importance of solar energy to Liberia, with key topics emphasized being “what solar modules are made from, what kind of batteries are appropriate for use in the system, how connections are made, and many more.”

“We believe that this curriculum can and will be used in technical schools and universities in the country for the development of solar power,” he said.

Sharing
Tags Light Up Liberia, MERCY Corps, Ministry of Education
Contributions to The Bush Chicken are not tax deductible.