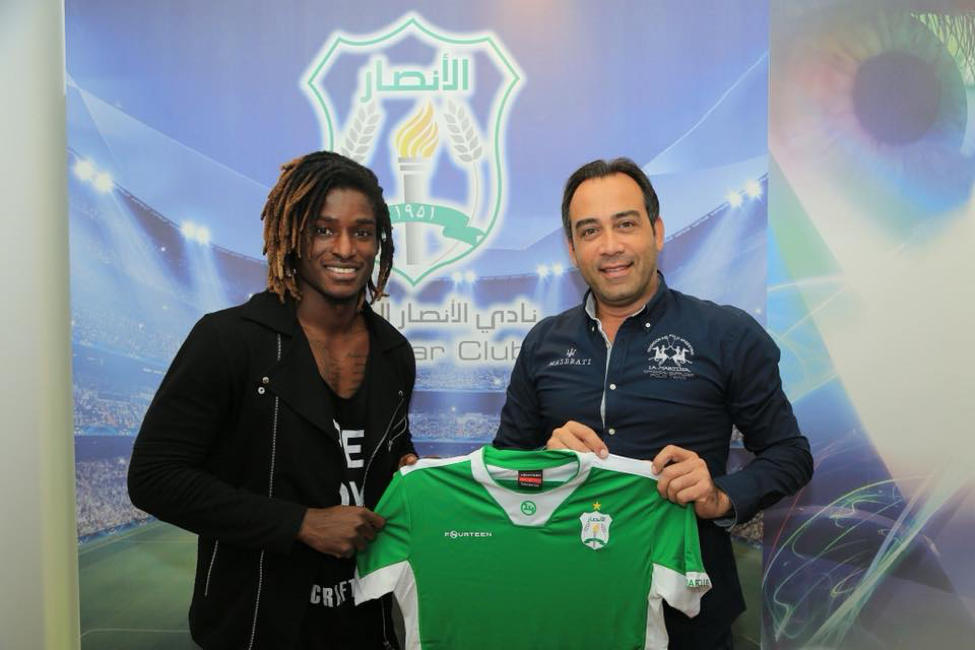 Liberian midfielder Theo Weeks has made a move to a new club in Asia after spending nine years in Europe as a professional player.

The 27-year-old ended his years of playing on the European continent by joining Lebanese Premier League club, Al-Ansar Soccer Club. The club confirmed the news via their Facebook page on Tuesday, January 2. Although the length of the contract and its value was not disclosed, the deal is believed to be quite lucrative for Weeks.

The 27-year-old was released by Ankaragucu at the end of the 2010-11 season as he went in search of new club. He spent half of the 2011-12 season on the sideline before completing a move to second tier team of Turkish football league, Goztepe. His move to Goztepe made it his fourth club in Turkish football in four years.

Just as his days with Ankaraspor, Ankaragucu, and Rizespor were cut short, Weeks made just a season with Goztepe and was unattached again at the end of the 2011-12 season. He didn’t stay long on the sidelines as he soon found a new club.

Weeks put an end to his four years of playing in the Turkish league to move to the top Portuguese league when he signed a two-year deal with CS Maritimo. He scored five goals in 35 appearances for Maritimo during his two seasons and again moved to Cyprus in 2015, joining Ermis Aradippou in the Cypriot First Division League on a three-year deal.

Weeks spent just a season with Ermis and moved to Azerbaijan to play for Gabala FK on a year loan. He made a great impact with the Azerbaijani side as he got adopted to the club style of play. He helped the club reach the 2015-16 Europa League Group stage. He made history with Gabala in the Europa league qualifiers when he scored a hat-trick against Georgian side, Samtredia, in the first leg of the first qualifying round. The feat made Weeks the first Liberian to score a hat-trick in any European football competitions. He scored seven goals in 27 appearances for Gabala and returned to Cyprus after his loan expired.

He began the 2017-18 season with Ermis where he made 10 appearances and scored once before moving to Lebanon to sign for Al-Ansar.