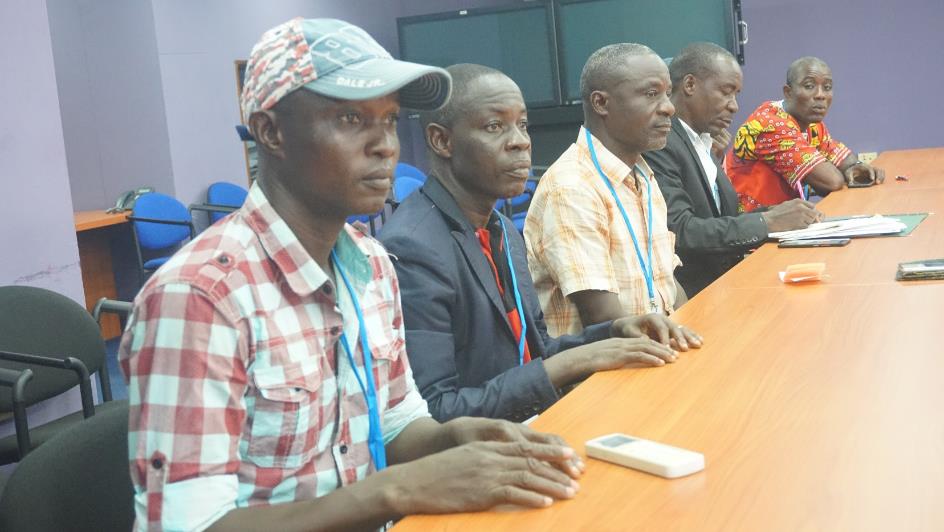 MONROVIA, Montserrado â€“ The pending eviction of squatters from the 72ndÂ Military Barracks in Paynesville by the Ministry of National Defense has been extended to May 1 following the intervention of President Ellen Johnson Sirleaf.

The squatters had earlier been told to evacuate the area by April. Defense Minister Brownie Samukai said on Tuesday that the occupants should leave the facility or be removed by May 1. According to Samukai, the barracks are the official residence of the Armed Forces of Liberia, noting, â€œNo other persons have the authority to reside there.â€

â€œThe squatters have been residing in the barracks for twenty years,â€ he said.

Samukai said he would demonstrate his determination in making sure the squatters leave the barracks.

He added that the military would be deployed to the barracks this Saturday to begin surveying the facility, which, according to him, will demonstrate that the Defense Ministry is prepared to take over the facility come May 1.

For squatters who wanted to leave the area and did not have the means, Samukai said he would also dispatch military trucks on Saturday to help transport them.

Samukai said the presence of squatters on the property has meant that the government has not been able to provide adequate living accommodations to soldiers. Several opposition party members have criticized him for not providing proper housing for the soldiers, he said.

He said now that the government has provided funding to renovate the barracks, those same opposition figures are now against the move to evict squatters from the barracks. The Liberian defense minister said in the wake of the planned eviction, the Coalition for Democratic Change held a political rally at the facility and incited the occupants not to leave the area.

Samukai said at the time of the rally, he was not in the country and challenged the defiant politicians to come back with their microphones.

The Bush Chicken was informed that JeffersonÂ T. Koijee, chairman of the Revolutionary National Youth League of the CDC, had gone to the area with other participants. When contacted, Koijee confirmed that he and other party officials went to the area upon an invitation from the occupants after they received an eviction notice.

Koijee noted that the eviction is counterproductive and undermines the peace in Liberia, especially as the country moves towards the October 2017 elections.

The defiant squatters, through their legal counsel, Nicular Edward, said they aimed to find an amicable solution to their eviction, given that they are former officers of the controversial Anti-Terrorist Unit established in 1997 by the imprisoned former Liberian president, Charles G. Taylor.

The squattersâ€™ representatives voiced their concerns at a meeting arranged by the Human Rights and Protective Services unit of the United Nations Mission in Liberia. The Anti-Terrorist Unit was aÂ paramilitaryÂ force and its commander wasÂ Chuckie Taylor, Charles Taylor’s son. The ATU had no legal basis for its existence and was not under the command of theÂ Defense Ministry.

The squatters rebuffed the offer from Samukai to help them with transportation from the barracks.

â€œIf the government has any issue with us residing at the barracks, we should be dragged to court,â€ said one squatter, who did not identify himself.

Edward, the legal counsel who spoke on behalf of the squatters, said the former ATU officers were asked to occupy the 72nd military barracks in 1998 by President Gyude Bryant and Taylor.

Referring to Article 8, Section 2 of the Comprehensive Peace Agreement that ended the 14-years civil crisis, Edward said the ATU and other security organizations should be restructured and resettled, adding, â€œSince president Sirleaf was elected, such is yet to happen.â€

The peace agreement makes no reference to resettling members of the Ant-Terrorist Unit, but rather, requires that they are â€œdisarmed and restructured.â€

â€œThe former ATU officers are law-abiding citizens of Liberia and do not want to do anything wrong against their much-cherished and hard-earned peace and security,â€ Edward maintained.

He declared that the former ATU officers are prepared to leave the barracks if and only if their rights are respected.

Edward further noted that the former ATU officers will decide their next course of action if nothing substantive comes from the meetings with various stakeholders.

He said the men, including their families, registered at the barracks during the recently ended voter registration process, and if they are evicted, they do not know where they will cast their votes on October 10.

The occupants said they wrote the United States Embassy in Liberia, European Union, the Carter Center, the ECOWAS ambassador to Liberia, the speaker and pro-tempore at the House of Representatives, and others, to inform them of their concerns.

Francis M. Kai-Kai, UNMIL Chief of Peace Consolidation Services, and Sonny Onyegbula of the UNMIL Human Rights and Protective Services, who formed part of the meeting, noted the bottom line for the mission in Liberia is to consolidate peace.

Kai-Kai and other UNMIL officials attending the meeting urged the men to rewrite all their concerns.

Land rights remain a thorny issue in a post-war Liberia, often causing disputes and violence between the involved parties. It is still difficult to determine who owns a particular parcel of land, as government records are far from exhaustive and individuals frequently sell and resell land they do not own with little repercussions.

Even government agencies are not immune from the effects of a lack of transparency over the land rights. Several government properties have been occupied over the course of the war by squatters or have been illegally sold by individuals.

TheÂ University of Liberia is still continuingÂ with its eviction of squatters from parts of its property at the Fendell campus. Additionally, Ministry of Health officials are still struggling to removeÂ squatters from the Catherine Mills Rehabilitation CenterÂ in light of the limited space for mental health patients at other facilities across the country.

A bill to establish the Land Rights Act, which remains in the Legislature, is expected to resolve some of the issues associated with land disputes within the country.

about 1 hour ago by Jerry Myers