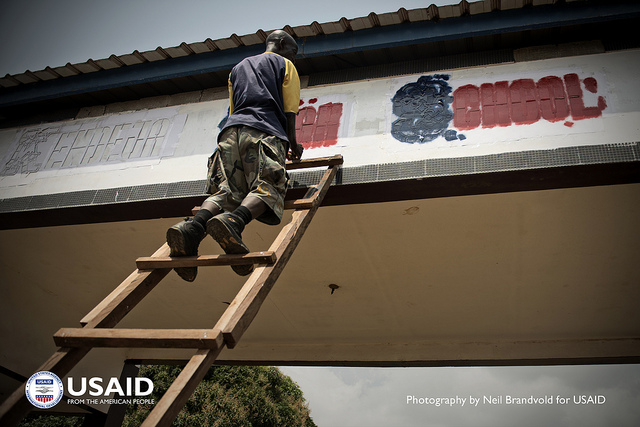 The Ministry of Education has announced the closure of primary and secondary schools in the country by July 31, 2015. This decision is contrary to the recommendation of the plenary of the House of Representatives. When Education Minister GeorgeÂ Werner appeared before the representatives, they directed him to abandon his proposal to close schools on June 30. He made the disclosure yesterday at the Minister of Information regular press briefing in Monrovia. Below is the full detail of the Minister’s plan of action. It does not address the main concerns of parents that they had already paid for the school year which will be truncated, although it does say WAEC fees will be reimbursed.

The Government of Liberia school year has traditionally run on a SeptemberÂ­-June cycle. With the advent of Ebola, schools were officially closed in September 2014. This prudent measure was pivotal in containing exposure to, and spread of Ebola, amongst children and their families. As Ebola became contained, and with a learning deficit of 6 months per pupil, the Ministry of Education (MoE) prioritized getting children back into school. MoE announced the reopening of schools in February 2015, and a resetting of the school calendar to a March-Â­November cycle.

The MoE has a mandate to develop, promote and implement educational policies and create the necessary institutional framework that will provide universal education for all LiberiansÍ¾ and thus enable government to provide and support sustained human resources development in all its aspects of human endeavor. We must intensify the process of transformation by developing a highly educated and skilled labor force. Improving education is therefore crucial for the country, and crucial for every child â€“ so that each child can fulfill his or her potential.

During our confirmation hearing before the Senate Committee on Education and at a Cabinet meeting afterwards, the MoE leadership team presented a comprehensive vision to optimize the gains we have made in the educational system since the end of the Civil War. We said then, and would like to repeat here, that our Governmentâ€™s mandate to progress from â€œmessâ€ toÂ â€œbestâ€ demands improving learning conditions and outcomes in Early Childhood Development, Basic and Secondary Education. This requires addressing the 6â€“month learning deficit headÂ­on with both the optimal school calendar and the resources needed to support learning.

The grievous direct and continuing indirect hardship imposed by Ebola has resulted in close to nil in learning outcomes for children between September and June 2015. In addition, the rainy season will significantly reduce pupil and teacher attendance, particularly in rural areas, in the coming months. Seeking to achieve one school yearsâ€™ worth of learning in the remaining period running till November 2015 is an unrealistic burden to expect either teachers or pupils to shoulder. All students need to master the content and skills, which will allow them to excel in future years. Moreover, all students in Grades 9 and 12 need to be fully prepared for WAEC Exams, which had been set for October 2015. In the past five (5) years our students have received poor scores in WAEC ExamsÍ¾ after 6 months out of school, it is not likely that students will achieve better results in the WAEC Exams, which had been set for October 2015.

The further risk is that desired learning outcomes in future years are lowered irrecoverably to cater for the shortÂ­term learning deficit.

We know that the scale of the challenges we face is monumental. We spent last week travelling through several counties, listening to students, teachers, parents, school boards, and community members. The listening tour was disheartening, to say the least. In many places, the system is not merely a messÍ¾ the system has collapsed To illustrate, In Wotoken, Sinoe County, because of appalling conditions in the only public school there, school where, when the children left, goats came in and left their wasteÍ¾ no chairs, so parents stopped sending their children and moved them to a church building. With the onset of the rainy season and thunder storms, the roof caved in and the parents withdrew their childrenÍ¾ In Grand Kru, there were no Science and Math teachers in any of the three high schools: PG Wollor, Barclayville Central High, and Sasstown High.

The structural integrity of Cape Palmas High School has been badly compromised, so much so that students have been evacuated to a nearby makeshift facility in which there are no toilets. In Wleboken, River Gee, students have nowhere to go when it rains. There are too many schools with no latrines, no water, no roofs across the country.

Speaking to a group of students, 1 in 3 were willing to report, publicly, that they had been directly asked for bribes by teachers or teaching assistants.

All of this means that students arenâ€™t able to learn, and arenâ€™t able to reach their full potential. Liberians want and deserve better. Students and teachers want books, instructional materials, and support.

MoE is therefore resetting the school year to the original cycle, and to rapidly implement improvements during a shortened school break. This policy will provide a solid foundation for full recovery of teaching and learning: students will have more time in school to learn, and teachers will be better prepared and better supported. Furthermore, the rainy season, a real challenge for poor, rural children and their families, will not disrupt schooling year on year.

The following are changes to the school calendar, with adjustments to promotions and WAEC dates.

Changes to the school calendar go handÂ­inÂ­hand with work being done to rapidly improve teaching and curricula. Three measures are especially important. Â­

All students will begin the 2015/2016 school year with booksÍ¾ teachers will have new instructional and supplementary materials, and additional training. In short, our students and teachers will be better equipped and supported than they have been in the past ten years. A full list of the deliverables to be met is provided below.

This is a collective failure, a failure of all Liberians. If we do not take bold action, the next generation will be far, far less educated than the one from which it is supposed to take over. Our children are bright and capable, and they deserve a better education than we are currently providing. To fix the educational system and to get at the â€œbestâ€, we need to make some tough decisions, to reorient students, teachers, parents, and school administrators.

Already, the public conversation has begun and, in the view of the MoE leadership team, it is healthy for us to discuss education and how we can get at the â€˜bestâ€™ to service the needs of our economy now and in the future. In addition to all of the deliverables outlined herein, we will embark on a communityÂ­based communications strategy to discuss the intent of this reform. Though making tough decisions can be controversial, community trust in government will be fostered if we act as leaders, making tough decisions and then delivering on our promises. This policy will deliver tangible improvements in education that Liberian students, parents and teachers are desperate to see.

Before schools resume in September, MoE, with its partners, will meet the following deliverables.

Books for all students Â­

Other learning resources for students

Assessment of other parts of the system

Improvements to school buildings and facilitiesÂ­