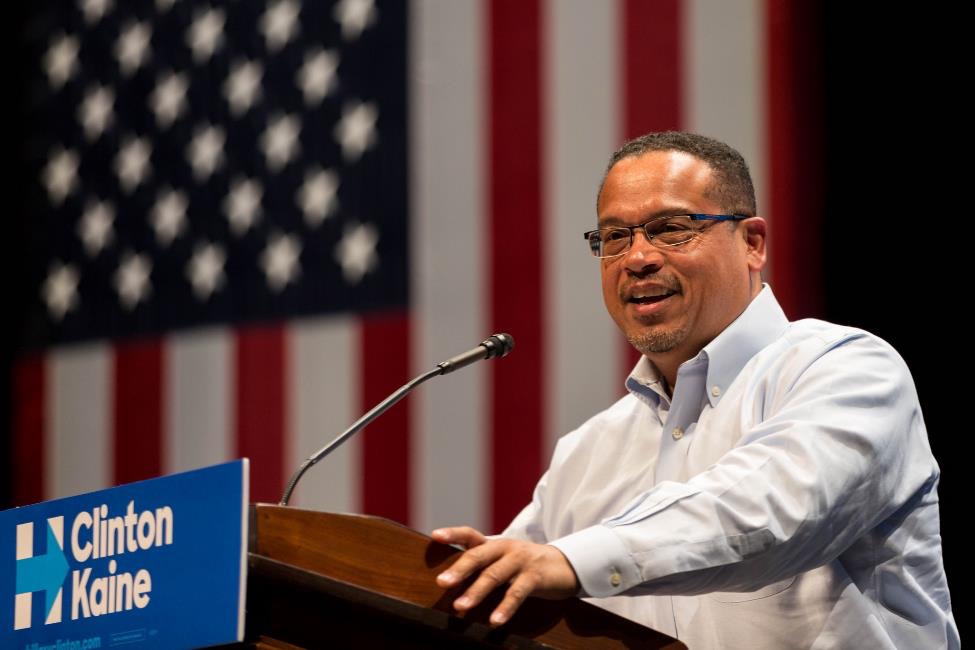 Minnesotaâ€™s attorney general, Keith Ellison, has co-led a coalition of attorneys general from nine states and the District of Columbia in supporting Liberians who have filed suit to block President Donald Trumpâ€™s termination of their Deferred Enforcement Departure status.

Minnesota is home to one of the countryâ€™s largest Liberian communities, with nearly 16,000 people who were born in Liberia or claim Liberian ancestry. Most of these individuals have lived in the U.S. for more than 20 years, but risk deportation to Liberia as the result of the expiration of their DED status on Sunday, March 31.

DED beneficiaries, according to the United States Citizenship and Immigration Service, are Liberians or stateless individuals who last resided in Liberia and have lived in the U.S. since 2002. Some held another immigration status called Temporarily Protected Status up to September 30, 2007, and were subsequently covered by DED. More than 4,000 Liberians are covered under the program.

Trump issued a memorandum last year extending the status for an additional one-year period, which ends in less than a week.

In addition to several ongoing campaigns and actions to prevent the deportation of Liberians and secure permanent resident status or a further extension of the program, a group of plaintiffs who are scheduled to lose the DED protections because of Trumpâ€™s directive filed a lawsuit on March 8 in the U.S. District Court for the District of Massachusetts.

In the case ACT vs. Trump, the plaintiffs claim that the U.S. presidentâ€™s change to the DED policy for Liberians is unconstitutional because it was based on racial animus and national origin discrimination, deprived DED beneficiaries of due process under the constitution, and violates their constitutional rights to family integrity.

They have filed a motion for the court to enjoin the Trumpâ€™s administration from enforcing the presidentâ€™s directive by removing Liberian immigrants who are DED beneficiaries. If granted, the injunction would prevent the administration from implementing the presidentâ€™s directive, at least until the plaintiffsâ€™ constitutional rights are fully adjudicated in federal court.

In an amicus curiae brief filed Monday in support of the plaintiffs, Ellison and the other attorneys general argued that their statesâ€™ economies and communities would be harmed by the deportation of Liberians, who are hardworking colleagues and civic-minded community members.

â€œThe healthcare sectors in Minnesota and the people who benefit from them would be particularly harmed, as many Liberians are valued healthcare workers,â€ the attorneys general said.

Ellison also argued that Minnesota has an interest in protecting the welfare of children born to Liberian parents and raised there as U.S. citizens and in ensuring that these children continue to live in stable and loving homes with their parents.

â€œLiberians in Minnesota are our co-workers, our neighbors, and our friends,â€ he said. â€œThey volunteer in our communities with us and worship with us. Their children are our children [are] friends and fellow citizensâ€.

He said many of those to be affected by the deportation are the ones who do the hard work of taking care of them and their loved ones when they cannot care for themselves.

â€œBut President Trump, unlike the four presidents before him, has put an end to the common-sense protections that have kept our Liberian friends and neighbors safe in Minnesota and safe from strife in Liberia. Iâ€™ve led this coalition because when the Liberian community lives with dignity, safety, and respect, as it has in Minnesota for decades, every Minnesota community thrives,â€ he continued.

He said he would use the power of the attorney general to protect Minnesotans if the president would not.