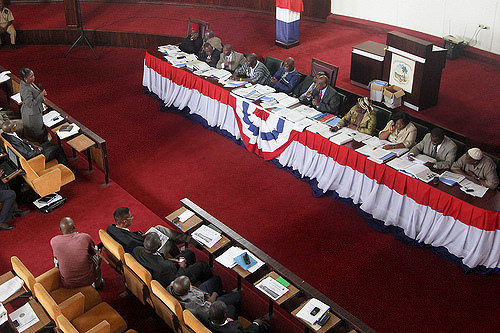 MONROVIA, Montserrado â€“ The Ministry of Finance and Development Planning has prepared and submitted its budget for the upcoming fiscal year, 2016-2017. Understandably in anticipation of the 2017 elections, the National Elections Commission sees the greatest percentage increase in budget allocation.

Some parts of the budget reflect misplaced priorities of government officials. For example, at the John F. Kennedy Medical Center, which has been ridiculed as â€˜just for killingâ€™ because of many issues at the institution, including lack of resources and poorly functioning equipment, there has been no change in its budget. It remained flat at the US$ 6.5 million that was allocated the previous year.

The same is the case for the University of Liberia, which retained the same US$ 15 million allocated last year. This came despite pleas from students against raising the tuition by 100 percent. Additionally, university officials have been arguing for an annual budget of US$ 29 million for some time now, even saying that the proposed increase in tuition will be a drop in the bucket.

Despite this reality, the National Legislature, which is expected to use US$ 7 million more than lawmakers were allocated in the budget last year, essentially sees no change in its allocation even though the overall national budget dropped by 10 percent from US$ 622 million to US$ 556 million. Lawmakers in both houses received a total of US$ 40.5 million.

The Education Ministryâ€™s budget also remained largely unchanged, at US$ 45.5 million. The Ministry of Public Works, which would seem to be a priority in a post-conflict country, is reduced by 62 percent. Other agencies that saw a significant drop in their allocations are the Ministry of Youth and Sports, which lost a third of its budget. Also, the Land Commission, which has been phased out of existence to free up US$ 800,000; Monrovia City Corporation, which saw a significant drop from US$ 2.5 million to US$ 1.2 million despite neighboring Paynesville’s funding remaining at the same level. Lastly, the embattled LibTelCo, which inexplicably appears to have no funding.

The detailed budget can be found at the Ministry of Finance and Development Planningâ€™s website.