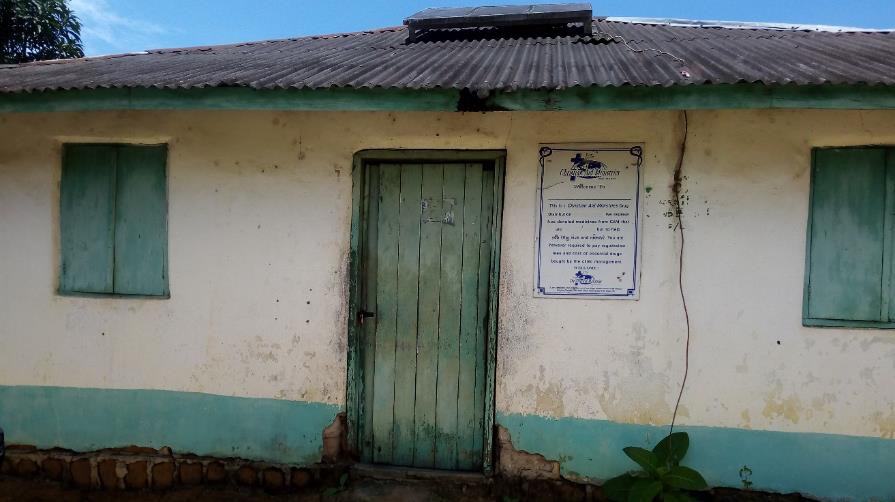 The 42-year-old David Nyanateeâ€™s body was discovered on Saturday by fisherman James Korvah after days of search by town residents.

Nyanateeâ€™s body was found a 50-minute walk from the town, down the Farmington River. He was wearing white underwear and a boxer with his work ID card on his neck and a bunch of keys tied to the underwear.

Nyanatee had driven a few health workers from the NGO to Jacob Lateh Town on Wednesday to commence a three-year program that would see the training of community health assistants and general community health volunteers and to provide free medical services to residents of the district.

His colleagues noticed he was missing on Thursday and raised alarm to authorities of the town. The situation drew the attention of county authorities, the Last Mile Health management, and Nyanateeâ€™s family members.

â€œWhat hurts me most is that last week Tuesday, during the launching of this program on Civil Compound One, we the various commissioners stood up and assured Last Mile that we were going to protect any of their employees because the work they came to do here is for us,â€ he said.

Johnson said based on the magnitude of the case, he immediately called the county superintendent to inform him that the driver had been reported missing. Police later arrived to carry out the investigation.

Solomon Grimes, the statutory superintendent of Diahn-Blae Statutory District, called on citizens to cooperate with police during the investigation.

â€œThis is a national issue,â€ Grimes said. â€œIt is no longer a district issue. So, I turn it over to you [the police] for further investigation into the matter.â€

One of the health workers, Butty Lee, said they had no reason to feel unsafe, as they had been welcomed by the town.

â€œBesides, we were not around foreigners, the very people who work at the clinic also live in this town. What suspicion do we have?â€ he said.

Lee said late Thursday afternoon when the health workers who had been dropped off in the town received a text message from their supervisors that the driver had not reached Buchanan, they immediately went to the crossing point to see whether the car was still parked there.

The car was still there, but the driver could not be found, prompting them to mount pressure on authorities.

Police set up a 15-person coroner jury on Sunday to examine the body to determine whether there was foul play. The jury was comprised of four family members and eleven residents from the town.

After viewing the body, the four family members said there was foul play while the 11 others said they detected no foul play.

The body was turned over to the family and buried on Sunday at 7:00 p.m. in Cotton Tree, Lower Margibi.

Eleven persons, including Commissioner Daniel Y. Johnson and the Town chief Sackie Massaquoi, were invited by the police in Buchanan in connection with Nyanateeâ€™s death. They are currently being investigated by police.