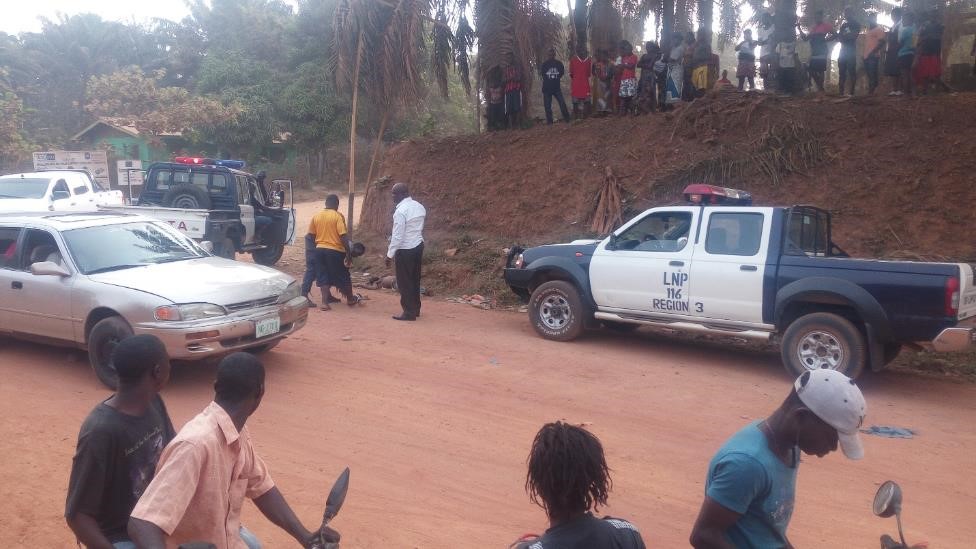 GBARNGA, Bong â€“ Three suspected criminals have been killed in Bong as a result of mob violence in less than one month.

Emmanuel Yarkpawolo, who goes by the alias Deaf Rogue, was mobbed to death in the People Street Community in Gbarnga on Tuesday, January 31, while Siafa Fumbah was brought down a week later on February 7, in the Fareast Community, according to police records.

Records of the Bong County Police Detachment referenced the three as â€œnotorious criminalsâ€ who have been arrested, charged, and sent to court on several occasions for different criminal offenses.

The commander of the Crime Services Division of the Liberia National Police in Bong, Inspector John Kelenso Flomo, said Tokpah had been charged with illegal possession of a single barrel pistol on January 11 and sent to court for prosecution.

He said the LNP was shocked to have heard of his death when Tokpah was expected to be facing justice.

Flomo said â€œnot a singleâ€ person had been arrested in connection with the deaths of the three men.

â€œPolice investigations are still continuing, and we are appealing to our citizens to come with any information they have in connection with the deaths of these guys,â€ he said. On the morning of January 31, citizens rushed to the scene of the crime to view Yarkpawoloâ€™s lifeless body. A group of women who claimed to have been victimized by him sang, clapped, and danced in apparent celebration of his death.

Unlike Yarkpawolo, Siafa Fumbahâ€™s mother and sister, as well as other family members, were at the location of his death, weeping over his corpse, which laid in a pool of blood. Nearby, onlookers frequented the scene to see the spectacle. Family members later took charge of Fumbahâ€™s body after police examinations.

Although most residents seem to support the deaths of the alleged criminals, as evident by views expressed on local radio stations and streets corners, two rights activists in Gbarnga have expressed concern over the mob actions that resulted in the menâ€™s deaths.

Aaron G. V. Juaquellie, national program officer for the Foundation for International Dignity, and Jesse B. Cole, regional coordinator for the Catholic Justice and Peace Commission, both called for trials of alleged criminals instead of having them humiliated to death in such manner.

Further, Cole suggested that the presence of criminals was a symptom of a larger societal problem. He said young Liberians who are in the streets engaging in criminal activities are likely doing so as a result of a â€œlack of opportunities or rehabilitationâ€ programs for them. He said the Liberian government has few programs that can transform the lives of traumatized young people; as a result, some may find themselves involved in criminal activities such as robbery. He cautioned that these young people might simply be â€œhungryâ€ and called on the government to develop and sponsor innovative programs to get the youth off the streets and turn them into potential citizens.

Moreover, Cole said it was peculiar that government officials embezzle huge sums of money from taxpayers with impunity while the â€œhungryâ€ youth are being killed for little or nothing.

As for Juaquellie, he emphasized the need for the police and other agencies to double their efforts in preventing crimes and safeguarding Liberians. He said it was unfortunate for people to be killed for alleged criminal acts without being tried in court.

Juaquellie wants citizens to revert to the law when they are offended by anyone instead of engaging in mob violence.

He is also calling on the police to make sure those responsible for the deaths of the three gentlemen are brought to justice to account for their actions.

Liberiaâ€™s penal code classifies mob violence as a crime and punishable by laws, but in most instances, perpetrators of the crime go with impunity because the state does not have the capacity to track perpetrators.

Citizens often hold back information on perpetrators of mob violence for fear of their lives or possibly because citizens themselves are most often part of these mob actions.

Additionally, mob violence thrives in Liberia partly because of a weak justice system. Crowded prisons, poor police gathering of evidence, and corruption can often mean that criminals are released without bearing the consequences required by the law for their crimes.