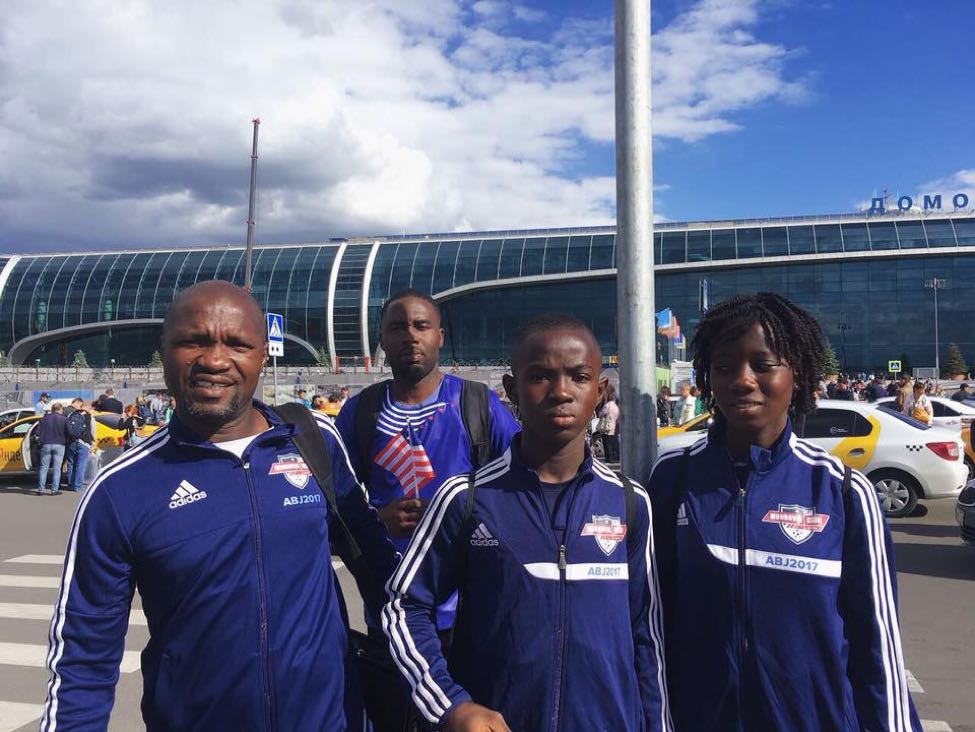 The Lone Star did not qualify for the 2018 FIFA World Cup, but at least Liberia will be represented in Russia. Two athletes from the Monrovia Football Academy are currently in Russia to participate in the 2018 Football for Friendship tournament that will be held from June 8-15.

Sao Jackson and Zeta Kromah of the academy arrived on Friday, June 8 in Moscow where they will join other youth from around the world to participate in the F4F tournament that will feature 32 international friendship teams.

Jackson will feature for the Galapagos Sea Lions as defender during the tournament while Kromah is expected to work as a journalist and will be reporting on the activities of the F4F program. The students were accompanied by Prince Scott, who is the head of the delegation; Sekou Manubah, the head coach of the academy; Will Smith, the co-founder of the academy; and Anthony Kokoi, a sports journalist.

According to a press release issues by F4F, the program which will bring together 211 children from across the world. The program aims to involve the young generation in promoting the most important human values among their peer-friendship, equality, peace, and respect for different cultures and nationalities.