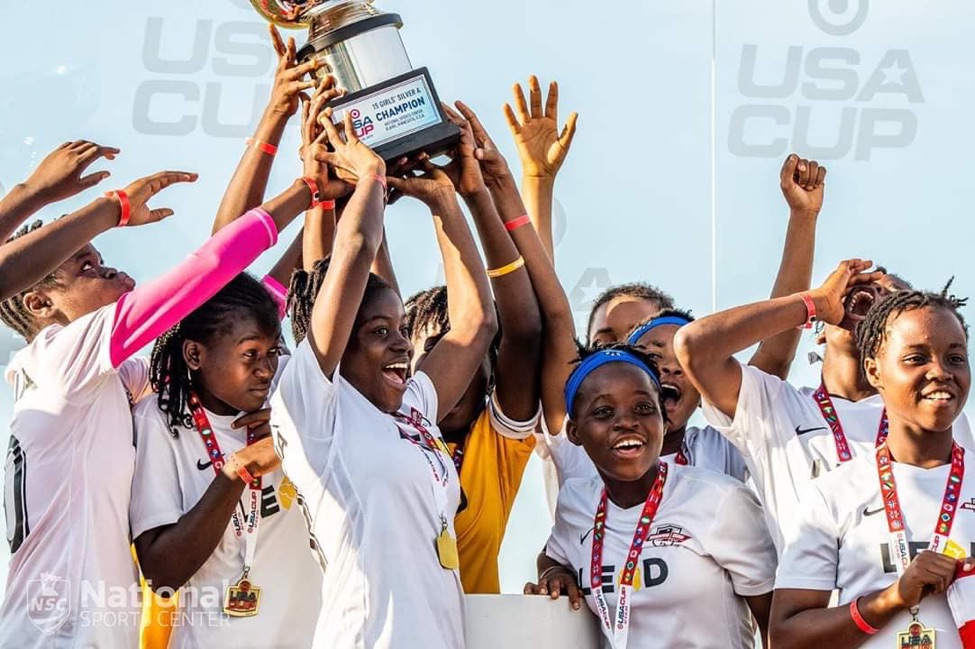 MONROVIA, Montserrado â€“ Monrovia Football Academyâ€™s Under-15 girlsâ€™ soccer team has been crowned as champions of the 2019 USA Cup.

The team won the championship on Saturday after defeating Michiganâ€™s Vardar United FC 3-2 during a post-match penalty shootout in the U-15 Girls Silver Division final at the National Sports Center in Minnesota.

More than 1,000 spectators had gathered to watch the final, according to the National Sports Center.

â€œFans stormed the field following Liberiaâ€™s victory and celebrated with the team in Target Village,â€ the report said.

The team is now the first Liberian female soccer team to win an international competition.

On Sunday, President George Weah congratulated the girls in a special statement on Facebook for their victory and splendid performance in representing Liberia at the tournament.

Weah said the government and people of Liberia are very proud of the achievement and truly grateful for the level of pride they brought to the Nation.

â€œThis feat signifies the rich talents our youths possess, and their ability to harness those talents when given the opportunity,â€ he said.

â€œIt also serves as an embodiment of resilience, hard work, and discipline.â€

He said the victory also renews the vigor of the government to invest more into youth programs.

The Liberian head of state, who is also a winner of several world football awards, added: â€œAs we celebrate this milestone accomplishment, I would like to also extend profound thanks and gratitude to the government and people of the United States; as well as the organizers of the â€˜Target USA Cupâ€™ tournament for affording our Liberian Under 15 team the opportunity to gain international exposure by participating in this competition.â€

He also extended special gratitude to the leadership of the Monrovia Football Academy, the trainers, and coaches for their role in preparing the girls for this contest.

â€œWe are truly gratified by the level of discipline, sportsmanship, and preparedness the girls exhibited during the tournament,â€ he added.

â€œThey are truly our Nationâ€™s pride and once again. Congratulations to the girls!â€

The Monrovia Football Academy was founded in 2015 and is operated by LEAD Africa. It now hosts 105 student-athletes ranging from ages 7-16. The football academy has long rented space from other institutions, but it is now in the middle of a major fundraiser to build the first phase of its own campus. An online fundraiser that aims to generate US$250,000 has been launched, although it has only attracted US$3,300 in donations by Monday evening.