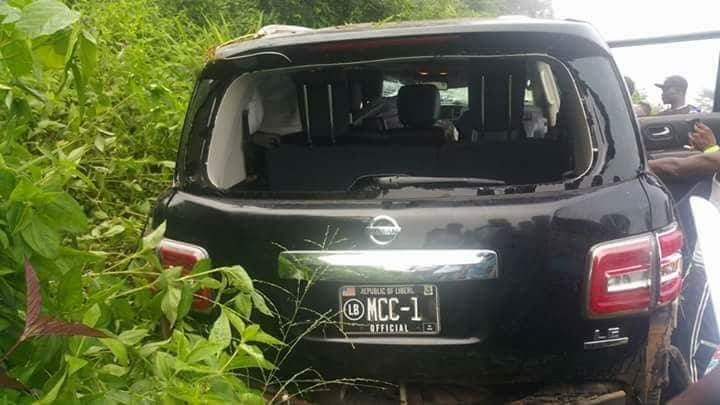 GBARNGA, Bong â€“ On Saturday morning, Jefferson Koijee, mayor of Monrovia, was involved in a motor accident along the Suakoko Highway.

Frederick Nepay, the police superintendent for Bong, told The Bush Chicken that there had been no casualty from the accident, â€œat least for now.â€

Koijee was headed for Gbarnga to attend a program when his official vehicle and a blue Nissan Primera traveling from Ganta to Monrovia collided around Maimu in Totota, according to police.

The Nissan was operated by Prince Gono and had six occupants on board. Three of the occupants, including the driver, are currently at the Phebe Hospital receiving medical attention.

â€œThe mayor is in Gbarnga and well only the driver is here in Phebe in the emergency room with some of those who were in the Nissan,â€ Nepay told The Bush Chicken Saturday morning from Phebe Hospital.

Koijeeâ€™s driver is said to also be at Phebe Hospital for treatment. He said the police is currently investigating the cause of the accident and could not speak further.

â€œWe are here at the hospital now to establish the particulars of those involved in the accident and see how they are coming on,â€ Nappy said.

Photos of the accidents surfaced on social media, Facebook, minutes following the incident.