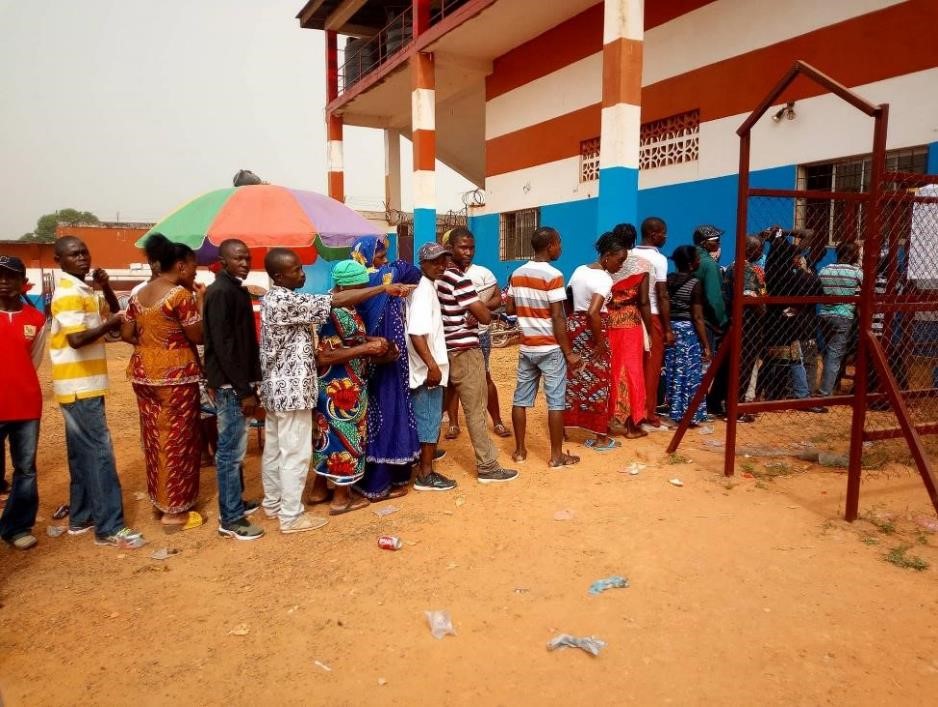 MONROVIA, Montserrado â€“ The by-election for representative of Montserradoâ€™s thirteenth district appears to have been conducted smoothly, amid heavy security.

The heightened security was a result of Saturdayâ€™s violence near the close of official political campaigning, which entangled supporters of the Coalition for Democratic Change and the Unity Party candidates.

On Tuesday, November 20, police were seen frequently patrolling areas within the electoral district, in addition to being stationed at each polling center.

Ahead of the vote, three international diplomatic missions expressed concern over the campaign violence. The United Nations, the African Union, and ECOWAS jointly condemned the acts of violence as reported over the weekend, adding that it is inimical to the continued peace and stability of the country, as well as to the holding of credible, transparent and democratic elections.

The organizations said Liberia had taken great strides in building peace and stability, thus stressing the need to maintain such gains.

â€œIt is therefore of utmost importance for Liberiaâ€™s continued stability and development to avoid any incident that may derail the country from its current peaceful course,â€ the statement read.

The U.N., A.U., and ECOWAS also called on stakeholders of the by-elections to take immediate steps to refrain from acts and utterances that could undermine the credibility of the electoral process and the legitimacy of its outcome.

â€œWe will continue to follow closely the political climate for the by-elections in Montserrado and Sinoe while remaining committed to supporting the government and people of Liberia in its strive for a peaceful, stable and prosperous country,â€ the statement added.

â€œWe also call on all authorities and actors to ensure that the elections take place in a peaceful and safe environment that would allow all citizens to exercise their democratic rights.â€

A police report said four persons were wounded as a result of the violence. However, Unity Party candidate Cornelia Kruah-Togba noted that instead, more than 20 of her supporters had sustained physical wounds, including a female supporter that was reported to have been stabbed to death. Kruah-Togba blamed the Coalition for Democratic Change for instigating the violence. She added that Mayor Jefferson Koijee, who is the head of the CDCâ€™s youth wing, had directly participated in the violence against her supporters.

The police dismissed the claim of any death, but the Unity Party candidate, who is also supported by the Alternative National Congress and Liberty Party, said her team is still working to trace the whereabouts, identity, and family of the probable dead supporter.

A video emerged on social media late Monday night showing the Monrovia mayor with a group of men who were involved in a fight, even though the police had earlier said it had no information to link Koijee to the violence.

Polls have now closed, and tallying is ongoing. The National Elections Commission expects to have the provisional results available by Thursday, November 22.