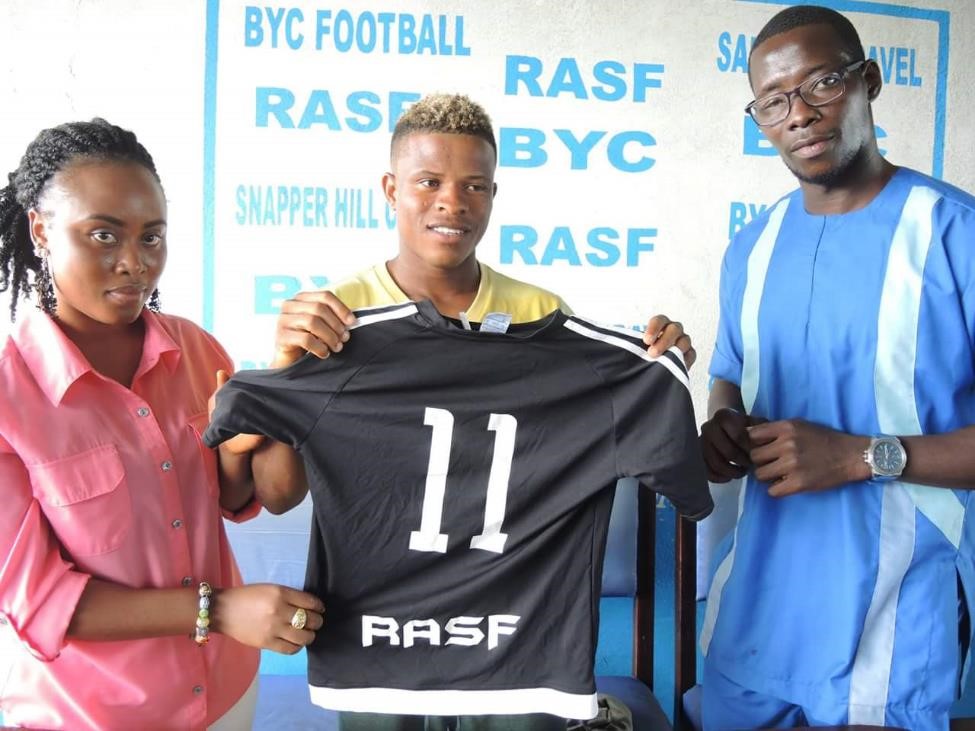 Fallah Sheriff joined the 2015-16 first division champions on a one-year deal with an option of extension at the end of the season. Sheriff ended his three-year spell at LICSCR FC to join BYC as a free agent. His contract with LISCR expired at the end of the last season, and he refused to extend his contract despite an improved offer. He ended his time with LISCR by helping the club win the 2016-17 season trophy. Speaking to The Bush Chicken after his move to BYC, he admitted that the offer from LICSR to extend his contract was huge, but that he wanted to move on to new challenges.

â€œIâ€™m happy to join BYC. Many people wonâ€™t understand my decision, but I feel it is the right one,â€ he said. â€œI have had an exciting time with LISCR where I won the league and FA Cup. Itâ€™s a great achievement, and I appreciate the club for the time. They asked me to extend my contract with a huge offer, but I needed to move on to face new challenges in my career.â€

Like Fallah Sheriff, BYC captured Eugene Swen from Keitrace Football Club as a free agent. Swen, who plays as a center defender, was the target of many clubs after his fine form with Keitrace during the last league season. He played a very instrumental role in Keitraceâ€™s defense as they finished eighth in the first division league and reached the semifinals of the FA Cup where they were knocked out by champions, LISCR FC. Swen joined the Go Blue Boys on a two-year deal. He might have fulfilled his dream by moving to one of the best cubs currently in Liberian football, but Swen will have to compete with the likes of Kemoh Kamara and Prince Jetoh if he is to play in BYCâ€™s first team.

Goalkeeper Alpha Jalloh made a return to the Blue Field after just a single season with FC Fassell. The youthful shot-stopper made his name in Liberian football with BYC youth side, BYC II, before making a shock move to FC Fassell after being reportedly snubbed a chance of playing in the senior team. With BYC II, Jalloh won the FA cup twice and also played twice in the CAF Confederation Cup. He becomes the second goalkeeper among the new arrivals. With the presence of Arlington Sengbeh and Abdoulia Koulibaly, Jalloh is expected to face a major competition to start in goal.

Right-back Jeremy Sagybe became the fourth signee for BYC in the ongoing transfer market. Saygbe moved to the Blue Field on a two-year deal. He played the last two seasons with FC Fassell after joining from third division side, Muscat Football Club. He was a key player in the Fassellâ€™s team until the arrival of Nuwo Johnson, which reduced his playing time. Like FC Fassell, where he had to compete to earn a place in the first eleven, Saygbe will face strong competition from Prince Kennedy and Karleo Anderson to make the BYC first team.