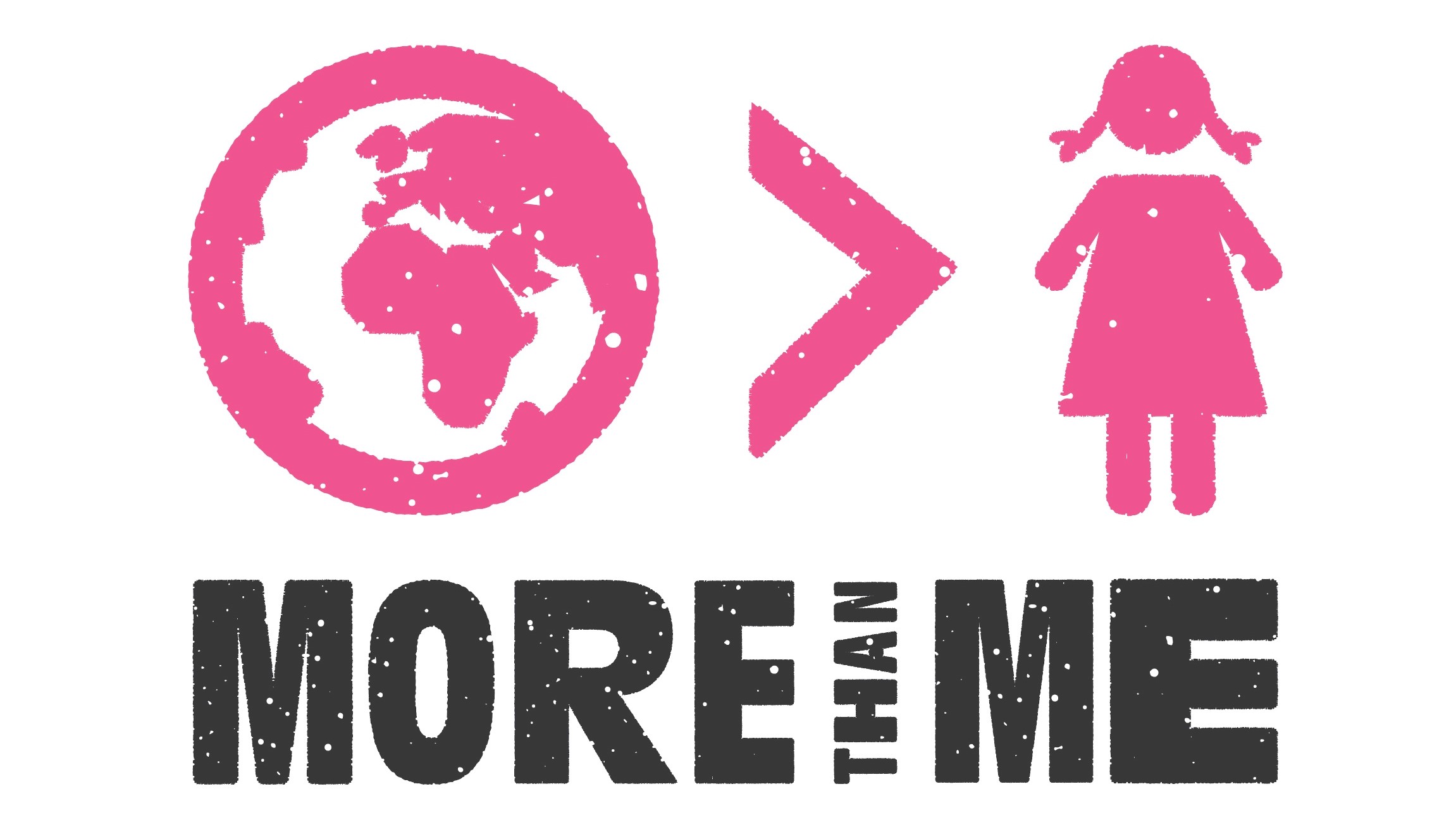 MONROVIA, Montserrado â€“ A damning article has been published alleging widespread negligence by an educational charity, More Than Me, in protecting its students from sexual exploitation. The organization operates its own private all-girls school, the More Than Me Academy, in addition to 18 public schools as part of the Liberia Education Advancement Program, previously branded as Partnership Schools for Liberia.

The article, jointly published by ProPublica and Time magazine, reports that a man, Macintosh Johnson, who had helped Katie Meyler launch More Than Me, abused his position of privilege by sexually assaulting many of the girls in the academy. The article recalls tales of Johnson raping students at his house, in the school building, and in the organizationâ€™s guest house. The events culminated with his arrest in 2014.

The report was accompanied by a documentary video and noted that the channels for the girls to report the rapes were compromised, as Johnson had been romantically linked to Meyler for several years, in addition to other staff members.

â€œJohnson had apparently compromised key routes through which the students could have reported his acts,â€ the article noted. â€œGirls and school workers would later say Johnson had sexual relationships with two staff members; one girl would even tell authorities she had seen Johnson and a female staff member having sex in a classroom.â€

Johnson was tried in court, resulting in two hung juries, likely because the government did not call More Than Me staff members to testify. The defense lawyer took advantage of this and built a case around an alleged conspiracy by More Than Me. Johnson died of AIDS while in jail and some of the girls in the school were later diagnosed with HIV.

In 2016, a second staff member was found to have raped a student attending the school, suggesting that proper policies had not been put in place after Johnson.

Moreover, the ProPublica article suggests that More Than Me was not been entirely honest with the story it told to the public about how it dealt with the incident, with published statements minimizing the impact and the number of victims. It also described an organizational culture that was more concerned with protecting the image of More Than Me than about ensuring that the perpetrators were punished swiftly and implementing proper measures to prevent further harm to children.

Additionally, the language used by the organization framed Liberia as a country where rape was so deeply entrenched within the culture and that More Than Meâ€™s intervention, no matter how flawed, was helping to make things better.

ProPublica said all this happened even as Meyler interacted with and was praised by figures such as Warren Buffett, Bill Gates and Oprah Winfrey, and raised over US$8 million, including almost US$600,000 from the U.S. government.

The expose relied on major testimonies from Michelle Spada, a program director at the time; Iris Martor, a former school nurse for the organization, and Chid Liberty, a former board member.

â€œI think that if I started a school today in Brooklyn and this happened in Brooklyn, there is no way that they would say: â€˜Well, this Liberian guy was just trying to help. Itâ€™s okay,â€™â€ ProPublica quoted Liberty as saying.

In a release issued just before the ProPublica article was published, More Than Me expressed regret over the situation leading to the abuse of the girls.

â€œWe are deeply sorry: When we started this work, we believed that our energy and passion for improving girlsâ€™ lives was enough to create lasting change. We were ambitious but also naÃ¯ve,â€ the organization wrote.

â€œWe are deeply saddened and regret that we were underprepared for the magnitude of the challenges we would face when we opened More Than Me Academy in 2013.â€

The organization extended apology to abuse victims, including those who did not report their situation, potentially for the pain they have suffered from their abuser. It promised to continue support to girls and young women affected through provisions of scholarships, counseling, and monthly stipends in supporting their dreams.

More Than Me said its enthusiasm for impact has not diminished and the recognition of the complexity of its work will inform every decision.

â€œWe acknowledge the importance of this conversation around sexual abuse in schools and do not claim to have all the answers. Respect for local context, community members, staff, and keeping the students at the center of our work must always be top priority,â€ it noted.

â€œWe must improve and work together to ensure that we are doing everything possible to protect and empower girls. We have bolstered our protection policies and undergone an independent review of our approach to safety to ensure we are continuously improving.â€

According to the release, the academy fostered an environment that encouraged 10 girls in the program to report their abuse by Johnson, who had recruited for the program in West Point.

â€œAs soon as the first case was reported to senior staff, we acted swiftly and decisively. We cooperated with the Liberian National Police and Liberian Sexual Gender Based Violence Crimes Unit at the Ministry of Justice to collect evidence to promptly put Johnson in prison,â€ the release added.

More Than Me also said it had engaged the International Rescue Committee to provide school-wide counseling and support to its students. It said sexual exploitation and abuse of its students is a horrific crime.

â€œAbove all else, our deepest regret is that we were not able to prevent this from ever happening at all. We recognize there are things we could have done better to limit Johnsonâ€™s power, and make uncovering abuse easier.â€

Although the release did not address the allegation of a rape incident carried out by a second staff member two years after Johnsonâ€™s incident, More Than Me said it has reviewed its policies and protocols with significant changes since 2014.

â€œMore Than Me is a very different organization today than in 2014. Our team is bigger and stronger, and we are having much greater impact for children,â€ it said.

The Ministry of Education has already issued a statement expressing concern about the allegations against its partner organization.

â€œThe Ministry of Education takes all incidents of sexual assault against students extremely serious and will speedily inquire into the article to ascertain the details of allegations made, being aware that our first duty is to protect our children while educating them,â€ the statement read. â€œAn official statement from the Ministry will be made when the information needed to draw a conclusion in this matter is satisfactorily established.â€

Meanwhile, ActionAid Liberia, an organization that works to promote womenâ€™s and girlsâ€™ rights, has also issued a statement in response to the article.

â€œItâ€™s appalling that an organization that built its foundation and fundraising appeal on responding to the sexual abuse and exploitation would somehow naively not consider the power dynamics of its role as a â€˜providerâ€™ and willfully neglect its responsibility to ensure that systems and mechanisms were in place to prevent and protect these girls from abuse,â€ the organization noted.

â€œMTM festered an environment that enabled the very abuse they claimed to raise money to address and protect girls from. Access to education is not just about getting girls in schools but making sure the challenges that girls face before schools and during schools are addressed.â€

ActionAid wrote that the well-known prevalence of sexual violence and abuse in Liberian schools should have meant More Than Me should have prioritized protecting young girls from this scourge.

Although the NGO did not make any explicit requests or demands, it challenged the government to â€œset precedentâ€ to avoid rewarding â€œthose who enable predators.â€

â€œThis government has an opportunity, once again, to take a stand and say no more. If [the] government doesnâ€™t take a strong stand, it is sending a message that girlâ€™s bodies and future can be taken for granted simply because someone claims to want to do or try to do good,â€ ActionAidâ€™s statement read.

Sharing
Tags ActionAid, Katie Meyler, Ministry of Education, More Than Me
Contributions to The Bush Chicken are not tax deductible.