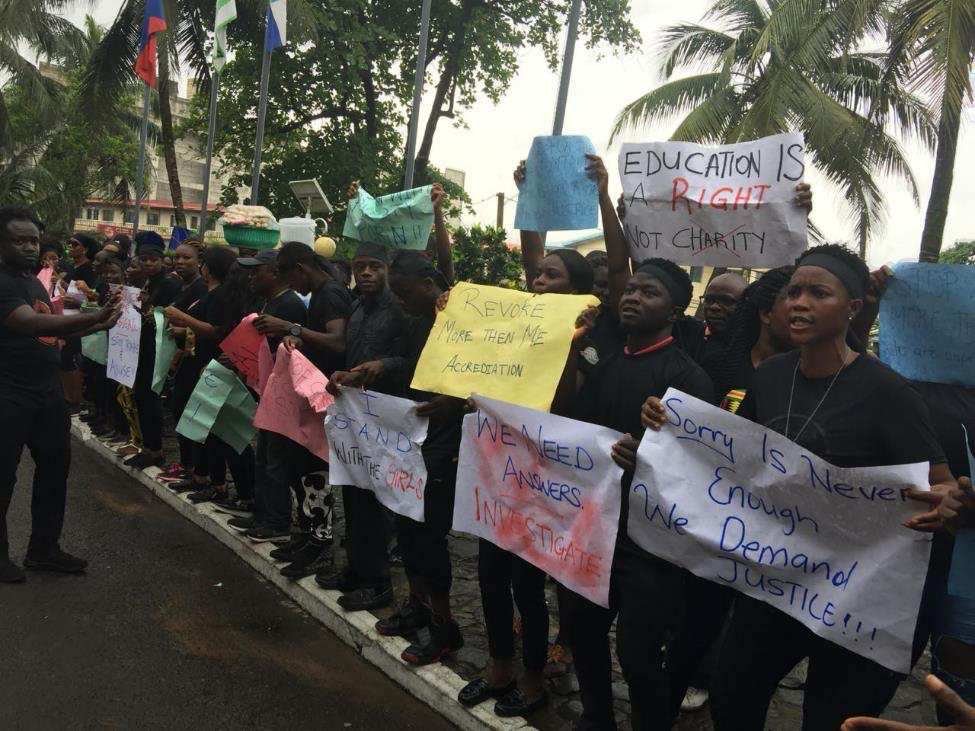 MONROVIA, Montserrado â€“ After the government announced the immediate re-opening of the rape case involving ten underage girls at More Than Me Academy in 2014, the organization has expressed commitment to support the investigation.

Members of a select committee of More Than Meâ€™s Board of Directors disclosed in a letter addressed to Education Minister Ansu Sonii on October 19 that the organization stands ready to offer any assistance it can to help with the investigation.

The select committee includes three board members with no business ties to More Than Me and who joined the board toward the end of 2015, after the events related to Johnsonâ€™s heinous conduct took place, for the express purpose of ensuring that the organization stays true to its mission and cooperates fully with all investigations.

The committee also further acknowledged its failure to protect the girls from the abuses and noted it was sorry for the incident.

â€œNo child should ever have to endure such horrific abuse, and it was our responsibility to prevent it from happening,â€ the select committee of board members disclosed.

In addition to reporting the 2014 abuse of the girls to the police, the organization also noted that it had informed relevant government ministries about the incident and measures that it instituted to prevent any recurrence.

In letters addressed to key ministers, which are published on its website, More Than Meâ€™s founder and CEO, Katie Meyler, disclosed that the news about report of sexual abuse and misconduct shocked her because the hope of the organization was that its students would become the future leaders Liberia needs and would go on to effect change throughout the country.

She said they wanted to see girlâ€™s lives defined by education and opportunity, not exploitation and poverty.

â€œWe believe it is our responsibility to serve as an example to other schools and organizations that offenders will be held accountable, and that communities that accept rape or worse, blame the survivors cannot victimize our children a second time,â€ she wrote in the letters.

She further noted that the organizationâ€™s priority after the incidents in 2014 was the safety of the students, the completion of the investigation, and taking measures to ensure the students is ever abused in the future.

â€œMore Than Me has taken steps to form a coalition of partners â€“ including HOPE, the Womenâ€™s Protection and Empowerment team at the International Rescue Committee, West Point Women for Health and Development and THINK â€“ to jointly address sexual abuse of children in the West Point community,â€ it added.

She claimed that the organization also consulted legal counsel in Liberia to ensure a smooth investigation, conduct internal probes into the event, and ensure that it was an isolated incident. However, another staff member of More Than Me, Cyrus Cooper, was also accused of raping a student in 2016, suggesting that proper measures may not have been introduced to prevent the incidents from recurring.

Amid the governmentâ€™s investigation, the select committee has also disclosed that McLane Middleton, a U.S.-based law firm with deep education and investigatory expertise, is being tasked to conduct an in-depth, independent audit of More Than Me, including its governing structure and administrative policies and practices.

The government announced recently in a release that it has reopened the case to determine new evidence and further culpability. Last week, protestors demanded that More Than Me Academy be placed under a trustee and its license to operate the 18 government schools be revoked.

However, the government has not made any pronouncement about whether More Than Me would have to relinquish control of the public schools it operates under the Liberia Education Advancement Program, formerly known as Partnership Schools for Liberia.

However, Gender Minister Piso Saydee-Tarr, speaking on behalf of the Joint Ministerial Committee established to lead the governmentâ€™s investigation of the More Than Me saga disclosed that only the organizationâ€™s private school would be placed under a financial manager, who would be named later.