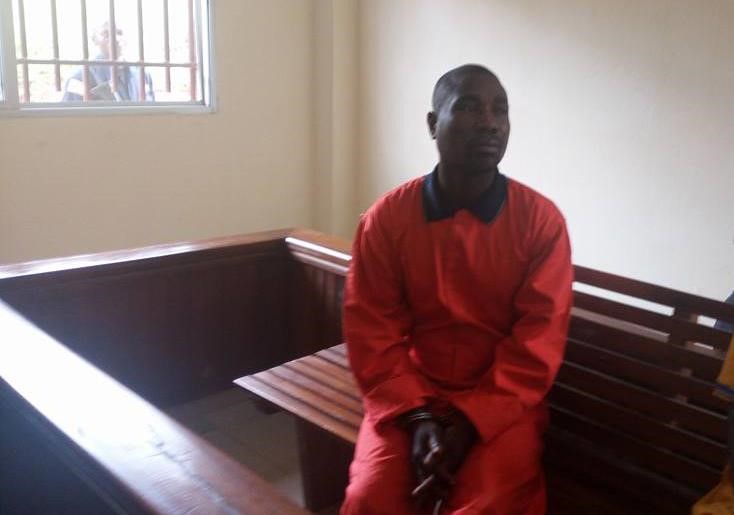 GBARNGA, Bong – The Ninth Judicial Circuit Court in Gbarnga has commenced the trial of Moses Porkpah, the man who shot and killed his girlfriend, Dorris Nyan, on June 1 this year in Cow Farm.

He also shot two traditional hunters and was later arrested by citizens nearly three months after.

Following the reading of his indictment this past Thursday in court, Porkpah pleaded guilty to the crime and asked for pardon.

Even though Porkpah admitted that he committed the crime, Judge Roosevelt Willie dropped Porkpah’s admittance and requested the state to prove the guilt. Hence, a 15-man jury was constituted to proceed with the trial. The court commenced the trial with two state witnesses taking the stand to testify against Porkpah.

The Porkpah case is just one in more than ten murder cases before the court in Bong to be fast tracked in recent times.

Two groups of citizens in Bong recently petitioned the Ministry of Justice and the leadership of the county to launch investigations into the “killings” of citizens and residents of the county.

The groups are the Bong County Women Organization and the Bong Christian Association. The groups’ petitions followed the murder of Angeline Kolleh, 29, on July 7 in Gbarnga. She had gone missing, and her decomposed body was found on August 7 by community members.

The groups staged a peaceful march in Gbarnga before petitioning the Justice Ministry and the county’s leaders.

Following the presentation of the petitions, Nah and Sheriff assured the petitioners that the government holds their concerns in “high esteem.”

“We can assure you that the days of those who are in the business of taking away innocent lives in Bong County are numbered. We will make sure that these murder cases are quickly and properly adjudicated,” Nah said. Sheriff said it saddens him to hear of the murders, especially close to elections.

“If wicked people are killing these voters, who are those we expect them to vote during these elections?” Sheriff noted.

He appealed to families of victims of the alleged murder cases to exercise restraint as authorities work to ensure that those accused in connection with the cases stand trial.

Meanwhile, many citizens of the county, including the head of the Development Education Network Liberia, Dorothy Toomann, have lauded the court in Bong for speedily commencing trail in the Moses Porkpah case.

Toomann, a leading voice for women’s rights and other advocacy issues in Bong, termed the opening of the trail as a “beginning of speedy access to justice” in the county.