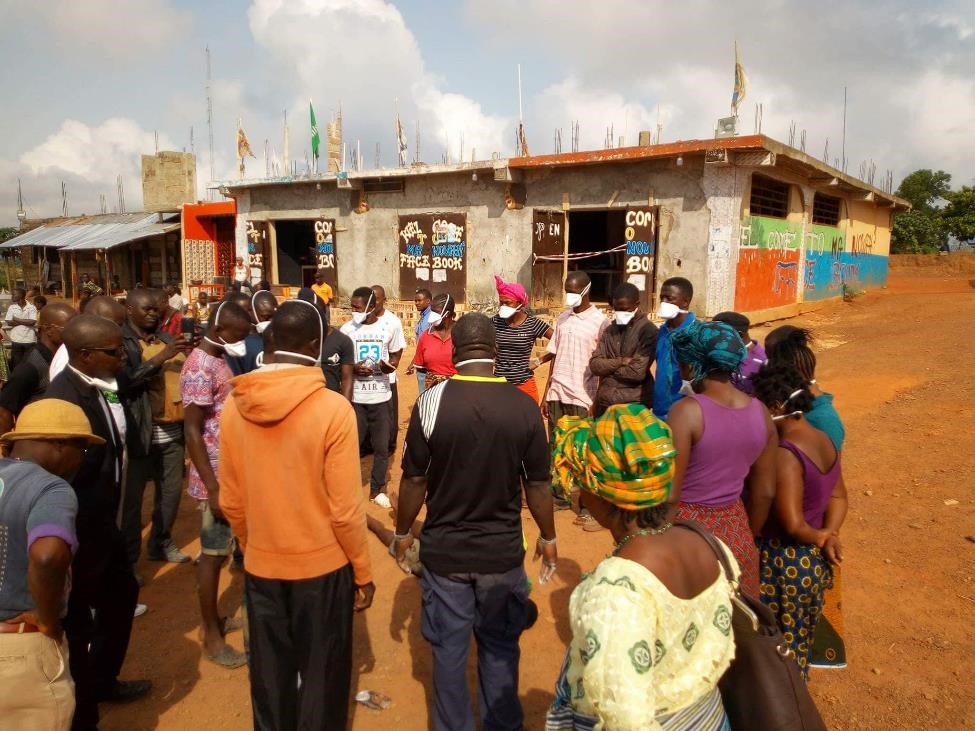 GBARNGA, Bong â€“ Police in Gbarnga are searching for a man accused of stabbing to death a 25-year-old motorcyclist, Emmanuel Saye.

The suspect, only identified as Alieu, is also said to be a member of the Bong County Motorcycle Union.

The commander of the Crime Services Department of the Liberia National Police in Bong, John Kelenso Flomo, said the incident occurred at the Facebook Entertainment Center in Gbarnga at around midnight on Thursday morning.

A 15-man jury set up to examine the body established that â€œEmmanuel Saye was stabbed on his neck,â€ Flomo told The Bush Chicken.

In addition to the juryâ€™s finding, Flomo said policeâ€™s preliminary inquiries from eyewitnesses revealed that Alieu allegedly stabbed Saye on his neck with a knife following an argument between the two of them over an unknown cause.

Alieu reportedly escaped the scene with the knife, threating to harm whoever attempted arresting him, according to witnesses.

Flomo is calling on the public to help the police establish the proper identity of Alieu, as well as assist in securing his arrest to stand trial for his alleged activities.

â€œI want to tell our citizens that this Alieu to be identified is a wanted man,â€ Flomo said. â€œNobody should harbor him; witnesses have told us that he committed this act.â€

Meanwhile, a family member of the victim, Edwin Jallah, has described that death of Saye as â€œa great loss and a big blow for their family.â€ Jallah said the family has also gathered from eyewitnesses that Saye transported passengers on his motorcycle to Facebook Entertainment Center and the passengers reportedly refused to pay the amount earlier agreed upon, which may have resulted in the argument.

Onlookers trooped in the yard of the entertainment center during the morning hours of Thursday with some recommending that stringent measures be instituted by the management to prevent people from entering the place with knives and other harmful substances.

The president of the Bong County Motorcycle Union, Samuel Elliot, says the union is closely working with the police to ensure Alieu is arrested.

Elliot told The Bush Chicken that another motorcyclist reportedly drowned in a waterfall close to Gbarnga. He said the body of the cyclist has not yet been found, and the union is also assisting the police in the search.