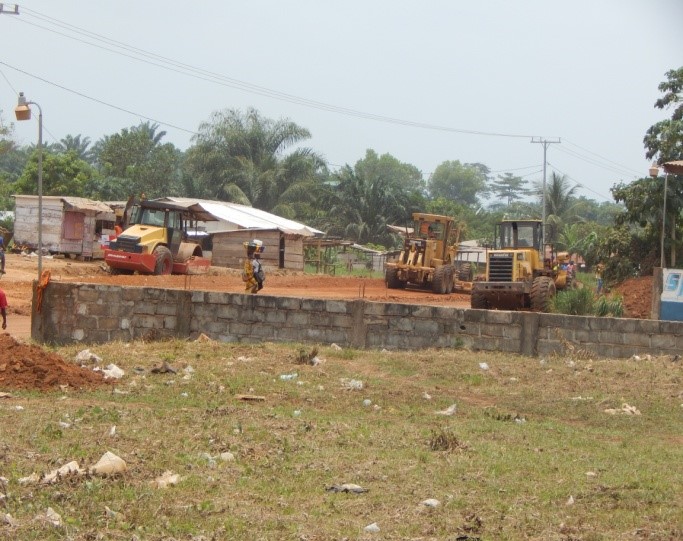 GANTA, Nimba â€“ The Ministry of Public Works, through its Resident Engineer, G. Lahaison Waritay, has informed individuals with properties marked for demolition between Jackieâ€™s Guest House and the Ganta-Guinea Border to leave the area immediately.

He said the maintenance team from the Ministry of Public Works intends to carry out a demolition exercise.

In phone calls to Radio Kergheamahn and Voice of Gompa, Waritay said some individuals had already received government compensation for their property but were still refusing to leave their properties. He recalled that those individuals were paid in April 2015, and the government granted them a time extension to enable them to make moving arrangements.

Regrettably, he said, they have not moved. Therefore, the government was left with no other option but â€œdemolition by force.â€

â€œIn view of this, the Ministry will send a team to Nimba County to carry out this exercise that will begin January 4, 2016,â€ Waritay said.

Further, the Nimba County Resident Engineer said the team from the Ministry of Public Works would also visit tree crop owners in the right of way from Sippi Village to the Sanniquellie welcome gate to hold discussions about the crops that would be affected by construction.

In a related development, Waritay disclosed that a 90-kilometer road project in Tappita District had commenced. The project will see the road from Grei to Behwalay reconstructed through the Swedish International Development Agency feeder road rehabilitation initiatives.

In Late 2015; SIDA carried out similar projects in the Electoral District One of Nimba, connecting several streets in Ganta.