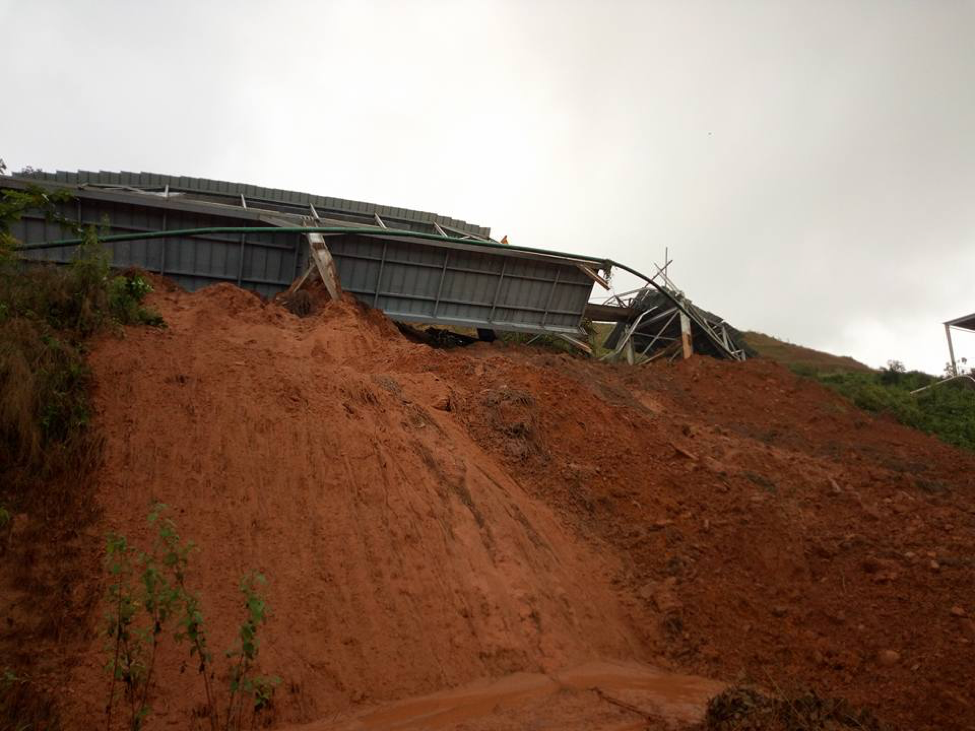 BONG MINES, Bong â€“ Heavy rains have caused a severe mudslide in the concession area of China Union, in Fuamah District in Lower Bong, resulting in severe damage to the companyâ€™s equipment.

According to reports, the mudslide took place during the late morning hours of Wednesday, after a night of incessant rainstorms.

There were, however, no reports of human casualties due to the mudslide but there were substantial damages to the crusher and conveyor belts, which are responsible for processing the ore before it is shipped to the Freeport of Monrovia.

China Union is a Chinese state-owned enterprise with a US$2.6 billion dollars investment. The company took over the mining concession of the former defunct Bong Mining Company, which halted its mining activities because of the Liberian civil crisis.

An employee of China Union, Franklin Tyler, said while on his normal duty late Wednesday morning, he heard a sudden loud sound on the crusher and conveyor belt and watched the equipment break right in the middle. The equipment was situated on one of the mountains on the Bong Mountain Range.

Tyler said following the incident, he hurried down the mines to alert his superiors about the occurrence.

China Unionâ€™s public relations officer, Morris Tate, said the situation was very grave but he was quick to point out that it would not stop the company from resuming its mining activities in early January 2018.

Tate also said though the management of China Union was sad about the incident, the company was grateful that there were no human casualties. He also said future mudslides are expected to occur.

â€œWe are worried, if the heavy downpour of rain continues, there might be more mudslides,â€ he said.

He added that the management of China Union is assessing the situation and will subsequently come out with the total cost of the level of damage done to its crusher.

This is the second mudslide incident in over 30 years occurring in an iron ore mining concession. In September of 1981, there was a mudslide that took place at the National Iron Ore Company. The incident became known as the â€œCamp No-way Disasterâ€ and it left several persons dead.