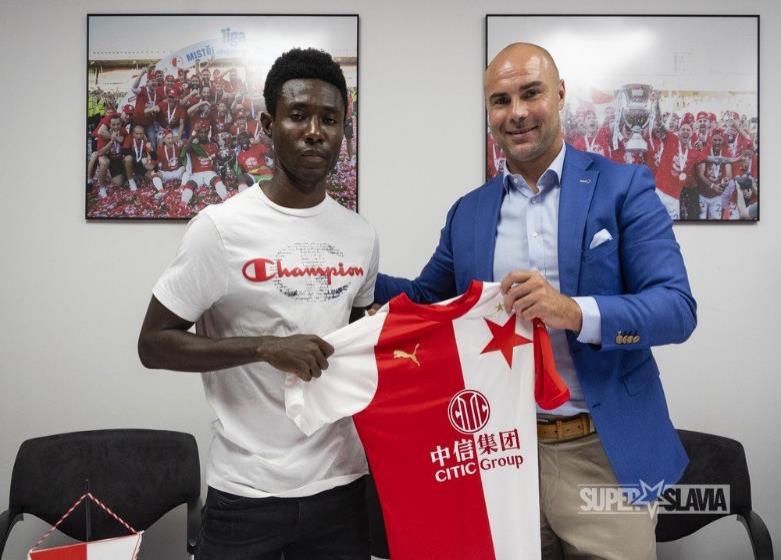 Liberian international midfielder Murphy Oscar Dorley has joined one of the most successful clubs in the Czech football.

The 21-year-old midfielder made a big move by joining five-time Czech league and nine-time Czech FA Cup champions, SK Slavia Prague, on a four-year deal from Slovan Liberec for an undisclosed amount.

With the 2019 European summer transfer window about to draw down, the former Monrovia Club Breweries midfielder moved to the club that is currently participating in the UEFA Champions League qualifying round. However, he will remain with his current club, Slovan Liberec, until the end of the 2019-20 season.

Dorley completed a dream move to Europe in 2016 when he joined Lithuanian club FK Trakai. He performed brilliantly with FK Trakai in the league and the Europa League qualifiers, drawing the attention of some top European clubs. Despite interests from big clubs, he moved to Slovan Liberec in the Czech League on loan with the option to buy during the 2018 winter transfer. After the six months loan, Slovan Liberec signed the Liberian midfielder who made an instant impact on the team.

His time with Slovan Liberec became fruitful as he was rumored to be chased by English Premier League giants Manchester City Football Club. However, a deal to join Manchester City didn’t materialize and he moved to the current Czech league champions, SK Slavia Prague.