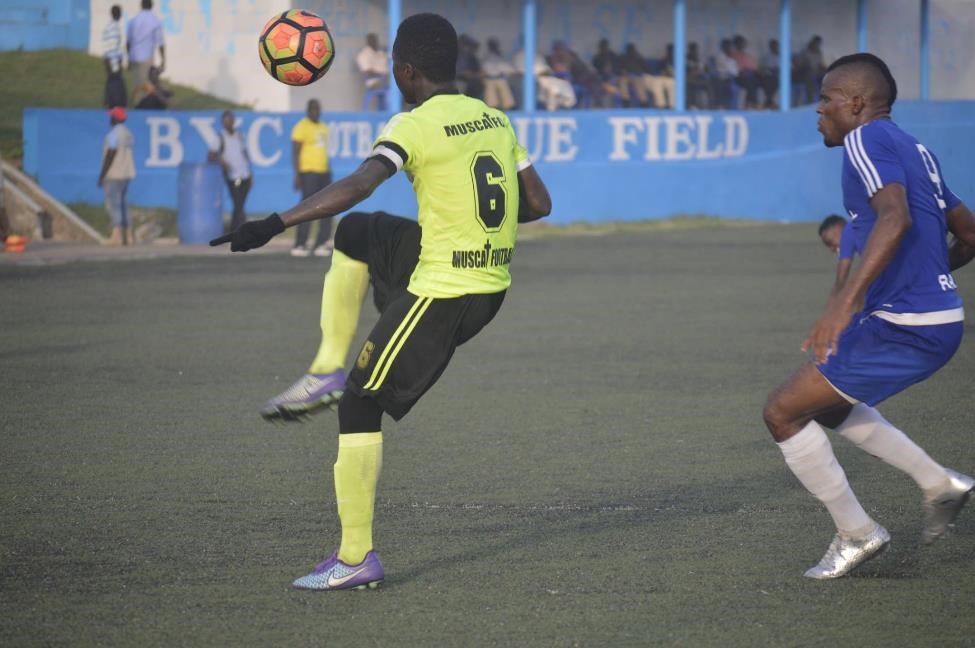 The match against Muscat Football Club was expected to be an easy ride for the Go Blue Boys. BYCâ€™s high profile signings and higher stature seemed to give them the edge over Muscat.

It was a first division club going against a third division club on the papers, but the experiences of the players of both teams on the pitch were comparable. As both teams walked on the pitch before the match, the only result that ran through the minds of many was a win for BYC to set up a semifinal clash with Bea Mountain.

However, it was a different story in the end as the underdogs pulled out a surprising 3-0 win at the Blue Field.

The host paid for their slow start of the match when they conceded in the 31st minute. Margibiâ€™s wunderkind, Wurrie Barry, assisted Joe Seigbeh, who shot bottom of the net to beat BYCâ€™s goalkeeper, Alpha Jalloh.

The underdogs took the lead and the host fell under the pressure to get the equalizer. Muscat played as if they were playing against a team of their division as they controlled the match and prevented BYC from scoring in the first half. The third division side went to the break up by a goal and there were huge expectations of BYC returning stronger to overturn the score.

It wasnâ€™t the case after the break as Muscat continued their dominance. The Paynesville-based club returned with a push for a second goal to stand a chance of winning the match. Fallah Sheriff nearly got the equalizer in the 50th minute with a counterattack but saw his shot on goal blocked by Emmanuel Reyah, who placed it out for a corner.

The host continued their poor performance and were punished for not getting an equalizer 25 minutes after the resumption of the second half. A blunder from Alpha Jalloh in goal doubled Muscatâ€™s lead as life began difficult for the favorites. Lassana Sonnie struck from 40 yards direct at Jalloh who let the ball slipped off his gloves. An embarrassing moment for Jalloh but a jubilant mood for Muscat and their traveling fans.

More than 70 minutes of play, BYC couldnâ€™t register a single goal on their own home ground as Muscatâ€™s victory was appearing to be a sure one while BYC was falling to an embarrassing defeat. The match was finally laid to rest in the 81st minute when Muscat added their third goal. Bongâ€™s star player, Mark Mensah, scored a beautiful volley to condemn BYC to a 3-0 defeat.