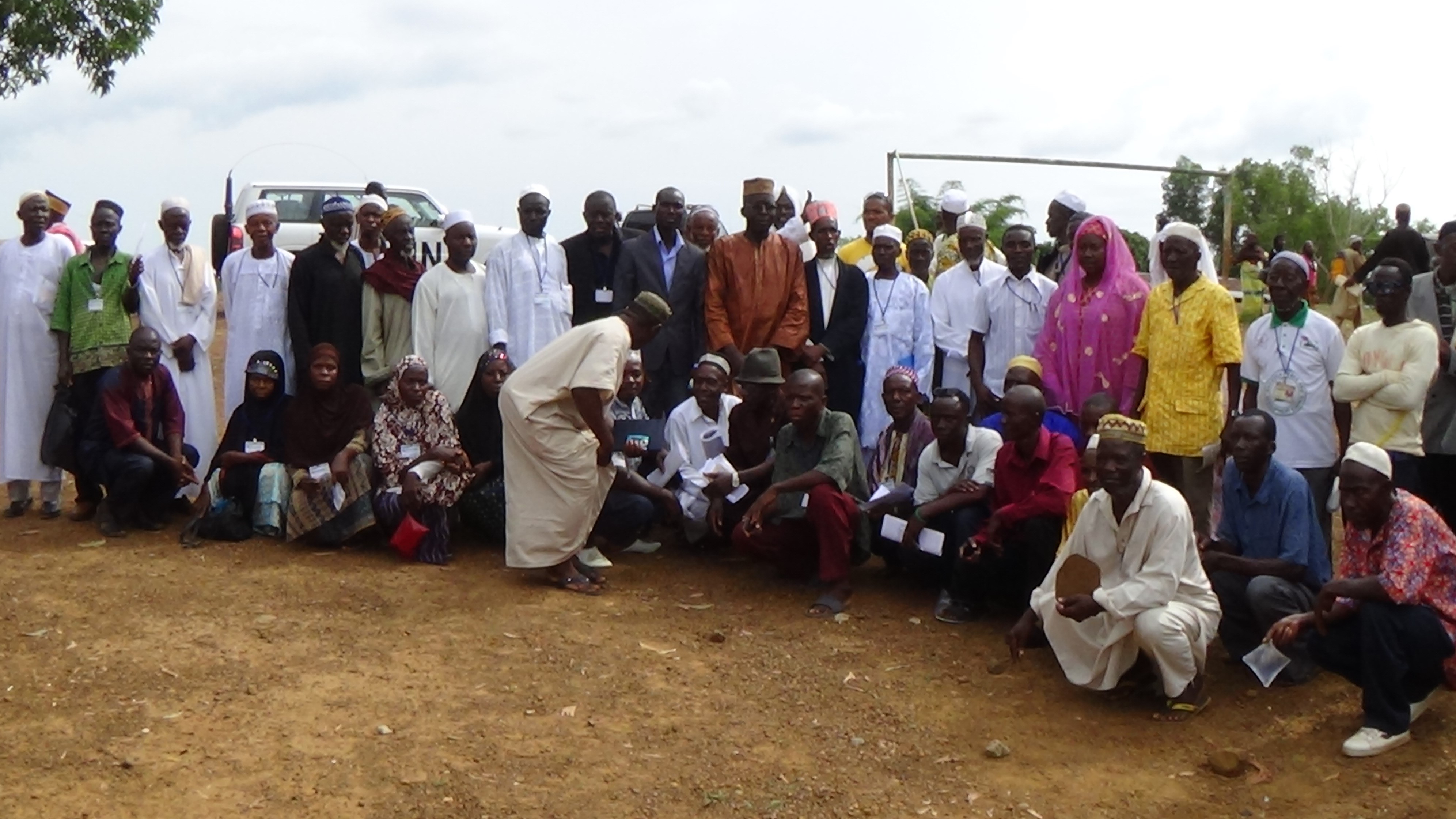 MONROVIA, Montserrado – A petition that seeks to obstruct any referendum that will include the quest to make Liberia a Christian state has been presented to the national legislature.

The petition was presented on Tuesday by the group, Islam Solidarity for Peace and Democracy in collaboration with Islamic leaders and organizations.

It follows the recently ended constitution review committee held in Gbarnga, Bong County when Proposition 24, which seeks to declare Liberia a Christian state, was endorsed by delegates of the convention.

The petition stated that the 1986 constitution should be upheld and interpreted as the organic law of the land, adding that they will categorically reject any attempt that will give rise to a referendum purposed at making Proposition 24 form part of the Liberian constitution. The petition further added, â€œthe government must ensure the unconditional protection of our socio-economic and political rights as guaranteed in the 1986 Constitution regardless of ethnic and religious backgrounds.â€™â€™

â€˜â€™The government of Liberia through the national legislature must ensure the immediate inclusion of more Islamic institutions, especially schools, in its annual budgetary allocationsÂ  inÂ  the form of subsidy as it is in the case of Christian institutions,â€™â€™ the petition maintained.

Stressing further it added,â€™â€™ Muslims in Liberia will continue to recognize the 1986 constitution as the only organic laws of Liberia and fully adhere to its provisions until such provisions are abridged by those responsible to uphold and enforce the same. Thereby allowing Christian fundamentalists to wrongfully impose their will on the constitution against the common good of the Liberian people. And in that event, Muslims in Liberia will resort to unrestricted and perpetual civil disobedience to any such Christian theocratic laws and policies.â€™â€™

The petition Â presented to the legislature is a resolution on the proposition to â€˜â€™ Make Liberia a Christian nationâ€™â€™ adopted by delegates at a 3-day National Muslim Conference held in the town of Sinje, Garwula-District, Grand Cape Mount County between April 30 to May 2, 2015.

11 hours ago by George Momo