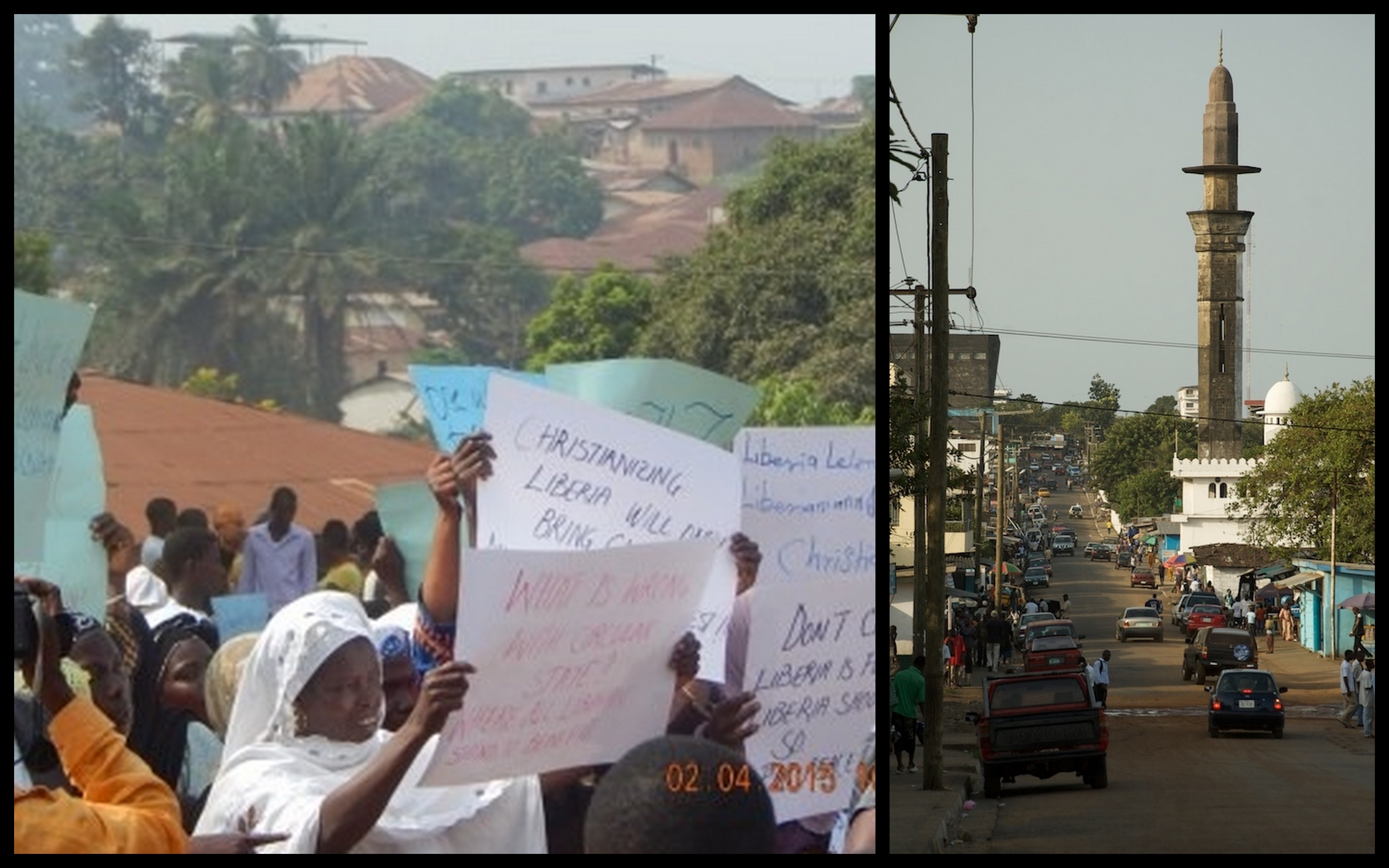 Monrovia, Montserrado â€“ Barely three weeks after the National Constitutional Review Conference in Gbarnga, where delegates approved the suggested changed to declare Liberia a Christian nation, Muslims in Liberia are condemning the act and are expected to hold a national conference.

The Liberian National Muslim Conference, which will be held in Senji, Grand Cape Mount County, will take place from April 30th to May 2nd, 2015.
The three-day program will be visited by Islamic government officials, Islamic Scholars, traditional leaders, as well as international observers including UNMIL.

The conference is being organized by the Islamic Solidarity for Peace and Democracy for the Muslim community to present a unified voice to the Liberian government on what they consider to be gross discrimination of Muslims by Christians in Liberia.

Speaking to reporters in Monrovia from the organizationâ€™s headquarters, the public relations officer of the ISPD, Ben Habib Kiawoin, disclosed that speakers at the conference this weekend will deliberate on issues deriving from the National Constitution Review Conference.

Kiawoin said the conference seeks to condense the variety of views from the Liberians Muslim community into a strong position statement. He said the conference organizers intend to present that statement to the National Legislature, diplomatic missions in Liberia, as well as international organizations.

In what they see as continual erosion of the representation of Muslims in Liberian society, the ISPD also said it was disappointed over the recent government officials appointed by President Ellen Johnson Sirleaf. The ISPD claims that six of the appointees are Christians, one Muslim and none are traditional leaders.

According to a three-page document presented to ECOWAS, UNMIL and African Union representatives, the group stated that during the consultation process conducted by the Constitution Review Committee, suggestions made by Muslim organizations were ignored.

â€œDisappointingly, the CRC failed to reflect any of the recommendations advanced by the [National Muslim Council of Liberia] and other Muslims in the country in the final document present by the CRC for endorsement in the constitution review conference held in Gbarnga, Bong County,â€ the letter said.

â€œEven though several attempts were made by delegates of the Muslim community and other peace minded Liberians to seek redress, the CRC persistently refused to make any response to the concerns raised by the Muslim community with respect to their marginalization by the CRC,â€ the letter continued.

The group said in the letter that although the current constitution considers all Liberians equal before the law and that Liberia is a multicultural and multi-religious state, â€œThere has been prolonged marginalization of [Muslims].â€

The ISPD said that in the absence of the Islamic community and those from various other religious backgrounds, the delegates of the National Constitutional Review Conference overwhelmingly voted for a Christian state.

ISPD therefore called on the international community to immediately intervene against what they referred to as an undemocratic decision which could incite chaos in the country.

“We as Muslims of Liberia view this result of the CRC unacceptable, counterproductive and inhuman and wicked on the part of some [Christians] and thus we are not prepared to live under such condition,â€ the group said.