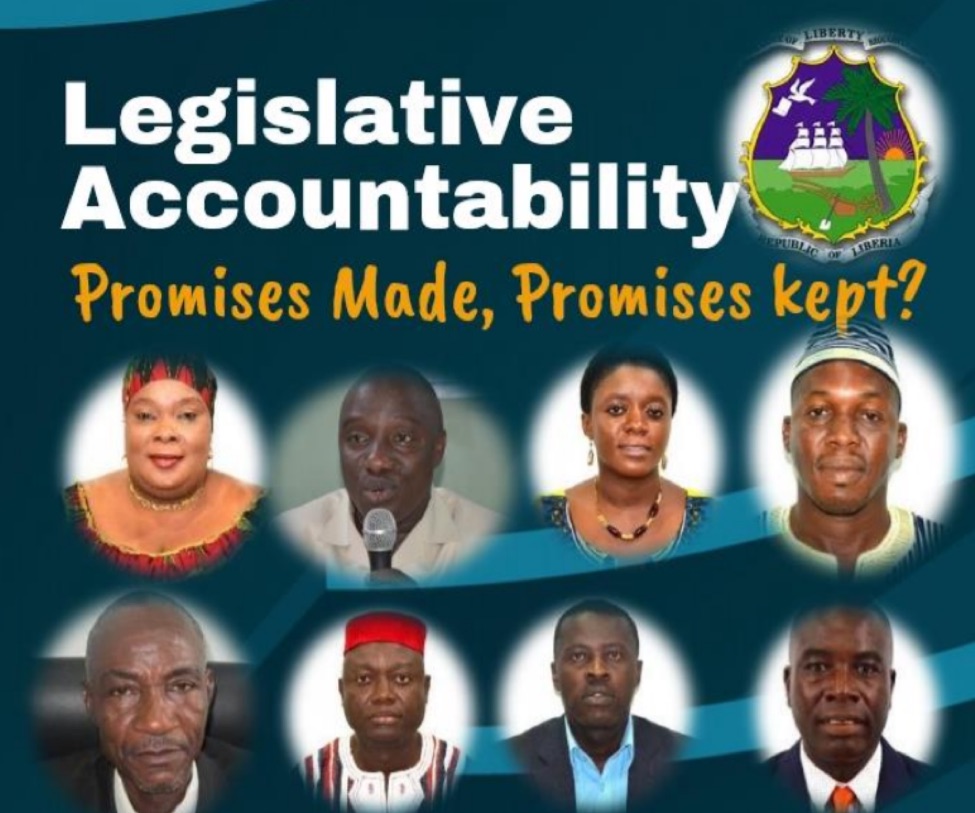 MONROVIA, Montserrado – Pro-democracy groupNAYMOTE Partners for Democratic Development has released a report tracking the performance of 12 lawmakers serving in the 54th National Legislature.

The report features selected representatives in four counties: Montserrado, Bong, Nimba, Grand Gedeh, and River Gee. It focused on the lawmakersâ€™ campaign promises documented and rated them against progress made in implementing the promises. The Institute for Research and Democratic Development documented those promises during the 2017 legislative elections.

The report was made possible through a grant from the National Endowment for Democracy. It disclosed that 97 campaign promises by the selected lawmakers were identified, documented, tracked, and rated.

It further reported that 27 of the promises currently ongoing are in the areas of health, and education which accounts for 15.

The report said the promises are directly linked to the first pillar of the administrationâ€™s Pro-Poor Agenda for Prosperity and Development â€“ Power to the People and are also linked to the United Nationsâ€™ Sustainable Development Goals.

The organization said the report was free of political bias and findings are not based on any personâ€™s opinion or driven by emotion, instead, they are objectively verified.

â€œThe findings are informed by evidence triangulated from at least three sources in order to demonstrate due diligence,â€ it stressed.

The group said it used several distinct but inter-related quantitative data monitoring tools to document the promises, including extraction, verification, tracking, and monitoring.

In its recommendations, NAYMOTE called on lawmakers and other elected officials to revise campaign promises and make it more time-bound and quantify them for ease of tracking. It said public education was needed to help citizens understand the workings of their lawmakers. At the same time, NAYMOTE called for lawmakers to be more accessible, responsive, and accountable to the needs of their constituents.

â€œThere is need [for there] to be a distinction between the County Development Funds projects and lawmakersâ€™ self-supported projects, to ensure accountability and transparency for public funds,â€ it added.

The Legislative Accountability Project is an independent monitoring and tracking tool that enables civil society actors and voters to evaluate the implementation of campaign promises made by elected lawmakers.

Although the project focused only on 12 selected electoral districts, the report reveals that a review of all 73 lawmakersâ€™ campaign promises showed that 54 lawmakers mentioned scholarships and improving education within their respective districts as part of their campaign promises, 35 promised to provide quality healthcare in their respective districts, while seven others promised to introduce new legislations that will impact the lives of their constituents.

NAYMOTE, however, hopes to sustain the program and extend to the remaining electoral districts until the next election.

â€œNAYMOTE is seeking financial support to expand the project across to other electoral districts in Liberia, which would help to reinforce and advance the countryâ€™s democratic consolidation, thereby supporting the governmentâ€™s Pro-Poor Agenda for better governance,â€ the organization said.

The project is based on the theory that when citizens have access to information on the status of their elected lawmakersâ€™ campaign promises, they become more engaged and they are more informed about their lawmaker’s action, able to hold them accountable and make informed decisions at the ballot box.