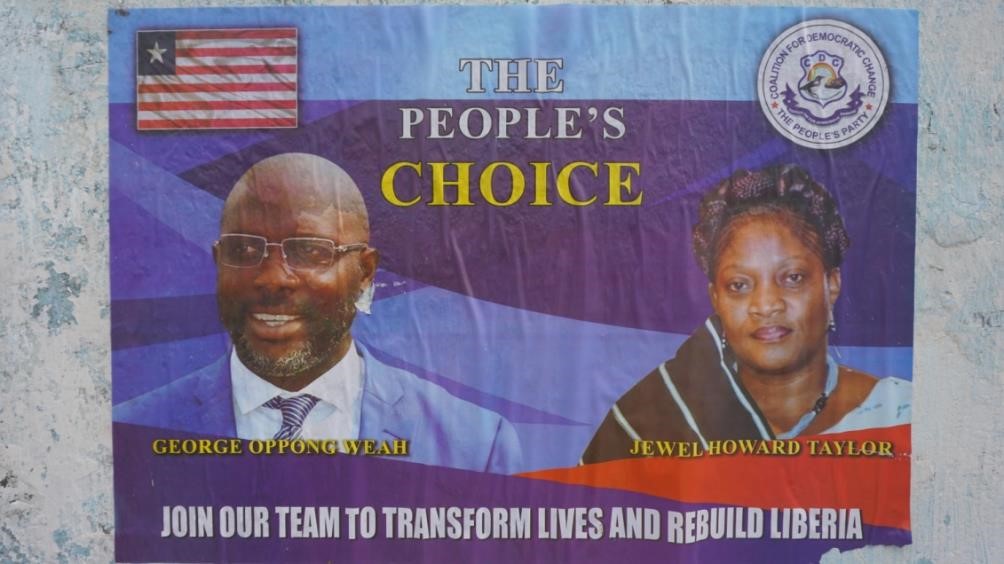 MONROVIA, Montserrado â€“ The National Elections Commission has warned four political parties for engaging in campaigning ahead of the period set aside for campaigning for the upcoming October 2017 general and presidential elections.

The four political parties are the Coalition for Democratic Change, Unity Party, Liberty Party and the Movement for Economic Empowerment.

According to the elections regulations and guidelines, NEC defines campaigning as any activity of an aspirant, candidate, political party, coalition, alliance, political movement or others done for the purpose of electing or promoting an aspirant or candidate for elective public office.

Henry B. Flomo, NECâ€™s director of communications, said after the commission noticed posters posted by the four political parties at various locations in Monrovia, they were called to a meeting. Flomo said the chairpersons from three political parties were at the meeting including Nathaniel McGill of CDC, Wilmot Paye of UP, and Benjamin Sanvee of LP.

The party chairs admitted violating the rules, Flomo said, adding that â€œthey also recommitted themselves to respecting the regulations that govern campaigning in the country.â€

However, Flomo said UPâ€™s Paye had argued that the billboard of Joseph Boakai pertained to a book launch, but the commission â€œreminded Paye that Boakai is contesting as a presidential candidate.â€

Flomo said the Movement for Economic Empowerment was not represented at the meeting. NEC did not levy any penalties against the parties for violating the campaign regulations, but Flomo said the commission strongly warned them.

Following the close of the meeting with the three political parties and NEC officials, the posters in question were still posted.

Campaigning for the elections officially starts on July 31.