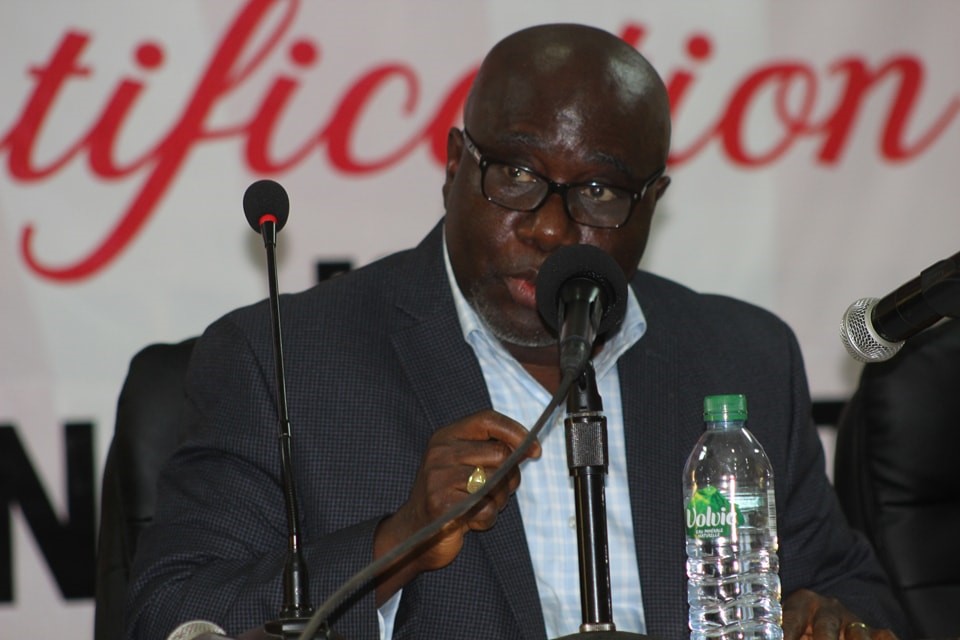 MONROVIA, Montserrado â€“ With less than seven months to go until senatorial elections in October this year, the National Elections Commission says the elections may not go ahead if the government fails to provide the US$17 million in funding it promised the commission.

Concerns about the pending elections were recently raised before the National Legislature, where senators questioned why NEC has not yet released a calendar of events for the elections, which it had previously assured lawmakers it would do by this time.

Senators are anxious to resolve the matter of elections funding and had previously summoned Finance Minister Samuel Tweah to clarify the question. But Tweah informed lawmakers he would be unable to appear before the Senate until March 5, 2020.

The lack of funding for the elections was a concern to lawmakers and the public early to mid-2019 when the economy began to deteriorate with high inflations and revenue underperformance let to major cuts in public spending and civil servant wages.

However, senators are pushing back against the governmentâ€™s excuse of financial constraints.

Sen. Jonathan Kaipay of Grand Bassa, in a recent Senate session, insisted that the elections must be taken seriously, as it is â€œthe pillar that sustains the democracy Liberians enjoy today.â€

Sen. Oscar Cooper of Margibi also voiced his own concerns, noting that proper planning was needed to avoid the type of discrepancies in the voter roll seen during the 2017 elections.

â€œIf we do not make noise now and wait for elections and there is none, there will be a problem,â€ he said. â€œElections are a serious thing. They uphold our democracy. So when you toy with elections and the voters donâ€™t have confidence in the process, you are condemning the democratic process of this country to failure.â€

Sen. Milton Teahjay also expressed similar concerns, emphasizing the seriousness of elections to Liberiaâ€™s political governance. Teahjay warned that the elections process must not be tampered with by anyone.

Sen. Abraham Darius Dillon of Montserrado also seized the Senate floor to remind lawmakers of their duty to ensure that NEC receives the funding it needs to hold timely elections. The constitutionality of the elections, Dillon stressed, cannot be compromised by NEC, the central government, or legislators. Not holding elections would amount to a â€œgross violation of the constitutionâ€ in which the legislature will be complicit, he said.

The implication of the NECâ€™s failure to hold elections in October is that all senators who are up for re-election would lose their constitutional authorities as lawmakers. Sen. Dillon has said he would resign from the Senate effective Monday, October 2, 2020 if elections are not held.

NEC released a timetable for the mid-term elections in December 2019, noting that awareness activities for the updating of the voter roll should have already been completed and that the voter roll update period should take place between March 16 and 22.

Korkoya had already said NEC cut down many activities to ensure that it remained within the passed budget.

NEC has not yet placed orders for voter registration materials or begun hiring and training poll workers.

NECâ€™s credibility as an able and impartial institution is now at stake in light of this funding uncertainty and delays in pre-election activities. Korkoya has warned that â€œif credibility is defined within the context of voter registration, then we have some serious problems there.â€

With only seven more months to go, electorates and senatorial aspirants anxiously wait to hear when the government releases funding for the process. The constitutional crisis which may arise because of the cancellation of elections is one the government cannot afford to confront.