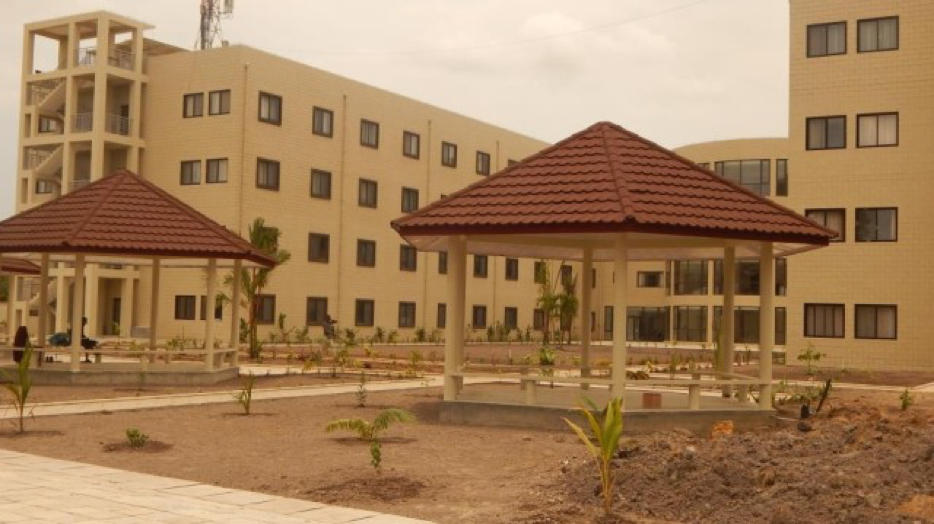 MONROVIA, Montserrado â€“ For failing to honor a request from plenary of the House of Representatives to appear before it on Thursday to respond to allegations of bad labor practices and contempt charges, Farmington Hotel has been slapped with an additional charge of legislative contempt.

The additional charge of contempt suggests that the management would face additional action, prescribed by the plenary.

In a motion by Lofaâ€™s third district representative, Clarence Massaquoi, the lawmakers called the action of the hotel a â€œgross disrespectâ€ to their authority.

In a letter addressed to the chief clerk of the House of Representatives, filled with grammatical errors and signed by an unknown person, Farmington Hotel said its general manager had left the country on the same Thursday of his appearance, to attend to some family issues.

The hotel requested that its managerâ€™s appearance be rescheduled at the convenience of the lawmakers in the first week of April, upon the arrival of its manager.

â€œIn view of the above, we asked [sic] that you please consider us to appear before plenary in the first week in April at your convenience [sic] time,â€ the letter read.

On Tuesday, the House had ordered its chief clerk, Mildred Sayon, to invite the general manager, human resource manager, or director and chief of security of the hotel to appear before it on Thursday to respond to allegations of bad labor practices, and a charge for contempt for obstructing legislative functions.

The decision followed a complaint from Margibiâ€™s second district representative, Ivar Jones, that the hotel was engaged in bad labor practices against its Liberian employees. According to a release, Jones also accused the hotelâ€™s chief of security of obstructing his legislative functions by ordering him to leave the hotelâ€™s premises while he was listening to aggrieved workers.

The Margibi lawmaker also told The Bush Chicken that evidence in his possession indicates that the allegations against the hotel management are true.

He said the management includes a clause in staff contracts that bans them from forming a workerâ€™s association and speaking to the press on working conditions there.

He said the security and safety of Liberians working at the hotel was also poor, as management has refused to provide transportation for staff leaving work at night.

A group of workers at the Farmington Hotel had complained about the labor practices of the hotel during a three-day orientation organized for members of the House of Representatives by the National Democratic Institute at the hotel.

According to a previous Bush Chicken report, the workers were at the verge of staging a protest when they heard that the lawmakers would undergo a three-day orientation at the hotel. They, however, abandoned their protest when some lawmakers intervened and offered to listen to their complaints about the management of the Farmington Hotel.

The workers complained of consistent molestation, intimidation, and abuse by senior staff, especially the immigrant workers, while on duty. They also alleged that the hotel management failed to live up to the contract signed and when staff members brought up the issue, they were either suspended or had their contracts terminated.

Other accusations are the failure of the management to pay them double for working on holidays, as stipulated in their contracts.

Farmington Hotel is a US$20 million investment located by the Farmington River, opposite the Roberts International Airport.

It is owned by the Liberia-based AJA Group and its partners and is being operated by CambellGray Hotels, a renowned high-end hotel group from the U.K., which operates iconic properties including the Phoenicia in Malta and Le Gray in Beirut.

â€œEditorâ€™s note: A previous version of this article noted that CampbellGray Hotels operates One Aldwych in London. One Aldwych is independent and privately owned. While Gordon Campbell Gray was once managing director of One Aldwych, he stepped down in 2010.â€