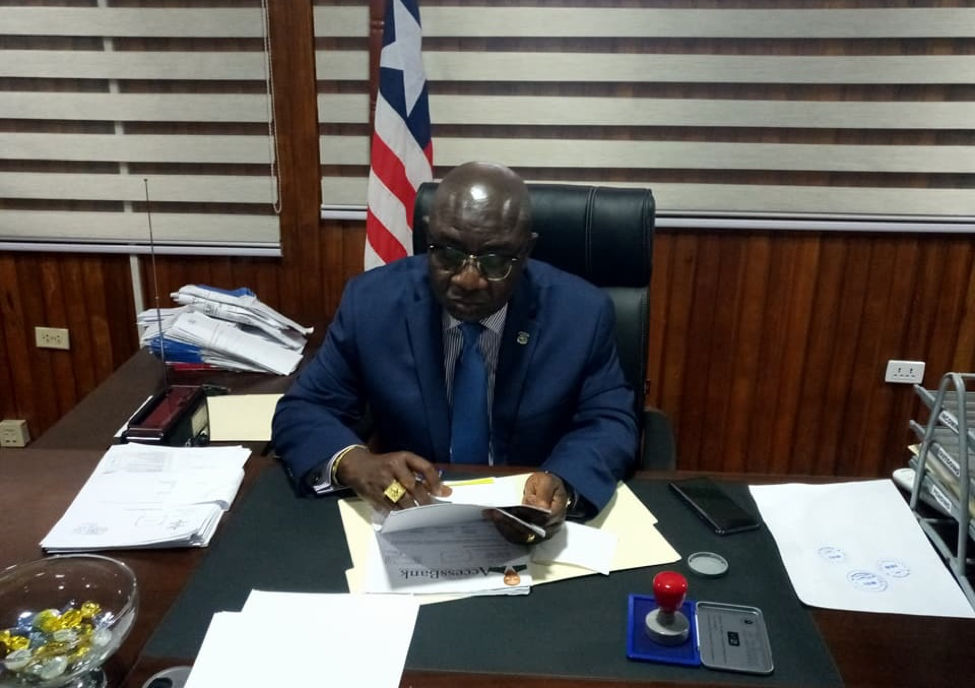 MONROVIA, Montserrado – The new minister of labor, Moses Kollie, has committed his leadership to vigorously enforcing the 2015 Decent Work Act and other policies governing the sector.

Kollie made the commitment when he met and had separate discussions with stakeholders in the sector, including officials of the Liberia Labor Congress, the Liberia Chamber of Commerce, and the Firestone Agricultural Workers Union of Liberia.

He said the ministry would monitor employers more strictly to ensure that they comply with the law.

“If the law is fully implemented, there will be great improvement and better relationships not only with employees and their employers but also, the government,” Kollie said.

He said under the ‘pro-poor’ government, his administration will push back against practices by employers to violate the rights of workers.

The new law also requires that a Minimum Wage Board be established after two years to study and propose increases in the minimum wage depending on the existing economic condition.

The law also requires employers to publish a summary of key rules, in addition to personnel manuals, at their place of work. Employers who violate these rules are liable to fines by labor inspectors.

According to a press release issued by the Ministry of Labor, the ministry is already taking steps to start enforcing the law by denying requests for at least six work permits for foreign nationals.

The ministry says the applications for three Syrians, an Indian, a Lebanese, and a Filipino were denied upon review of requests by the United Motor Company and Internal Aluminum Factory. The ministry said the positions of chief mechanic, mechanical engineer, cabinet and Alubond specialist, and curtain wall engineer were all jobs that Liberians are capable of doing. Therefore, it is irrelevant to hire expatriates.

At the same time, the ministry is requesting all employers in the country to make full disclosure of alien workers they have employed. The ministry said in a public service announcement issued over the weekend that the exercise takes immediate effect and entities have up to March 31 to comply.

“Please be warned that any noncompliance to this mandate will be a serious violation of the Labor Law and will be dealt with in keeping with the laws of the Republic of Liberia,” the announcement disclosed.

It disclosed that a joint nationwide inspection of employers to evaluate the full adherence to labor regulations would kick off on April 1, 2014. The exercise would be carried out by the Ministry of Labor, the Liberia Revenue Authority, and the Liberia Immigration Service.

Kollie, the labor minister, said he had also met with the management and workers’ representatives at Bea Mountain gold mine in Grand Cape Mount, where he spoke against the practice of subcontracting to avoid providing benefits to workers.

Kollie said employers were using subcontractors as a means of evading their responsibilities to workers.

“We notice that this new phenomenon of subcontracting employment service, which is not only unique with Bea Mountain, is a concern of the ministry,” he said. “I feel strongly, things should change so that our Liberian employees can start to benefit from insurance, retirement packages, and others.”

Featured photo courtesy of the Ministry of Labor