MONROVIA, Montserrado – Amid criticism of its handling of a third wave of the COVID-19 pandemic, the government has announced new measures to prevent a surge in infections.

According to a revised COVID-19 national guideline from the Health Ministry, passengers traveling from India, Pakistan, and Bangladesh within the last 14 days will not be allowed entry into the country. Within those countries, the Delta variant of the virus has become overwhelmingly prevalent and fueled a rise in cases that overwhelmed the health systems in those countries – most notably in India.

Meanwhile, health authorities believe that Liberia’s third wave of infections results from another variant of the COVID-19 virus being prevalent in the country the Alpha variant.

The new guidelines noted that government offices would reduce their staff by 50 percent to allow some staff to work from home. It also limited gatherings – including weddings and funerals – to no more than 20 persons and warned that “the government may be compelled to impose a lockdown and or curfew if the guidelines are not fully complied with.”

The Health Ministry also advised the public to observe health protocols such as mask-wearing in public places, social distancing, and washing hands with soap and clean water or alcohol-based hand sanitizer.

“Transportation of dead bodies in and out of the country of confirmed COVID-19 persons at this time of emergency is prohibited,” the guidelines added.

The measures were imposed shortly after Pres. George Weah addressed the nation on the prevalence of the Alpha strain of the COVID-19 virus in the country and the resulting increase in cases.

“The [health] minister informed the cabinet that hospitals are presently full, with people experiencing breathing difficulties, and that there are 50 patients in the treatment unit, 33 of whom are severely ill,” Weah said.

“This is far more alarming than when we were experiencing our first wave, and we are told that this new COVID-19 variant is even more deadly than the two previous strains experienced since last March when we got our index case.”

Over the past weeks, as it became clearer that Liberia was entering the third wave of infections, the Health Ministry has often appeared unprepared.

Health Minister Wilhelmina Jallah recently told journalists that health workers were searching for nearly 140 people who had tested positive for COVID-19 in the last few weeks but had not reported to health facilities for treatment and isolation.

Jallah explained that the ministry became aware of the problem when its COVID-19 management team noticed a discrepancy between those being treated and test results as it tried to get a handle on coronavirus infections.

“Efforts are underway to trace those who had tested positive, as healthcare workers are finding it difficult because contact details provided by the escapees were incorrect,” she said. 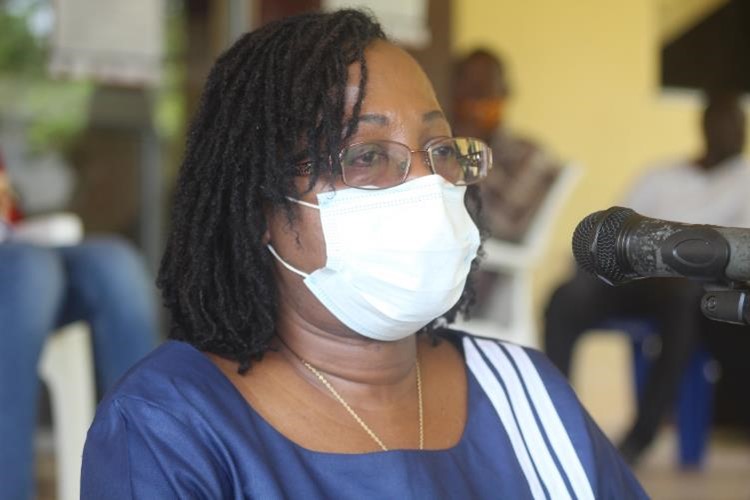 According to Jallah, those who tested positive had provided their names and telephone numbers, but when health workers called them, the numbers were either fake, or the contacts “are hiding from us.”

“The group includes people who had gone to get a COVID-19 test as they planned to travel outside the country,” she said.

The minister pleaded with the individuals to “please answer your phones,” saying it was critical to trace them to stop further transmission of the virus.

Besides the debacle with tracking contacts who had tested positive, another misstep by health authorities is the delay in temporarily banning travelers from India, Bangladesh, and Pakistan. Countries like the U.K. and the U.S. had done so in April when deaths due to COVID-19 were numbering over 3,000 a day in India. Liberia’s ban against travelers from those countries is coming almost two months later.

Previous rounds of guidelines issued by the government calling for mask-wearing and social distancing in public were rarely adhered to. It is unclear whether Liberians have the appetite for more restrictions, given the prolonged negative impact the pandemic has already had on the economy.

A visit by The Bush Chicken to the overcrowded Waterside Market in Central Monrovia a day after the new guidelines were issued observed that most traders and buyers were not wearing masks or observing social distancing.

“I am trying to earn a living by selling slippers,” said Betty Flomo, a trader who expressed annoyance at always being told to wear a mask. She said she had worn a mask in the past but found it difficult breathing. In fact, Flomo said wearing a mask was bad for business: “Most people do not purchase my goods if I wear a mask in the market.”